KAPAʻAU, Hawaiʻi - The public was invited to attend the ballfield naming ceremony, and watch Takata throw out the first pitch. 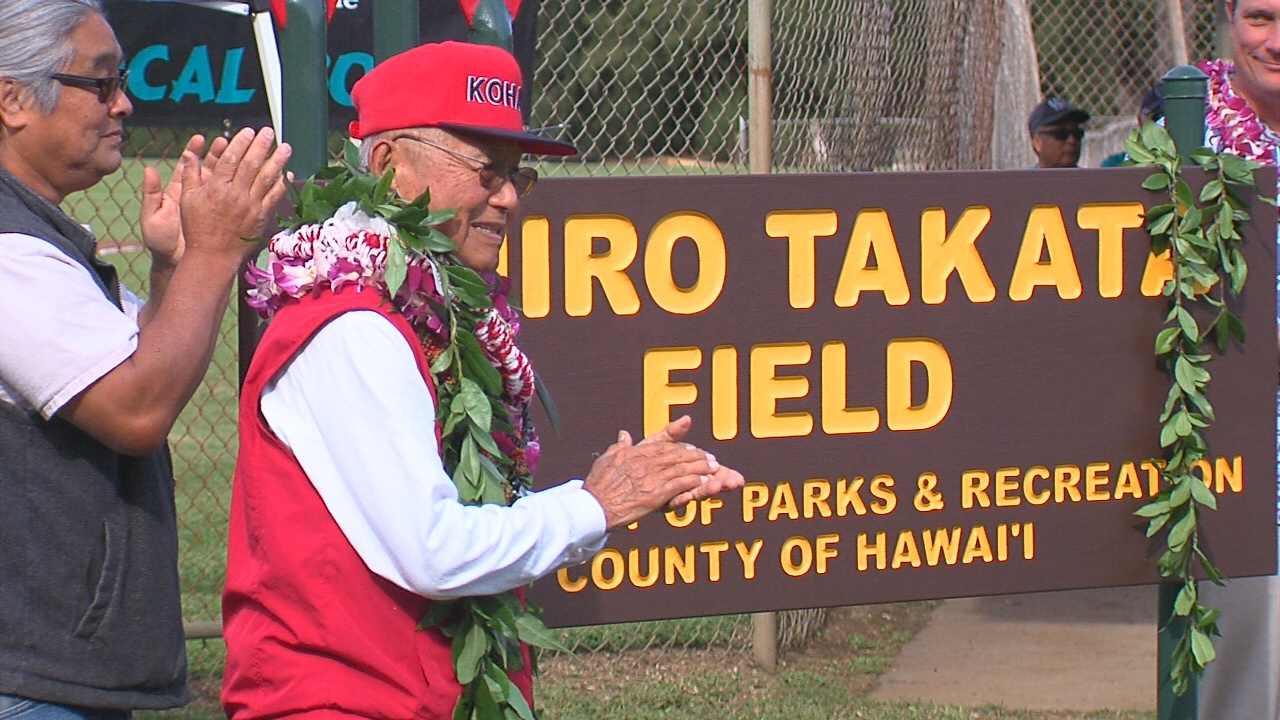 The public was invited to attend the event, which involved speeches, a new sign unveiling, and a first pitch thrown by Takata himself.

Shiro Takata was born on August 30, 1929, in Hawi, graduated from Kohala High School in 1948, and has remained a life-long resident of North Kohala. He is the owner of the K. Takata Store, established by his parents in 1923, and currently managed by his two sons. Through his significant ongoing support of recreational and other programs in his community, Shiro has improved the quality of life for the people of North Kohala and is affectionately known as “The Mayor of Kohala.”

Shiro’ s support has taken many forms. He has provided personal computers for the elementary school computer lab, secured additional funds for classroom improvements, purchased playground equipment for the kindergarten class at Kohala Elementary School, and funded student travel to the annual Math Bowl which is held on our neighbor islands.

An avid sportsman, Shiro Takata also made it possible for many young people in North Kohala to participate in recreational programs and activities. In 1980, Shiro was instrumental in establishing the Kohala Community Athletic Association (KCAA) which provides student athletes financial support. On average, KCAA helps cover the costs of participation in sports activities for 400 student athletes per year.