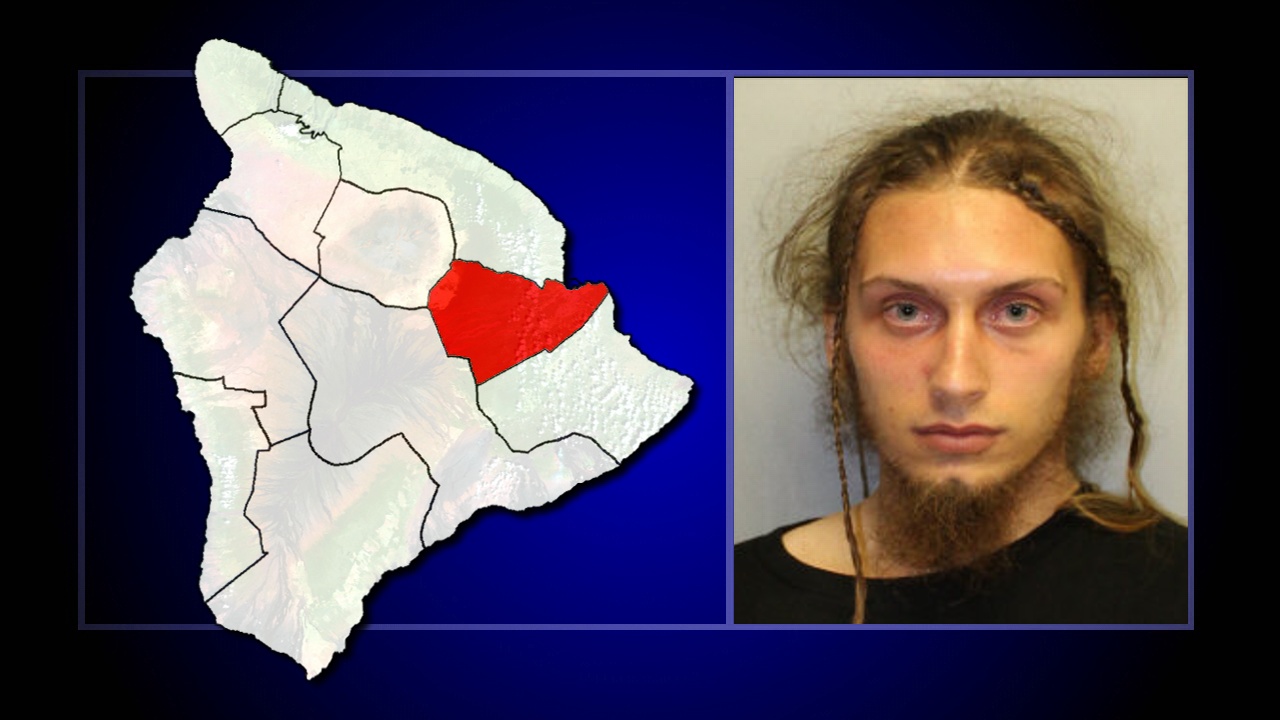 HILO, Hawaii - A 25-year-old Hilo man is in serious condition following an incident on Keawe Street in Downtown Hilo.

Hawaiʻi Island police have charged a Hilo man in connection with a stabbing incident in Hilo.

At 8:42 p.m., Saturday evening, (March 17), police responded to Keawe Street in Downtown Hilo for a report of a man with an apparent stab wound to his neck. Witnesses told police that the suspect was involved in an argument with a group of people the victim was with before punching the victim.

The suspect was led away from the group but returned and attacked the victim with a knife, causing a deep laceration to the front of his neck. Bystanders from a nearby business detained the suspect until police arrived. The suspect and victim did not know each other.

The suspect, a 25-year-old Hilo man Donovan Sieb, was arrested at the scene without incident. He was taken to the Hilo cellblock while detectives with the Area I Criminal Investigation Section continued the investigation.

At 8:45 p.m., Sunday, (March 18), police charged Sieb with first-degree assault and second-degree attempted murder. His bail has been set at $275,000. He remains in police custody pending his initial appearance Monday afternoon, (March 19), in District Court.

Anyone who may have information about these incidents is asked to call the Police Department’s non-emergency line at (808) 935-3311 or Detective Tuckloy Aurello of the Area I Criminal Investigation Section at (808) 961-2385 or Tuckloy.Aurello@hawaiicounty.gov.