HILO, Hawaii - A tumultuous weekend at the Farmers Market gave way to a new avenue of pop-up tents on Tuesday. 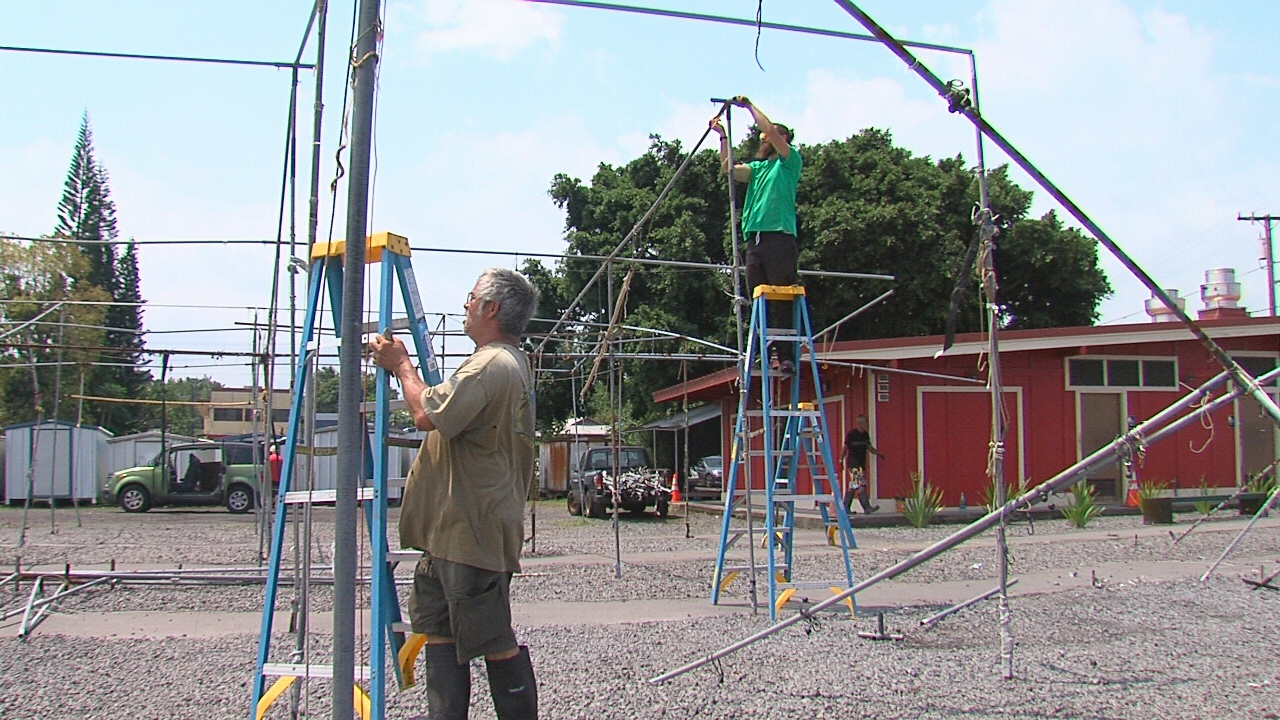 The skeleton of pipes next to the Hilo Farmers Market Poke & Sides was removed on Tuesday.

(BIVN) – After the weekend upheaval in which the Hilo Farmers Market was ordered to take down its network of tarps and tents, things settled down on Tuesday as the vendors were open for business under a new look.

Pop-up tents, to be erected and collapsed daily at the expense of the vendors, now line the block by the Bayfront. 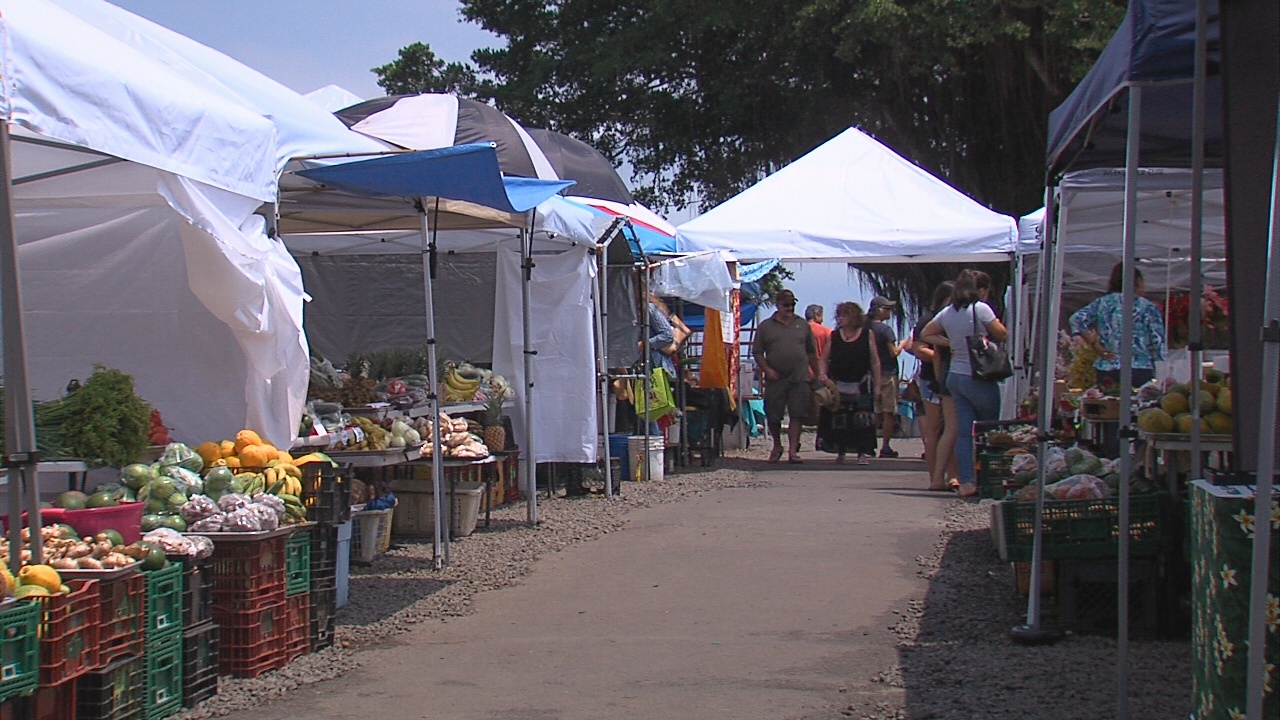 The new, pop-up tents at the Hilo Farmers Market, as seen on Tuesday.

Back by the Poke & Sides eatery, a crew worked to take down the remaining pipes before Wednesday’s full market.

Hilo Farmers Market owner Keith De La Cruz explained how the county came down hard on the market over the weekend, shutting down the operation on Sunday so tarps, which violated county code, could be safely taken down. The county threatened to assess a $4,000 fine, per day, if the violations were not fixed.

De La Cruz says he has been trying to work with the county on the proper permits for the market, but the weekend order from the building department was a shock, especially since it is so close to the Merrie Monarch Festival, which is a lucrative time for Hilo business, in general. 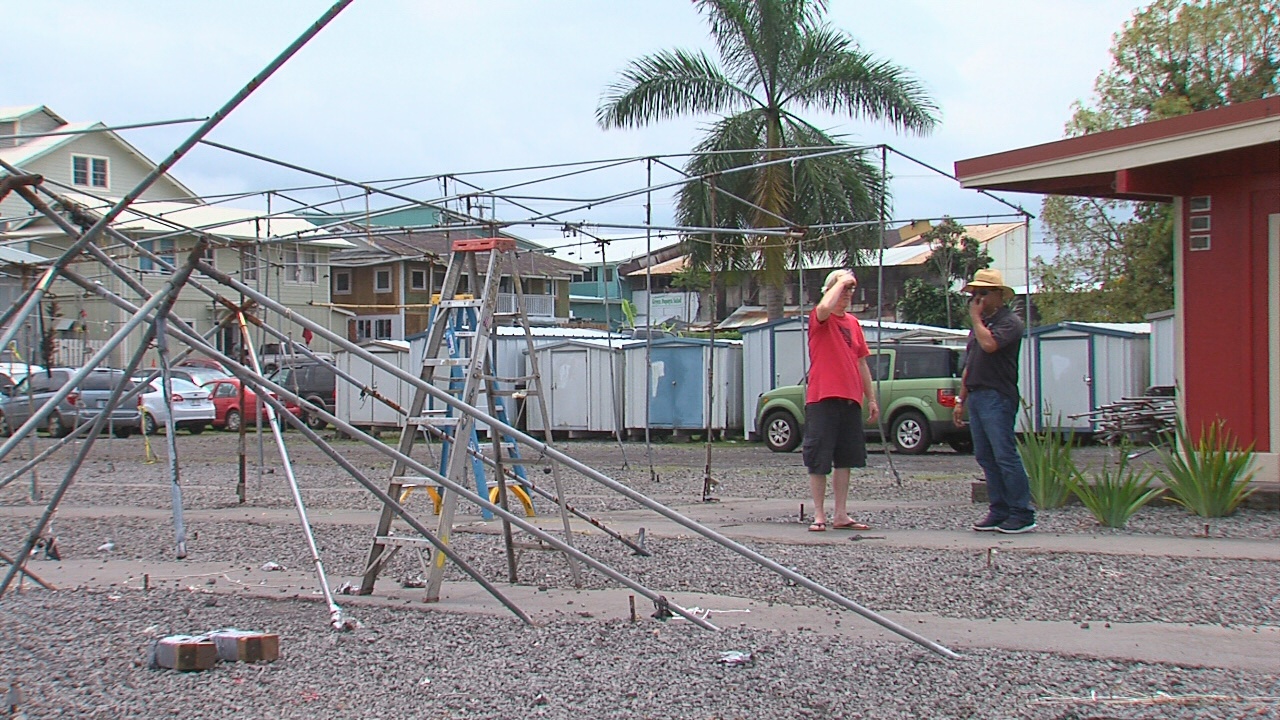