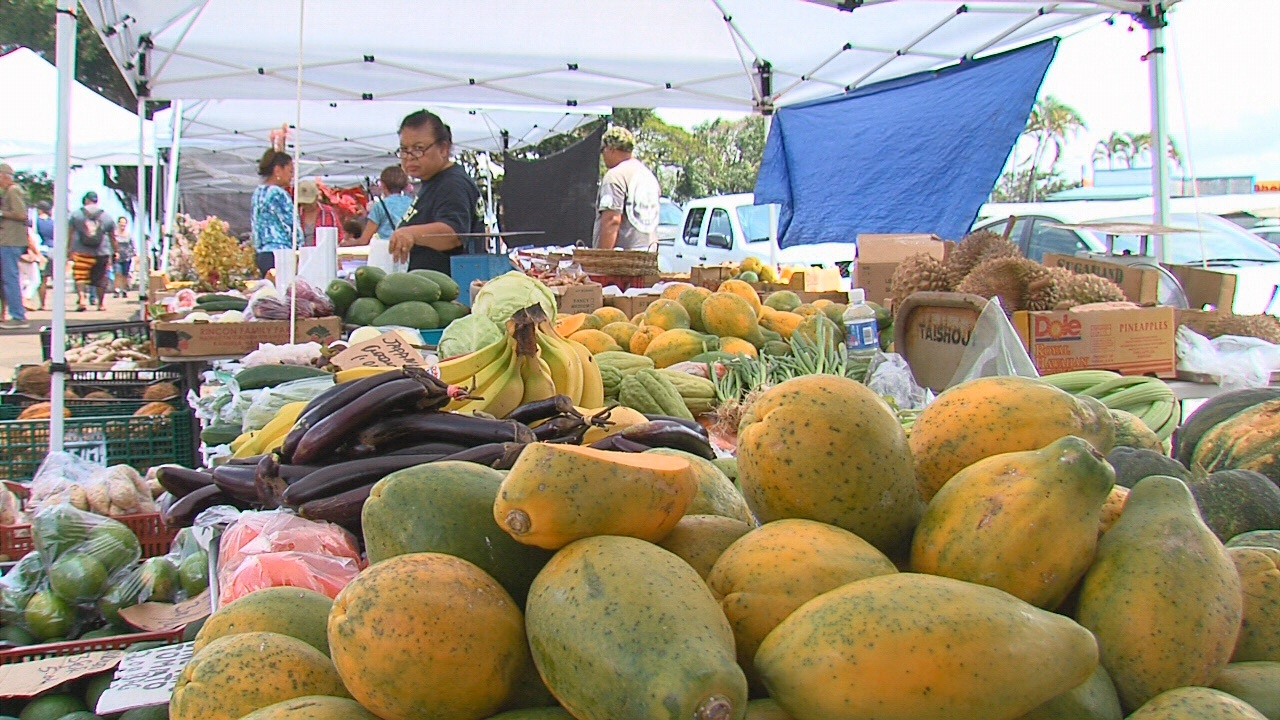 HILO, Hawai‘i - The mayor says the public should know "that their government has sincerely tried to help" the market owner comply with all laws to keep the market in operation.

(BIVN) – Mayor Harry Kim said the information “out there regarding the closure of the Farmer’s Market in Hilo is so wrong and misleading” that it prompted an open response, including a prepared chronology of events, distributed to media late on Thursday evening.

The statement follows recent news articles and social media posts showing last weekend’s turmoil at the iconic market in Downtown Hilo, after the County ordered the tents and tarps dismantled and replaced by vendor-provided pop-up tents.

“The public should know of truth that their government has sincerely tried to help Mr. De La Cruz comply with the County, State and Federal laws to keep the market in operation,” Mayor Kim said. “A commitment was made and kept by the County to help keep it open and develop a place to be proud of. The choices made that caused this closure and hardships imposed on the tenants were not made by your government.”

The county provided this background leading up to the recent enforcement action:

There is no question that the Hilo Farmers Market is an important part of downtown Hilo. It has been successful due to the diversity and freshness of the offerings of its vendors. The County has tried to work with the owner for years to bring the properties into compliance with building, fire, and zoning codes. The conditions were allowed to persist for all these years in deference to constantly changing plans proposed by the owner. Continuous efforts over the past year by the County to guide the owner into compliance were, regretfully, unsuccessful due to delay or no action on the owner’s part. The only way to finally achieve results was to enforce the notice of violation that the owner received in June of 2017 which clearly stated the consequences if the proper permits were not acquired in a timely fashion. This enforcement was done in fairness and responsibility to all others who follow County, State, and Federal requirements.

The County offered the following list of alleged violations of County Code and regulations:

In its explanation, the County says the owner failed to construct a permanent structure as required:

The owner had 10 years to construct a permanent structure as required by SMA approval. The deadline of March 2018 has not been met. The Farmers Market owner initially received Planning Department approval for a permanent structure in 2008. A condition for approval required completion of construction within 5 years. In 2013, the owner requested an extension for another 5 years. The extension was granted with a new deadline of March 18, 2018.

The County says Mayor Kim met with the owner on January 31, 2017 and February 17, 2017 to “determine the status of plans to meet the March 2018 deadline and offered assistance to facilitate development.” Mayor Kim assigned an Executive Assistant to work with the owner.

The County says it understood the challenges of building such a permanent structure in the special flood hazard zone exposed to tsunami and high waves. “Working with the Department of Public Works, a feasible solution was determined that allowed for a simplified structure,” the County says.

The County says Mayor Kim’s office helped the owner assess the financing required for the project and helped identify a schedule to meet the March 2018 deadline.

The schedule required prompt action by the owner, the County wrote, including hiring an architect to design the permanent structure and prepare the building permit application, securing financing, applying for an amendment to SMA permits for preferred hours of operation and revised design of structure, and securing plan approval for commercial operations.

The county says there was no action by the owner:

On May 24, 2017, the Mayor and several departments met with the owner to assess his progress. Despite assurances from the owner to carry out critical tasks identified in the last meeting, it became evident that the owner made no progress. Consequently, the County issued notice of violations in June 2017 requiring the owner to obtain temporary structure permits or submit plans for a permanent structure. The assessed fines for violations and failure to meet deadlines were clearly outlined in the violation notice.

Three time extensions were granted over a 6-month period, the County says. “At the end of December 2017, the owner submitted applications for temporary structures. These permits were approved but the owner has not picked up the approved permits,” the County wrote. “To motivate action, the only recourse was to issue an Order imposing fines as declared in the June 2017 violation notice.”

“The County is committed to assisting the owner in developing a permanent Farmers Market that can be a fixture of the Hilo landscape, provide a safe environment for the community to shop, and help make Hilo a beautiful and nice place to live,” the County-chronology concludes.