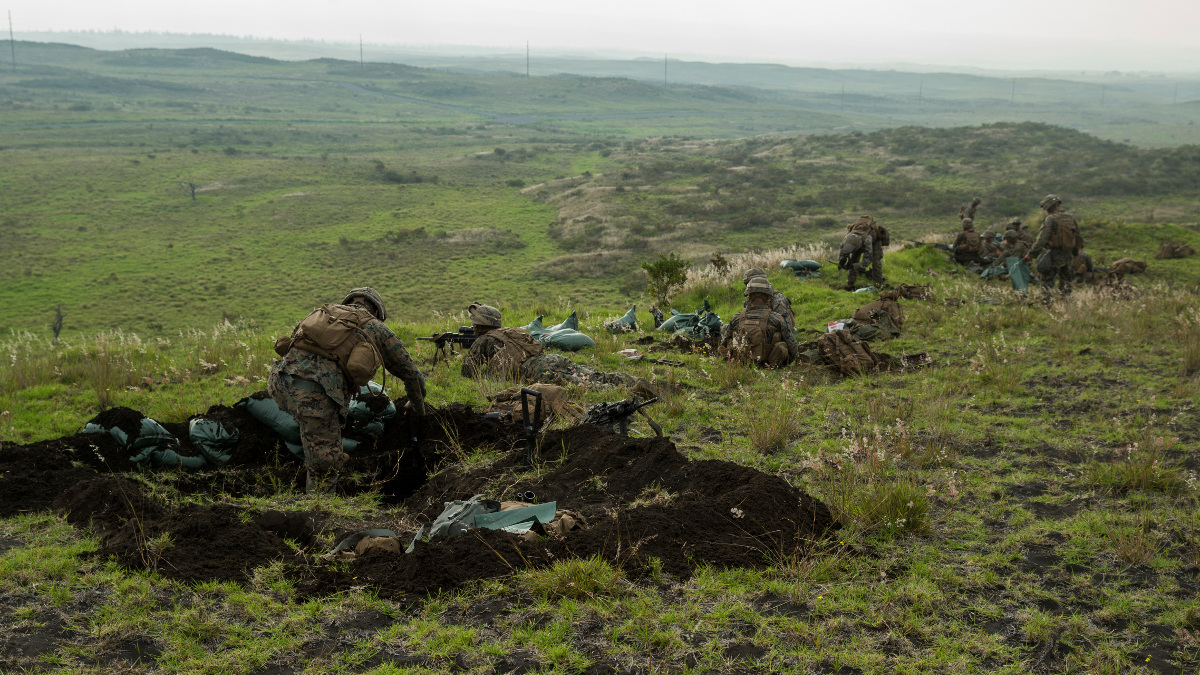 PŌHAKULOA, Hawai‘i - The Department of Land and Natural Resources must inspect the area to ensure that the Army is complying with the terms of the lease it entered into in August 1964.

UPDATED to include statements and information from the Hawaii DLNR

(BIVN) – Four years after two Hawaiians filed suit against the state for its alleged breach of trust regarding its lease of Pōhakuloa lands to the U.S. Army, a circuit court judge has ruled in their favor.

In the “bombshell ruling”, as attorneys for Clarence “Ku” Ching and Maxine Kahaulelio are calling it, Circuit Court Judge Gary Chang declared that the Hawai‘i Department of Land and Natural Resources “breached its trust duty to mālama ‘āina with respect to the lands the state leases to the U.S. Army”.

The 65-year lease allows the Army to use 22,971 acres of state land at Pōhakuloa for one dollar, and required the Army to “make every reasonable effort to . . . remove or deactivate all live or blank ammunition upon completion of a training exercise or prior to entry by the said public, whichever is sooner” and to “remove or bury all trash, garbage or other waste materials,” the Native Hawaiian Legal Corporation points out.

The 22,971-acre lease from the state is in addition to the more than 80,000 acres of land under the direct ownership or control of the U.S Army.


The case went to trial in 2015. Video courtesy KITV News.

After the 2015 trial, both parties waited for the ruling that was finally issued today.

According to a Native Hawaiian Legal Corporation media release, Judge Chang found that the Hawai‘i DLNR has been “aware that military training activities on [Pōhakuloa] pose a significant and substantial risk of harm or damage” to state lands. He also found that the department’s failure to perform its duties “has harmed, impaired, diminished, or otherwise adversely affected [Ching and Kahaulelio’s] cultural interests in [Pōhakuloa].”

Judge Chang ruled that the United States of America is not a party to the case, nor is it an indispensable party to the resolution of this case.

Judge Change also added the state “would further breach their trust duties if they were to execute an extension, renewal, or any other change to the State General Lease No. S-3849, or enter into a new lease of the PTA, without first determining (in writing) that the terms of the existing lease have been satisfactorily fulfilled, particularly with respect to any lease provision that has an impact upon the condition of the Pohakuloa leased lands.”

Here is the exact wording of the Order from Judge Chang:

Based upon the foregoing, and any other good cause shown herein, and good cause appearing therefor,

IT IS HEREBY ORDERED, ADJUDGED, AND DECREED that:

1. Judgment shall enter in favor of Plaintiffs and against Defendants as to all claims that Defendants breached their trust obligations by failing to malama ‘aina the Subject Lands.

2. Defendants are ordered to fulfill their trust obligations by doing the following:

A. Defendants shall promptly initiate and undertake affirmative activity to malama ‘aina the Subject Lands.

B. Malama ‘aina of the Subject Lands by Defendants includes, but is not necessarily limited to:

1. To develop a written plan to malama ‘aina the Subject Lands; and

2. The plan shall include regular, periodic on-site monitoring and inspection of the Subject Lands; and

4. The plan shall include a protocol of appropriate action by Defendants to malama ‘aina the subject lands in the event that Defendants find:

a. Any actual, apparent, or probable breach of any provision of State General Lease No. S-3849 by the federal government that does or may adversely affect the condition of the Subject Lands or Plaintiffs’ cultural use of such lands, and/or

d. Any other foreign or other non-natural item or other contaminant or debris that is found on the Subject Lands that is present or existing thereon by reason of or in connection with the State General Lease No. S-3849.

6. A procedure to provide reasonable transparency to Plaintiffs and the general public with respect to the instant mandatory injunction and all of the requirements of this order.

7. If not already in existence, the institution of a contested case procedure adopted pursuant to Chapter 91 of the Hawaii Revised Statutes for Plaintiffs or any member of the general public with standing to initiate such process in the event that Plaintiffs or other interested party may contest the decisions made by the Defendants in the course of discharging its duty to malama ‘aina the Subject Lands.

9. The plan shall also include any and all steps Defendants shall take to explore, evaluate, make application for or assist or support the making of such an application for, and securing adequate funding, from any and all appropriate funding sources, to plan, initiate, and conduct all appropriate comprehensive cleanup of the Subject Lands in order to discharge Defendants’ duty to malama ‘aina the Subject Lands.

10. The plan shall be approved by the court upon notice and hearing to all parties herein.

3. Defendants shall execute the plan to malama ‘aina once it is approved by the court.

4. Plaintiffs are directed to prepare and file, consistent with the above, and in accordance with Rule 58 of the Hawaii Rules of Civil Procedure and Rule 2,3 of the Rules of the Circuit Courts of the State of Hawaii, a separate final judgment. Said final judgment shall also specifically provide that any and all remaining claims, if any, shall be and hereby are dismissed with prejudice.

“While the principle rests on firm precedent, this is the first time a court has used this term to describe the state’s duties” said to NHLC attorney David Kimo Frankel, in reference to the court’s use of term “duty to mālama ‘āina.”

In response to the order, the DLNR said it “will work with the tenant, the U.S. Army to develop a formal inspection, monitoring and reporting process.”

“While DLNR continues to review Judge Gary W.B. Chang’s findings of fact and conclusions of law and order in consultation with the Department of the Attorney General, DLNR points out that inspections of state lands at Pohakuloa have been ongoing over the past four years,” a DLNR media release stated. “These inspections have resulted in the clean-up of these lands.”

DLNR Chair Suzanne Case commented, “We appreciate that this proceeding brought further focus to regular inspections and ongoing work with the Army to properly steward the leased lands. This work has already been under way for several years.”

In the media release, Ku Ching added, “Everything we do is for the ‘āina.”