HAWAII - The former Native Hawaiian Congressman was remembered fondly on the floor of the U.S. Senate today in Washington, following his April 6 death. 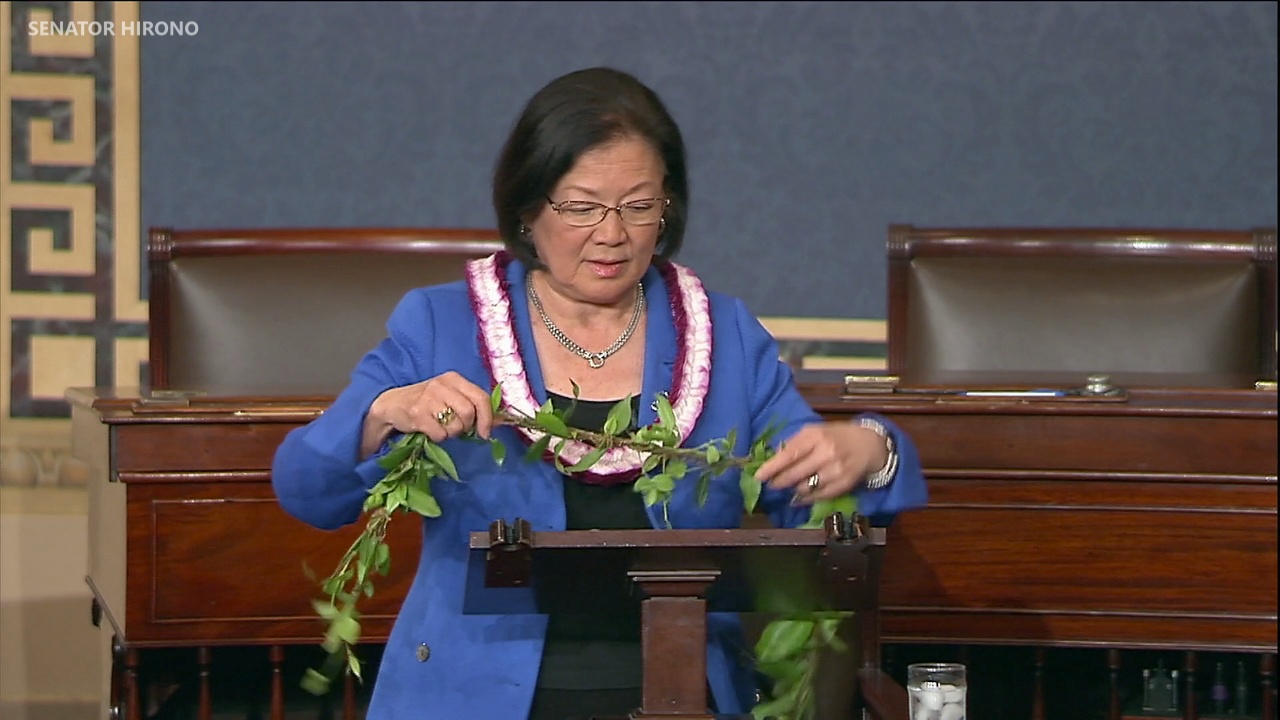 (BIVN) – Senators Mazie Hirono and Brian Schatz paid tribute to Daniel K. Akaka on the Senate floor in Washington today, as Hawai‘i mourns the former senator following his death on April 6 at age 93.

Senator Hirono, who sits at Senator Akaka’s desk in the Senate chamber, also placed a maile lei on the desk in his honor.

“Senator Akaka embodied the Aloha Spirit,” Sen. Hirono said in a floor speech. “From meeting nearly every Hawaii family who came to his office for a Capitol tour – to serving as a tireless advocate for veterans, the Native Hawaiian community, and Hawaii families – Senator Akaka’s care, empathy, and compassion were evident to everyone who knew him. When I was elected to the Senate, I requested Senator Akaka’s desk to be my desk. I did this because it represented continuity as Senator Akaka’s successor, and is a symbol of his years of service and the aloha he had for this body and the people of Hawaii.”

Flags are flying at half staff in memory of the Democratic party member and first Native Hawaiian to serve in the U.S. Senate, where he was first appointed in 1990, after 13 years as a U.S. Representative. Fellow lawmakers say the World War II Army veteran was a devoted husband to his wife Millie and a loving father and grandfather to a large ohana.

Akaka left the Senate after 2012. One of his final acts was to swear-in the late Senator Inouye’s successor, Brian Schatz.

“The U.S. Senate — and our country — would be better off if there were more leaders like Senator Daniel K. Akaka,” Sen. Schatz said today. “He fought for the vulnerable, promoted peace, and looked for common ground. Most of all, he embodied the aloha spirit, and showed us all what it means to have a pure heart and be a true public servant.”