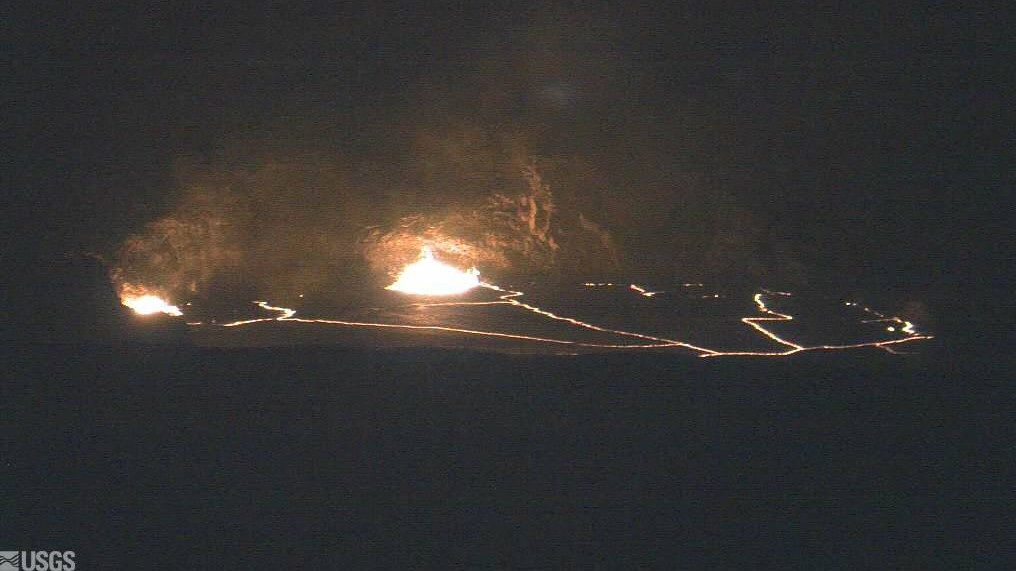 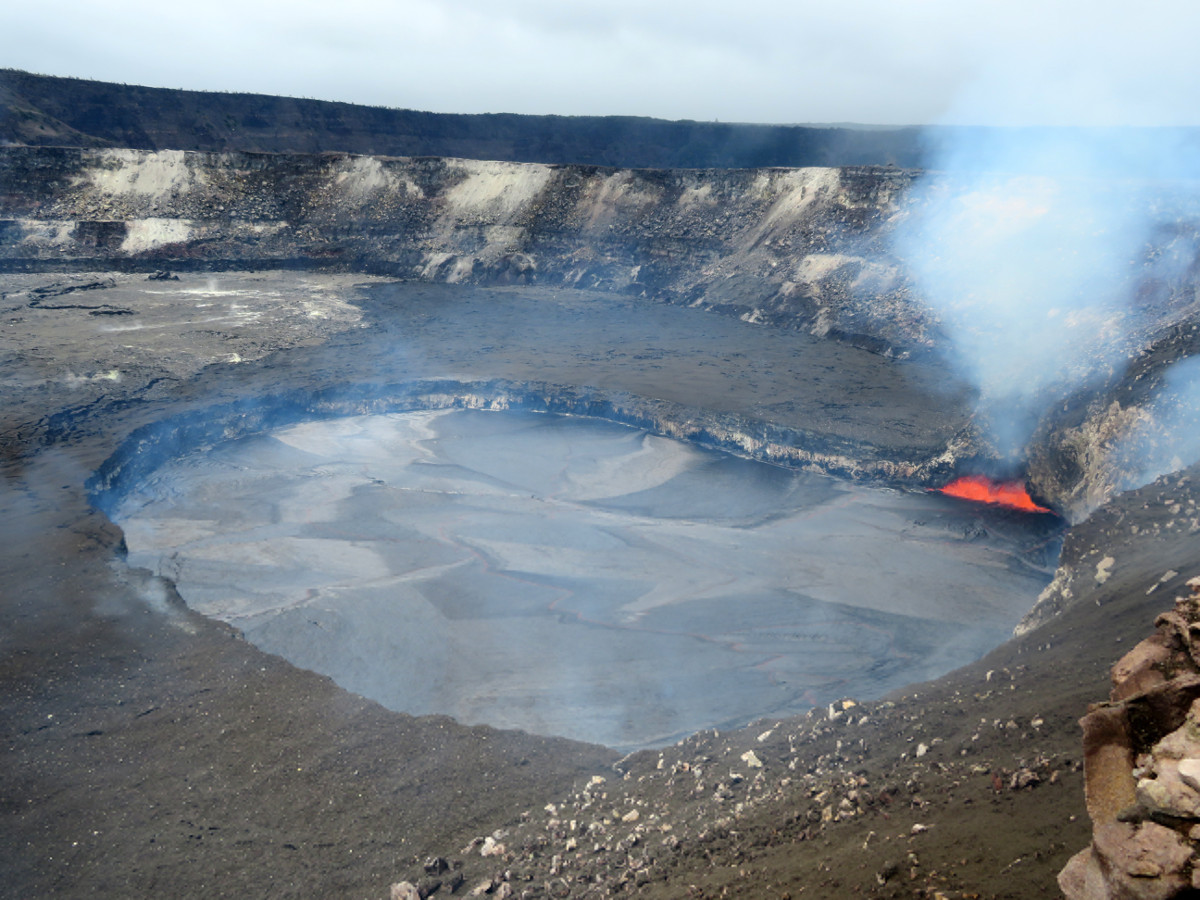 USGS photo shows a large spattering site in the southeast portion of the lake.

These high lake levels have provided good views from the public viewing area at Hawai‘i Volcanoes National Park’s Jaggar Museum, scientists remarked on the USGS Hawaiian Volcano Observatory website Monday. That morning, the lava lake was measured to be about 33 ft. below the rim of the Overlook crater.

Meanwhile, a new USGS report has been published. It does not reflect the latest rise at Halema‘uma‘u, but rather summarizes the activity at the summit in 2016. Lava lake enthusiasts are likely to appreciate the detailed, illustrated publication.

“The lava lake at the summit of Kīlauea is one of several persistent lava lakes on Earth,” the USGS wrote in its announcement of the new report. “Its accessibility allows frequent direct observations, and a robust monitoring network closely tracks subtle changes at the summit. These conditions present one of the best opportunities worldwide for understanding persistent lava lake behavior and the geophysical signals associated with open-vent basaltic eruptions.” 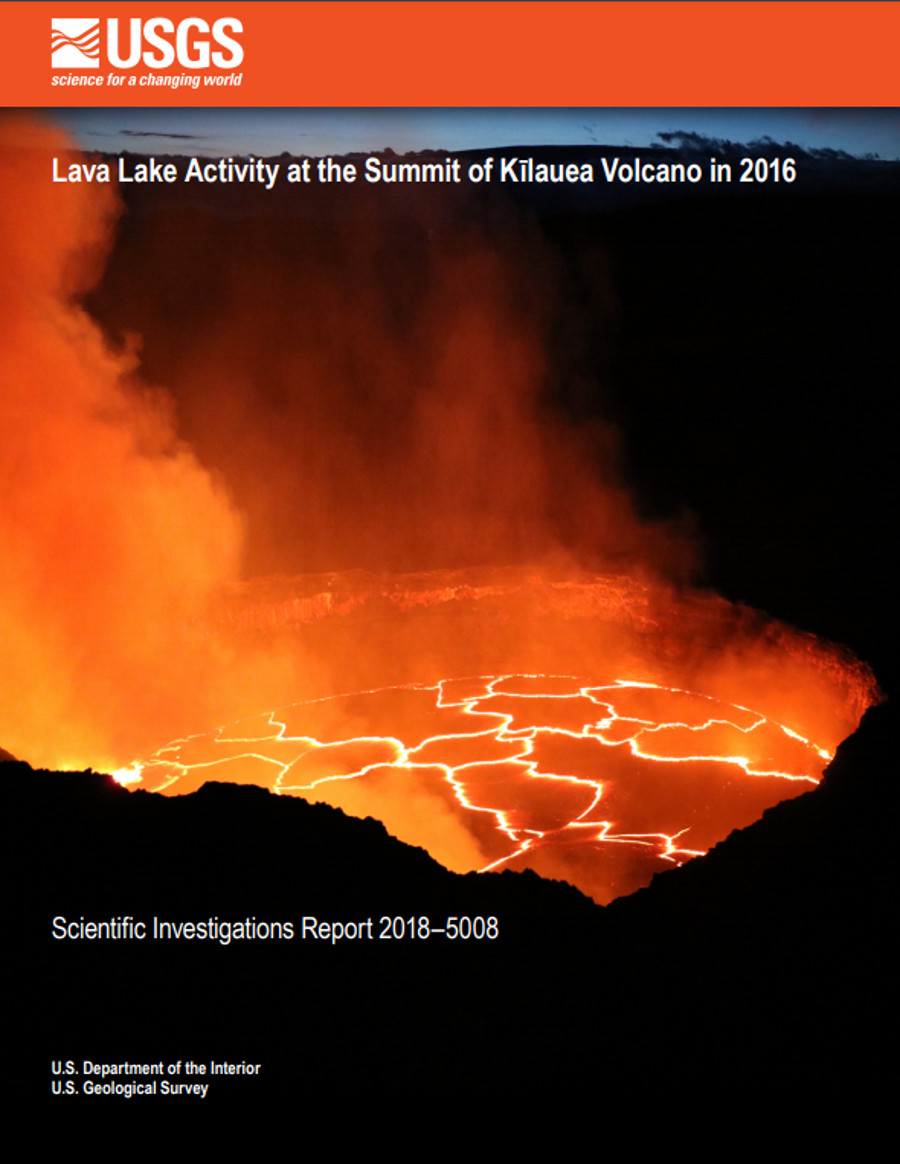