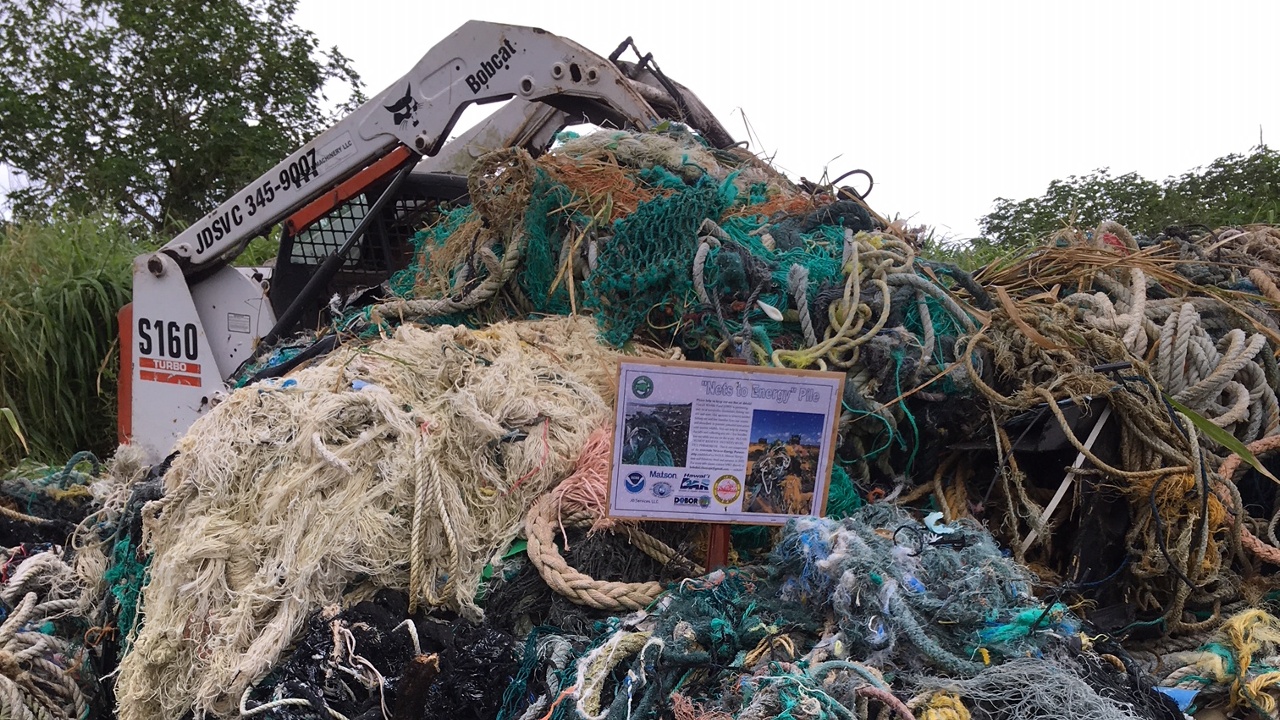 KAMILO BEACH. Hawaii - Two rubbish fires appear to have been intentionally set on ropes, nets, and other ocean debris along the remote Ka'u shoreline.

According to the Hawai‘i County Fire Department, both fires were on the beach below the mean high tide line.

After noon on Friday, fire crews responded to multiple calls of black smoke on Kamilo Beach. “On scene, two rubbish fires were noted burning ropes, nets, and other ocean debris,” a fire dispatch reported. “Fire was accessed and extinguished by helicopter utilizing the bambi bucket and ocean water. Eventually, the high tide enveloped the fire location.”

On March 4, the Hawai‘i Wildlife Fund and volunteers loaded 11.6 tons of marine debris into a 40 ft. Matson container. In a news release, HWF said it has had to increase efforts to keep up with the barrage of marine debris washing up along the Ka‘ū shoreline as this year has already seen record amounts.