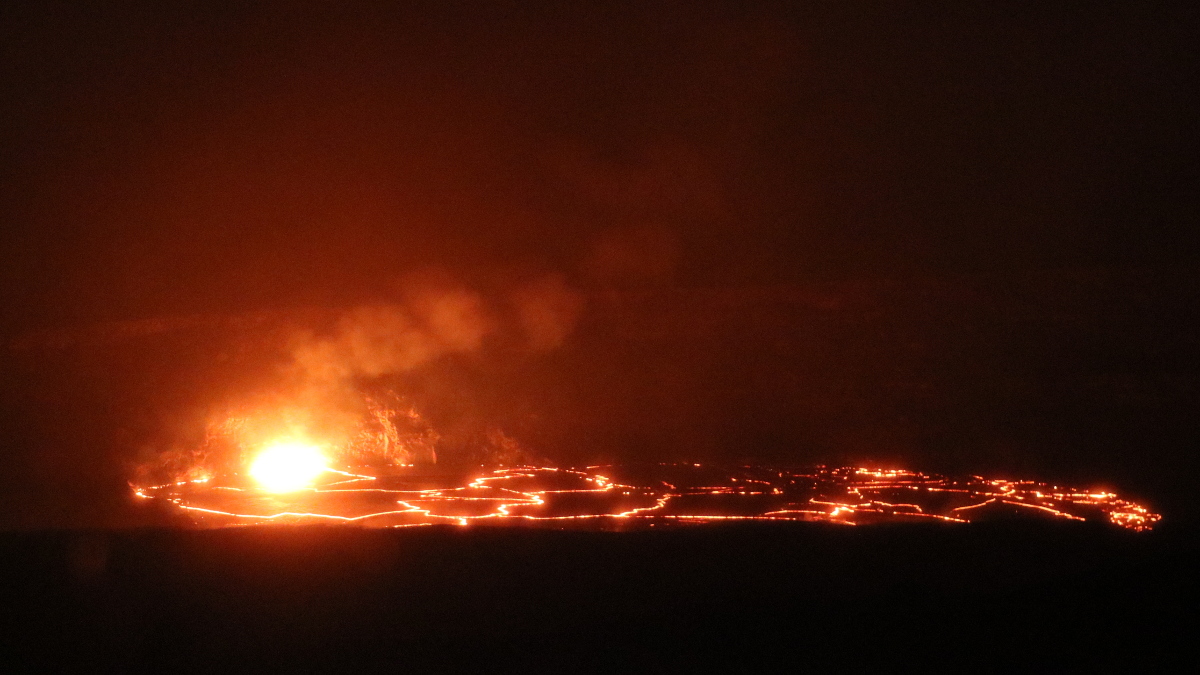 HAWAII VOLCANOES NATIONAL PARK - The lava lake has continued to overflow the Overlook crater rim and onto the floor of Halema'uma'u. 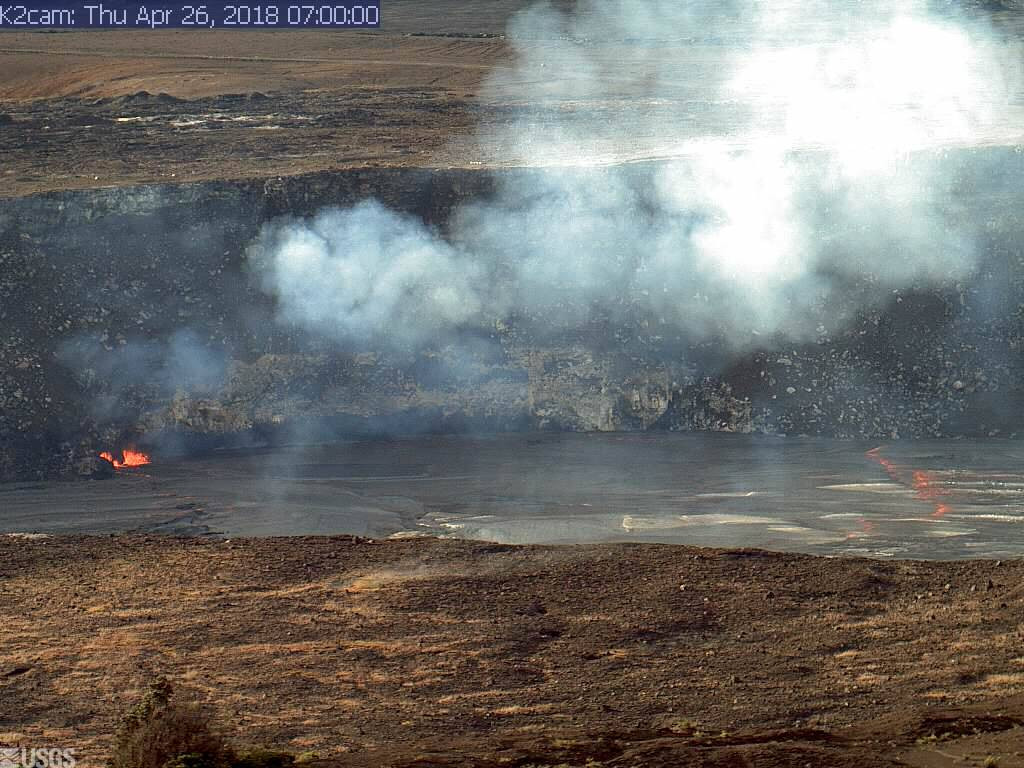 UPDATE (10:20 a.m.) – The USGS Hawaiian Volcano Observatory has posted Thursday’s update on the Kīlauea Volcano summit eruption, which now seems to be overflowing the Overlook crater on a daily basis.

The lava lake spilled over the Overlook crater rim onto the floor of Halema’uma’u in several pulses overnight. Active overflow continues this morning. As of 8:00 am, HVO estimates that only about 1/4 of the Halema’uma’u floor remains uncovered by new overflows. Summit tiltmeters continue to record an overall inflationary trend with brief periods of deflation overnight. Seismicity in the summit area has not changed significantly. Tremor amplitude is fluctuating with lava lake spattering and seismometers have recorded a few small earthquakes in the upper East Rift Zone and south part of the caldera. Elevated summit sulfur dioxide emission rates persist.

Summit tiltmeters recorded a sequence of inflationary-deflationary-inflationary tilt in the past 24 hours with the lava lake spilling over the Overlook crater rim during the inflationary tilt periods. Overnight, a slight deflationary trend began. The lava lake spilled over the southwest crater rim yesterday morning between about 6:30 am and 8:00 a.m. HST and again from 8:30 pm, to 11:06 pm along the south and southwest rims. The height of the lava lake was measured last nigh at 79 meters (259 feet) below the rim of Halema’uma’u crater. The summit area remains in an overall inflated state. Seismicity in the summit area has not changed significantly, with tremor amplitude fluctuations associated with lava lake spattering and a few small earthquakes in the upper East Rift Zone and south part of the caldera. Elevated summit sulfur dioxide emission rates persist.

Thursday morning, webcams showed yet another overflow in progress.

On Tuesday afternoon, the USGS Hawaiian Volcano Observatory issued the second Volcanic Activity Notice this month. The first one was issued due to the pressure building under the Puʻu ʻŌʻō vent, where inflationary tilt continues to be recorded by a tiltmeters.