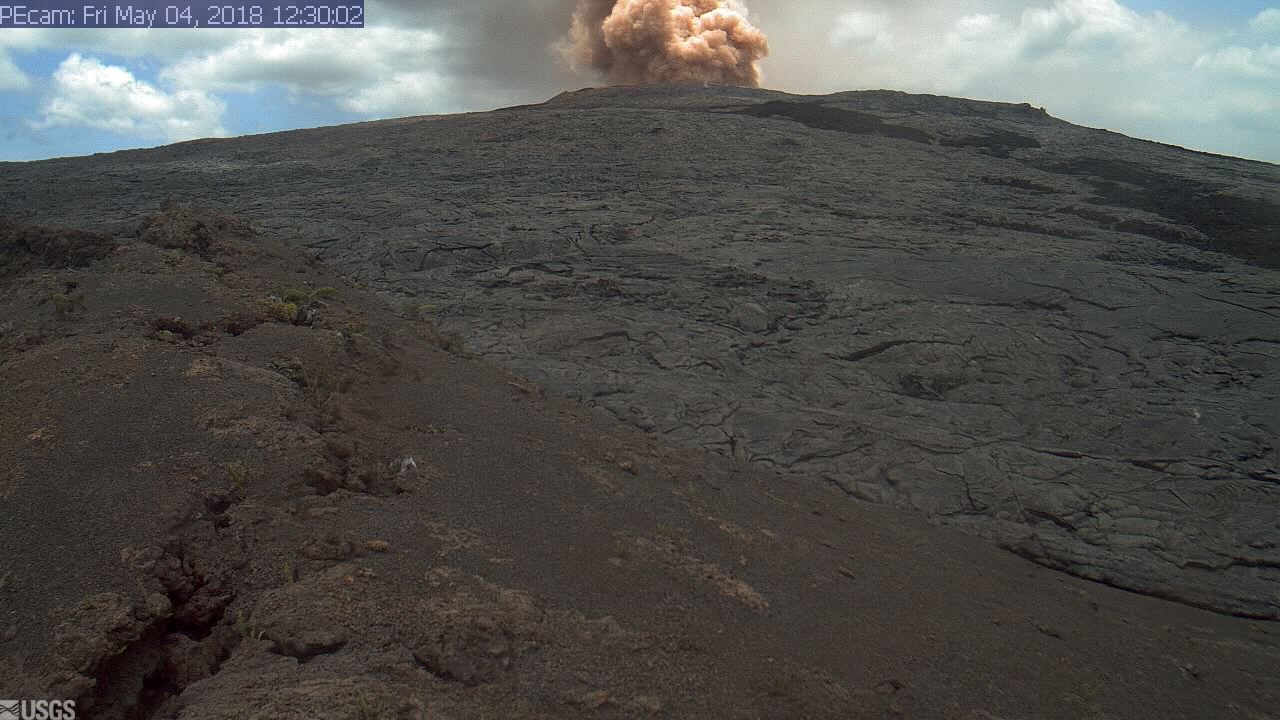 
(BIVN) – The strongest earthquake to occur since the new phase of the volcanic eruption began on Hawai‘i Island was felt on Friday, as a (preliminary) Magnitude 6.9 earthquake rattled residents at 12:33 p.m.

The earthquake was not large enough to cause a tsunami for the island of Hawai’i, civil defense reported. Preliminary data indicated that an earthquake measuring a magnitude of 6.0 was centered in the vicinity of the south flank of Kilauea Volcano, where new volcanic eruptions are occurring. A later update from USGS stated that the quake was a Magnitude 6.9.

UPDATE: In an updated message, civil defense said the earthquake generated small sea level changes at some locations on the Big Island.

Another ash cloud could be seen emanating from Puʻu ʻŌʻō on USGS Hawaiian Volcano Observatory webcams.

“As in all earthquakes, be aware of the possibility of aftershocks,” civil defense said. “If the earthquake was strongly felt in your area, precautionary checks should be made for any damages; especially to utility connections of gas, water, and electricity.”

USGS issued this media release after the event:

The U.S. Geological Survey’s Hawaiian Volcano Observatory (HVO) recorded a magnitude-6.9 earthquake on Friday, May 4, 2018, at approximately 12:32 p.m. HST. It is the strongest quake in Hawaii since 1975—and the largest in a series of strong earthquakes that began at 11:32 a.m. today. According to the Pacific Tsunami Warning Center (PTWC) no tsunami was generated by today’s earthquakes.

The magnitude-6.9 earthquake was located about 16 km (10 mi) southwest of Leilani Estates, on the Island of Hawaiʻi, at a depth of 5.0 km (3.1 mi). A map showing the location of the earthquake is posted on HVO’s website.

These earthquakes were felt as far away as the Island of Kauai. The maximum intensity of shaking was recorded as VIII on the Mercalli Intensity Scale, indicating severe shaking near the earthquake’s epicenter. For more information see the USGS ShakeMap.

“Remember to drop, cover, and hold on during strong earthquakes. Most common injuries come from falling objects,” said HVO’s seismic network manager Brian Shiro. “The earthquakes are related to the ongoing volcanic activity in Kīlauea’s East Rift Zone and reflect adjustments beneath the south flank of the volcano. Additional strong, damaging earthquakes are possible.” More details are here.

The mainshock was preceded by a strong magnitude-5.4 earthquake approximately one hour prior. Several tens of aftershocks under the south flank and summit areas of Kīlauea Volcano have already occurred, the largest of which was magnitude-4.8. Strong aftershocks should be expected, and could likely occur for weeks to months into the future. Individuals and families should prepare accordingly.

Like the magnitude-5.0 earthquake yesterday, rockfalls and ash plumes in the Pu‘u ‘Ō‘ō crater were triggered by today’s earthquake sequence. No other changes at Kīlauea have been observed, but HVO scientists are closely monitoring the data. The active eruption in Leilani Estates continues.

Strong earthquakes are now happening with a greater frequency. The USGS earthquake map tells the story. 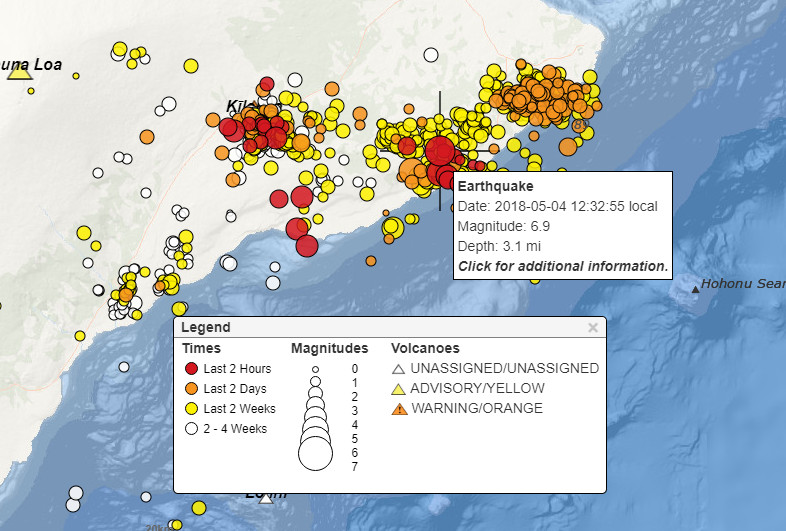