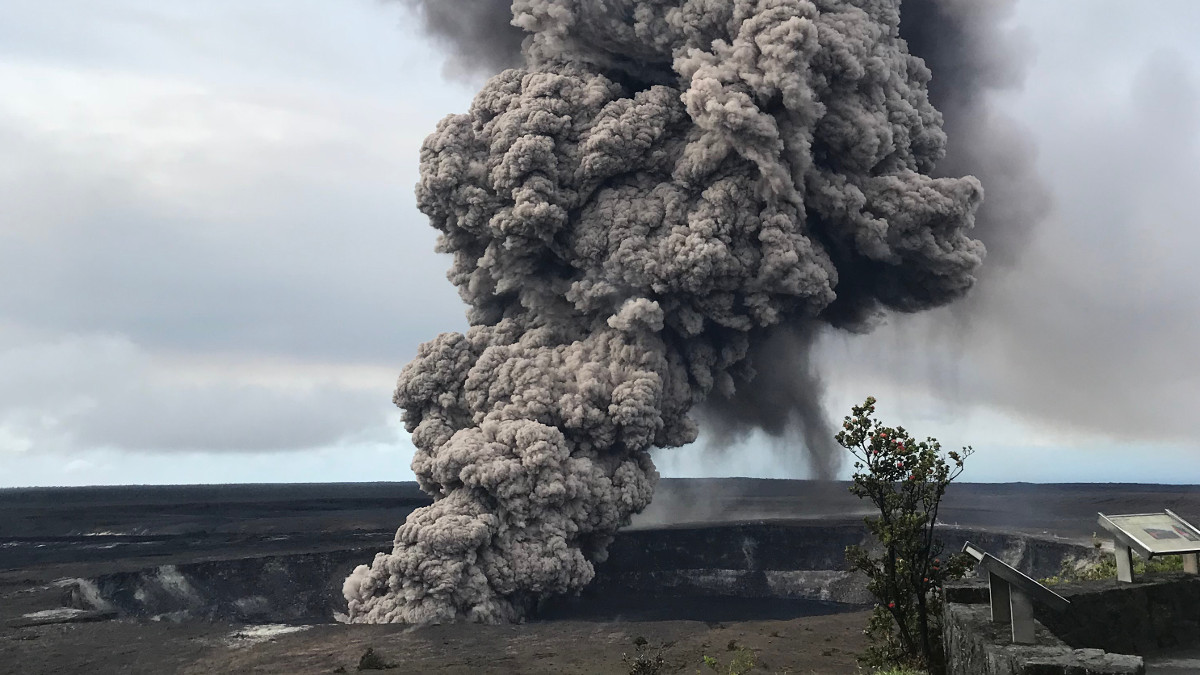 USGS: Ash column rises from the Overlook crater at the summit of Kīlauea Volcano

Explosion At Kilauea Summit From Rockfall

HAWAII VOLCANOES NATIONAL PARK - As scientists released as new Volcanic Activity Notice, an explosion triggered by a rockfall occurred at the summit.

(BIVN) – Roughly twenty minutes after posting a new Volcanic Activity Notice to its website concerning the summit of Kilauea, USGS observed an explosion in Halema‘uma‘u crater.

However, the Hawaiian Volcano Observatory’s interpretation is that the explosion was triggered by a rockfall from the steep walls of Overlook crater, and not by an interaction with the water table.

The photograph (full image below) was taken at 8:29 a.m. HST from the Jaggar Museum overlook. The explosion was short-lived. 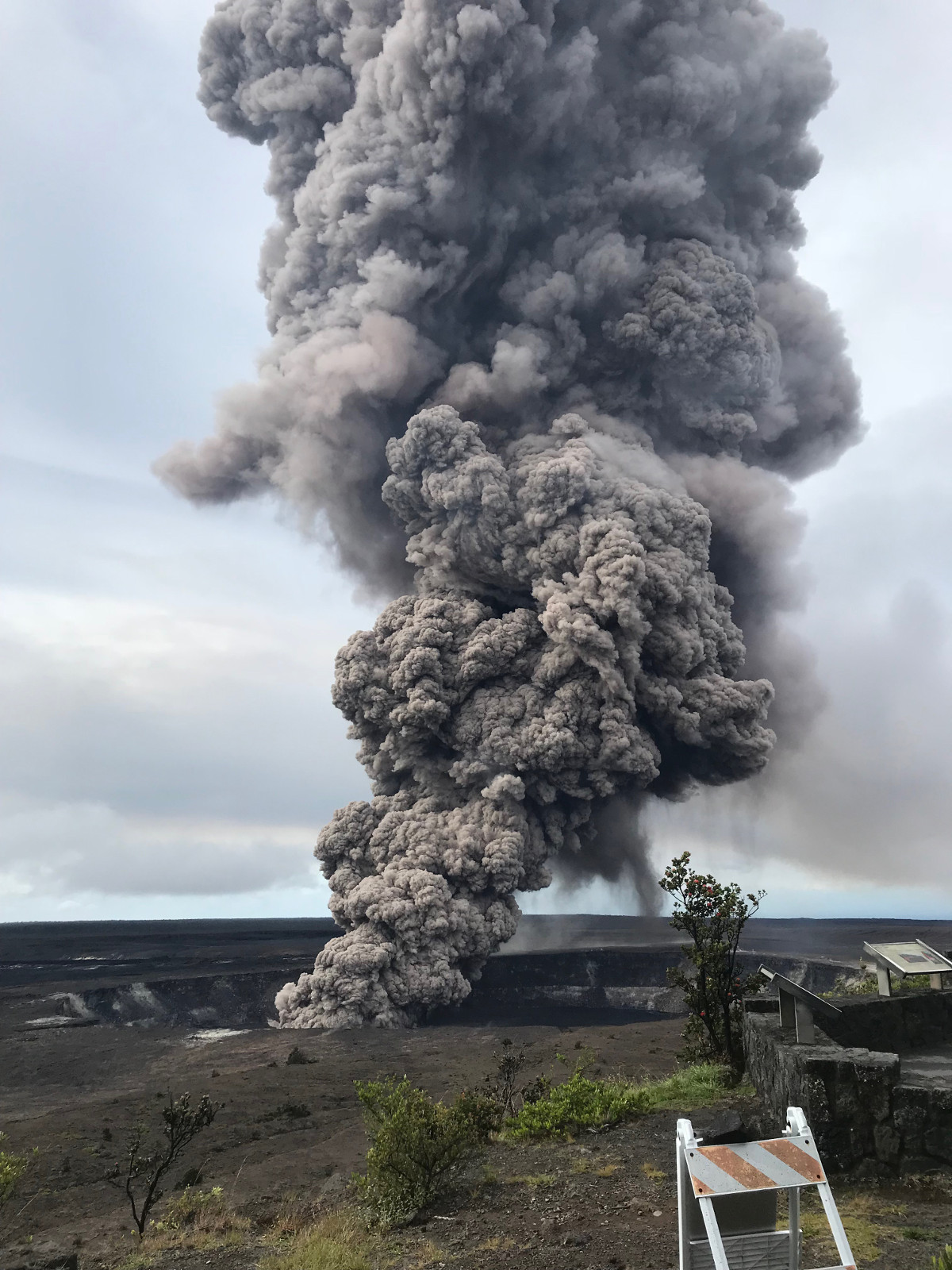