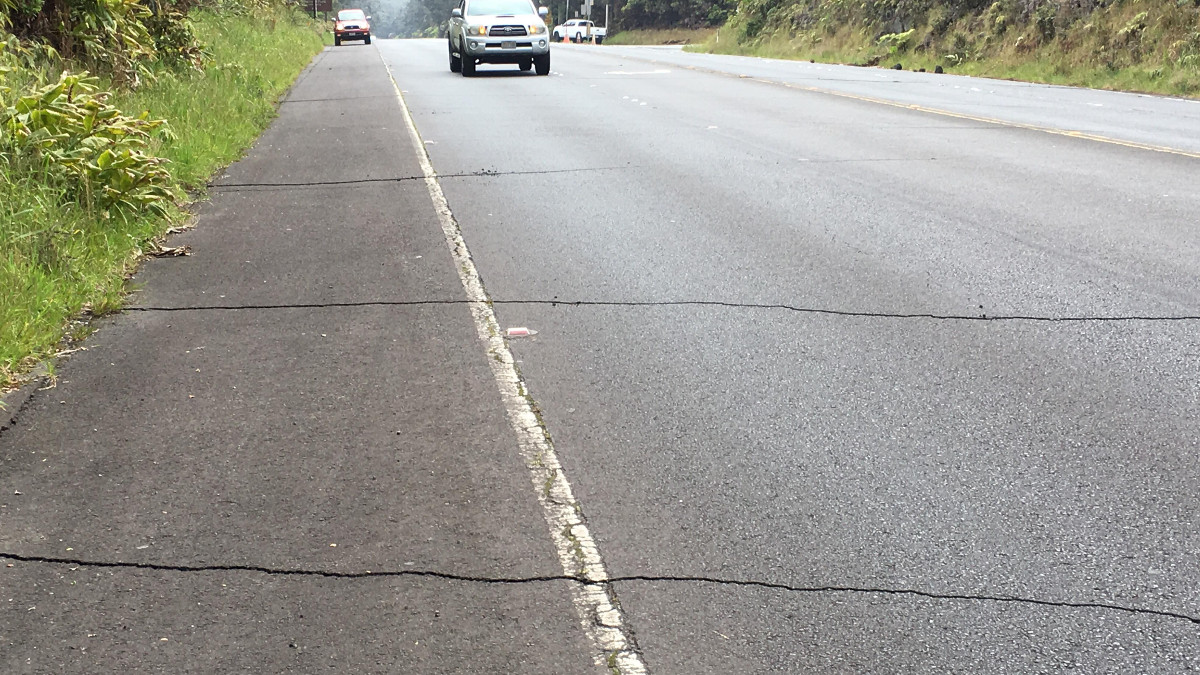 image of cracks on Highway 11 in Volcano

Cracks Appear On Highway 11 In Volcano

HAWAII VOLCANOES NATIONAL PARK - Following a series of earthquakes on Wednesday, cracks have appeared on the highway in Volcano. 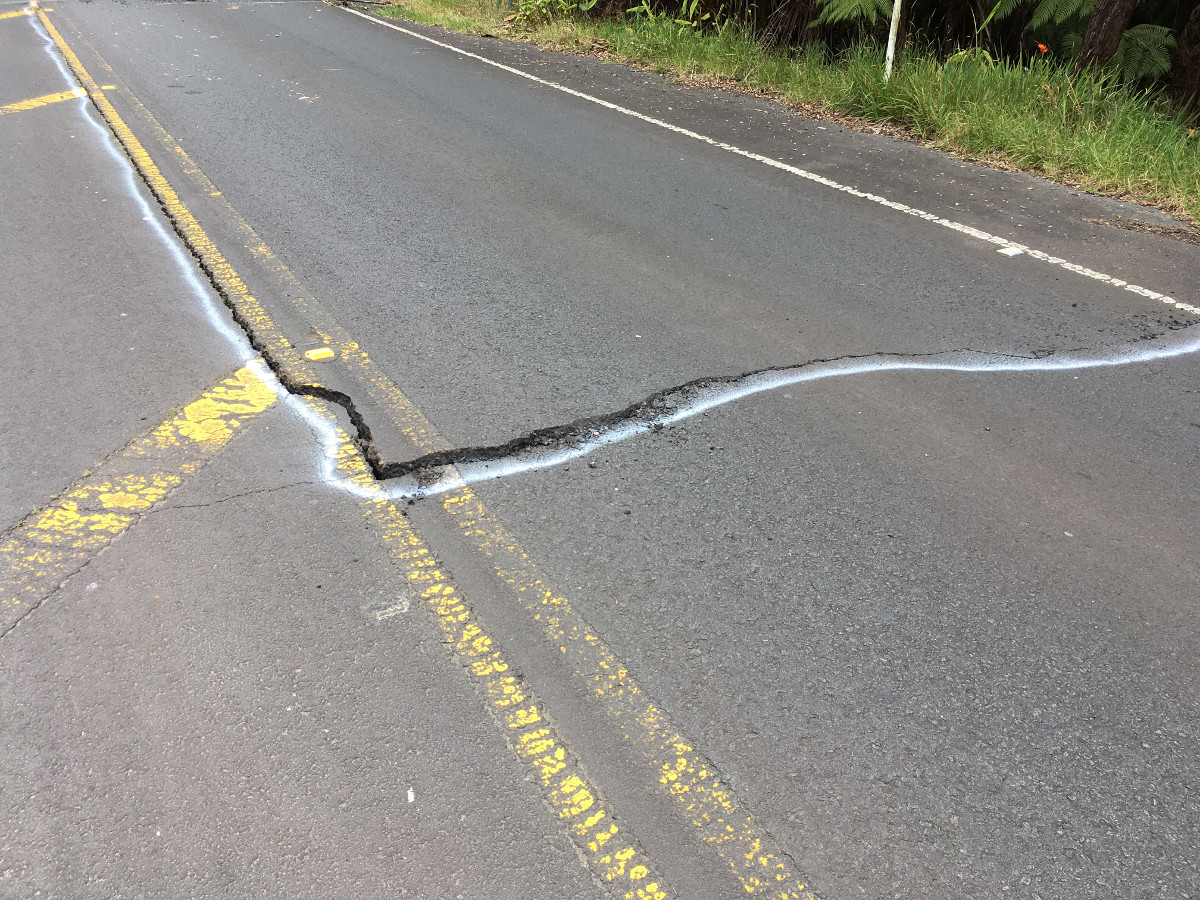 (BIVN) – Reports of cracks on Highway 11 near Hawaii Volcanoes National Park have been confirmed.

The cracks were first noticed following a series of earthquakes that shook the Kilauea summit on Wednesday morning.

The cracks are on the Hawaii Volcanoes National Park portion of Highway 11. The National Park Service says they are assessing the situation.

UPDATE (2 p.m.) – The Hawaii Department of Transportation says the road “remains open and is safe to travel; however, the public should exercise caution if traveling through the area.”

Strong earthquakes within the summit of Kīlauea Volcano continue in response to ongoing deflation and lava column drop. As of the afternoon of May 16, the floor of Kīlauea caldera has dropped approximately 3 feet (90 cm). This movement is stressing faults around the caldera of Kilauea, causing them to move and resulting in strong earthquakes of up to magnitude 4.4 thus far.

Employees at the Hawaiian Volcano Observatory, Hawai`i Volcanoes National Park and nearby residents are reporting frequent ground shaking and damage to roads and buildings. Hawaii County Police reports cracks across Highway 11 between mile markers 28 and 29. Although these are passable, motorists are urged to use caution.

As deflation continues, strong earthquakes in the area around Kilauea Volcano’s summit are expected to continue and may become more frequent. Areas further from these earthquakes may feel some ground motion as well, but much less severe.

The shallow depths of these earthquakes make them more damaging in the immediate vicinity of the epicenter, and individuals need to take precautions to minimize damage from the shaking, including the removal of unstable items from walls and shelves. Steep slopes should be avoided as they may become destabilized during strong earthquakes.

No injuries were reported.

In addition, motorists are reminded that stopping for non-emergency purposes along the side and shoulders of Highway 11 in the park is prohibited.

“We are leaving Highway 11 open at this time, but will close it if it becomes unsafe for motorists,” said Chief Ranger John Broward. “We suspect we’ll find additional damage throughout the park once we have time to assess damage,” he said.

Most of Hawai‘i Volcanoes National Park has been closed since Friday, May 11 due to ongoing seismic activity, summit deflation, and a possible steam explosion at the summit of Kīlauea Volcano.