LEILANI ESTATES, Hawaii - There are several active fissures, and lava flow from fissure 17 is going over the existing lava flow, but officials say no new advancement is occurring. 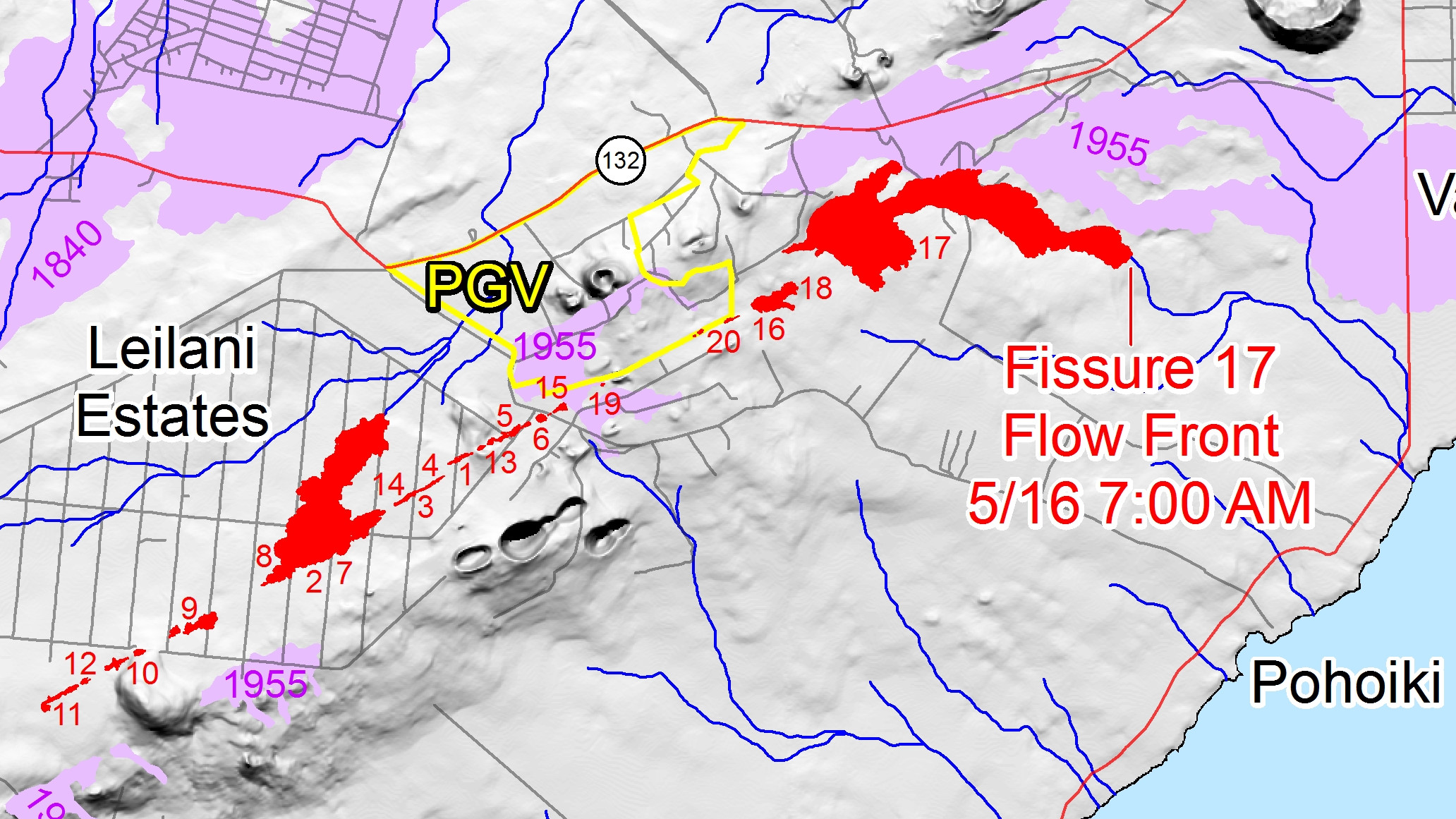 UPDATE (9 a.m.) – Moderate-level eruption of lava continues from multiple points along the central and northeast end of the active fissure system, the USGS Hawaiian Volcano Observatory said in a 8:52 a.m. message. Scientists reported:

HVO field crews are on site tracking the lava flow and spattering from multiple fissures as conditions allow and reporting information to Hawaii County Civil Defense.

No explosive eruption of ash have occurred at the Kilauea summit since Thursday morning, USGS says, however additional explosions are possible at any time.

“Seismic levels, which abruptly decreased after explosive eruptions on Wednesday night and early Thursday morning, are slowly increasing,” the scientists wrote. “At this time, based on HVO web cameras, a robust plume of gas and steam is billowing out of the Overlook vent and drifting generally southwest.”

(BIVN) – Hawaii County Civil Defense reports that a new fissure, number 22, has erupted between fissures 19 and 20.

There are several active fissures in Leilani Estates. The lava flow produced by fissure 17 is going over the existing lava flow, but officials say no new advancement is occurring.

Do continue to be on the alert for volcanic fumes of sulfur dioxide, civil defense says. Volcanic gas such as SO2, is especially dangerous for elderly, children and/or babies and people with respiratory problems. People in areas downwind of rifts may intermittently experience higher levels of fumes. People with breathing problems should avoid being outdoors and leave the area if deemed necessary.

The county will again distribute free masks for ash protection.

A third shelter has opened: Sure Foundation, located on Pohaku Circle in Keaau, is now open.