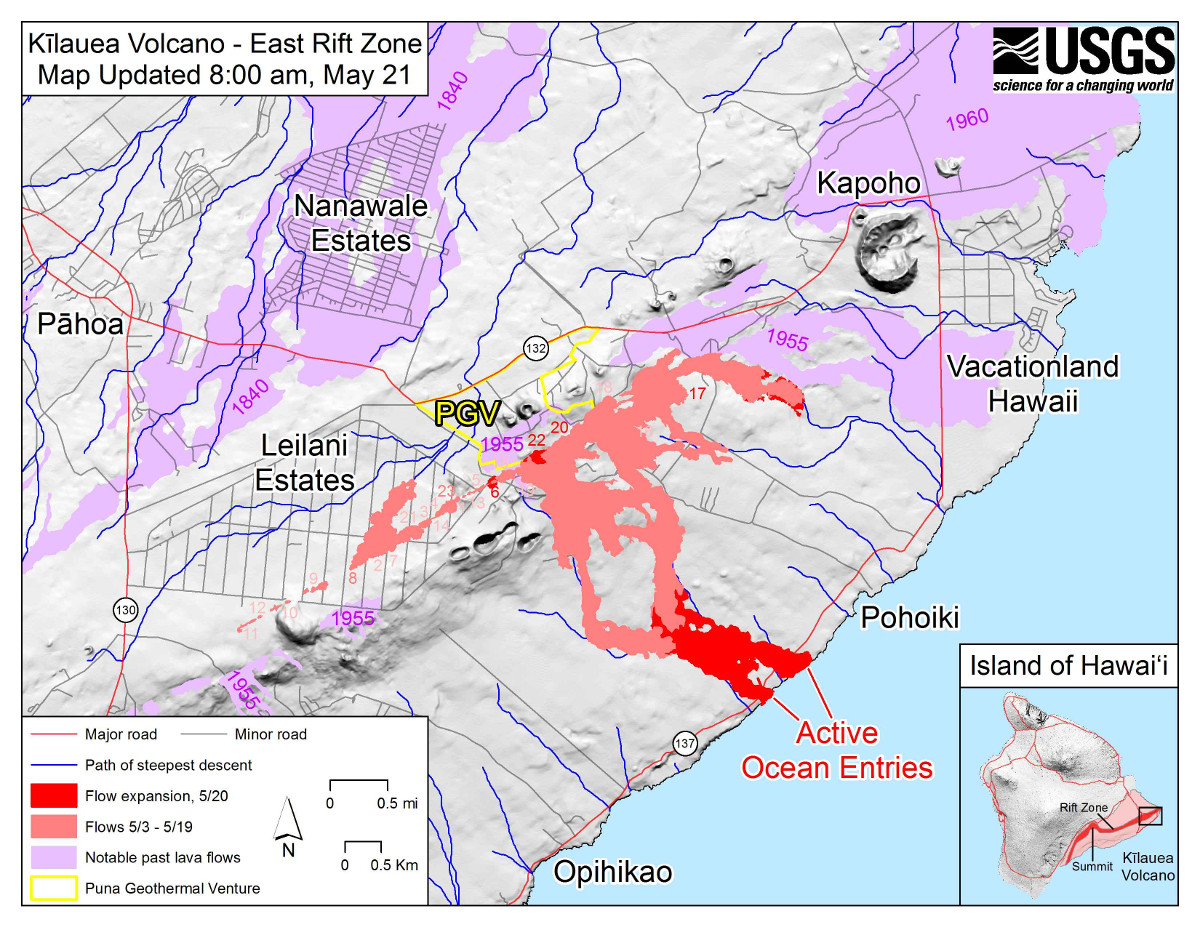 (BIVN) – Moderate-level eruption of lava continues from multiple points along the northeast end of the active fissure system, the USGS Hawaiian Volcano Observatory reported on Monday.

Scientist Jim Kauahikaua gave the media an update on the lower East Rift Zone activity, as well as the summit Kilauea Volcano, during a press conference outside the Hilo emergency operations center.

Kauahikaua noted that ground deformation has slowed and seismicity levels have decrease in the area. However, future outbreaks could occur both uprift (southwest) and downrift (northeast) of the existing fissures, or, existing fissures can be reactivated.

Fissure 22 is erupting a short line of low lava fountains that feed a channelized flow that reaches the coast just north of MacKenzie State Park. Spattering continues from a reactivated Fissures 6 that intermittently feeds a short lava flow. Fissures 17 and 19 continue weak spattering.

Volcanic gas emissions have tripled as a result of the voluminous eruptions from Fissure 20 so SO2 concentrations are likely elevated to higher levels throughout the area downwind of the vents. Moderate trade winds today means that areas downwind of Kilauea gas emission sources may experience varying levels of vog.

At the summit, HVO reported: