HILO, Hawaii - Mass Transit's cash handling process was inadequate and ineffective to ensure that revenue is properly controlled and deposits are timely and accurate, the auditor found. 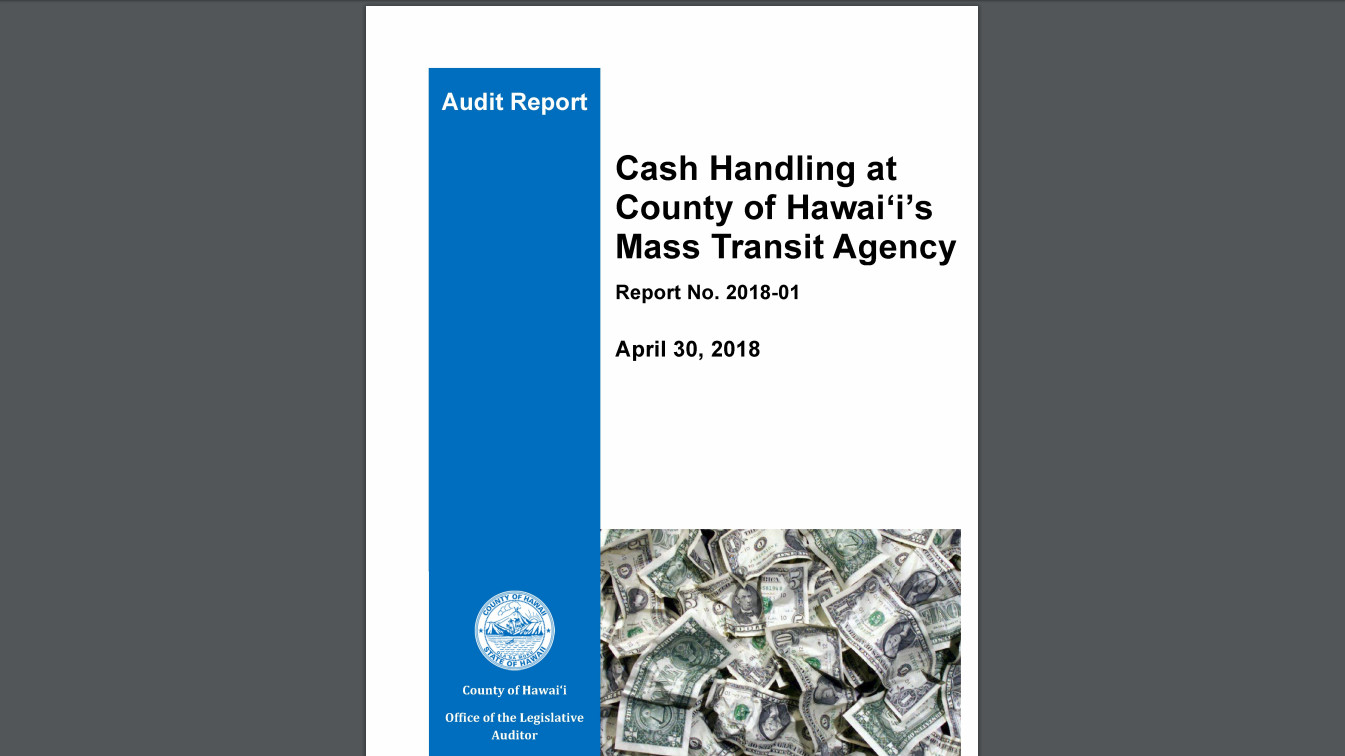 “Mass Transit’s cash handling process was inadequate and ineffective to ensure that revenue is properly controlled and deposits are timely and accurate,” the audit report stated. “Specifically, we found that cash was not physically secured, incompatible duties were not segregated, independent monitoring was insufficient, and cash was not deposited timely. We also found that Mass Transit sold taxi coupons, bus tickets, and bus passes using purchase orders outside of the County’s contracting process.”

Mass Transit receipted approximately $1.2 million in bus fares and shared ride taxi coupons, the auditor said. “Management of such a significant revenue stream makes it important for Mass Transit to have sound controls to safeguard revenue,” the report said.

Of particular concern to councilmembers: the surprise cash count that was conducted in January. From the audit report:

In January 2018, we conducted a surprise cash count. We counted nearly $30,000 in bus fare revenue, some of which had been there since July 2017. Due to the numerous internal control weaknesses, an ineffective bus cash receipting system, and the inconsistencies found during our count, we could not determine if all the cash paid by the bus riders was included in our count. We were unable to determine if money had been lost or misappropriated.

The auditor also reviewed December 2017 cash receipts and found that “all money that was receipted – was recorded and deposited. However, we could not determine if all money was receipted.”

The auditor offered 30 recommendations to Mass Transit management and staff. “These recommendations include updating the bus cash handling system and prioritizing cash handling internal controls,” the auditor said. “Some of these internal controls include physically safeguarding cash and cash equivalents, segregating duties, monitoring, and implementing and enforcing policies and procedures.”

The Legislative Auditor, Bonnie Nims, was on hand for the council committee meeting in Hilo. So was the county’s new Mass Transit administrator, Maria “Sole” Aranguiz.