Video by USGS, Hawaii County, and David Corrigan / audio from USGS conference call on May 25

HAWAII ISLAND - Moderate-level eruption of lava continues along the active fissure system in the lower East Rift Zone, while small eruptions of ash occurred at the Kilauea summit over the past day. 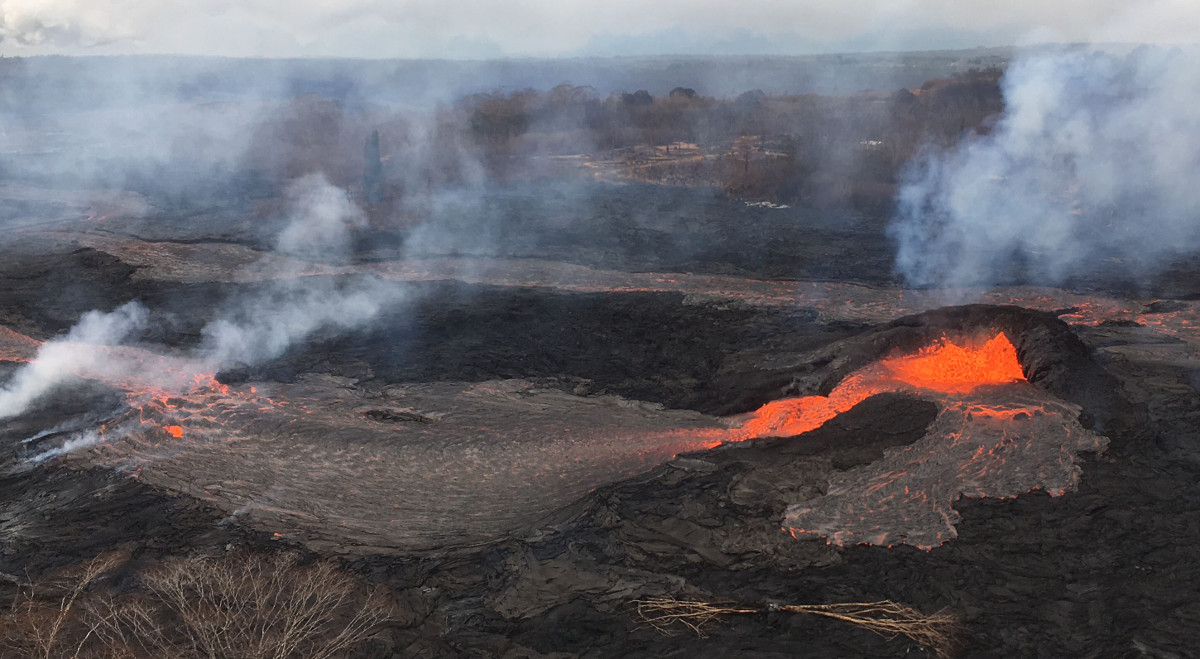 USGS: Activity at fissure 6 this morning (May 25, 2018). Lava fountains have built a small spatter cone (black mound) from which lava was spilling out onto the surface and flowing into a small pond (left of the cone).

UPDATE (6 p.m.) – Hawaii County Civil Defense reports that a lava flow has crossed Kahukai Street in Leilani Estates and is moving east. Fissures 7 and 21 are feeding a lava pond, which produced the flow.

Officials say Mohala Street is no longer accessible due to the flow that has crossed Kahukai Street.

Kaupili Street has not been cut off by the current flow, civil defense says, adding that residents should stay out of the area.

(BIVN) – Here is the latest on the ongoing eruption at the lower East Rift Zone of Kilauea, as well as the volcano summit, courtesy the USGS Hawaiian Volcano Observatory.

From Fissure 22 continues to erupt lava that is flowing southeast to the coast where lava is entering the ocean. Fountains at Fissures 6 and 13 feed lava into a channel that also reaches the coast, making a second ocean entry.

Fissure 7 and 21 are feeding a lava flow that has advanced northeastward crossing Kahukai St. at about 3:30 pm this afternoon and continuing to the northeast at a slow pace. 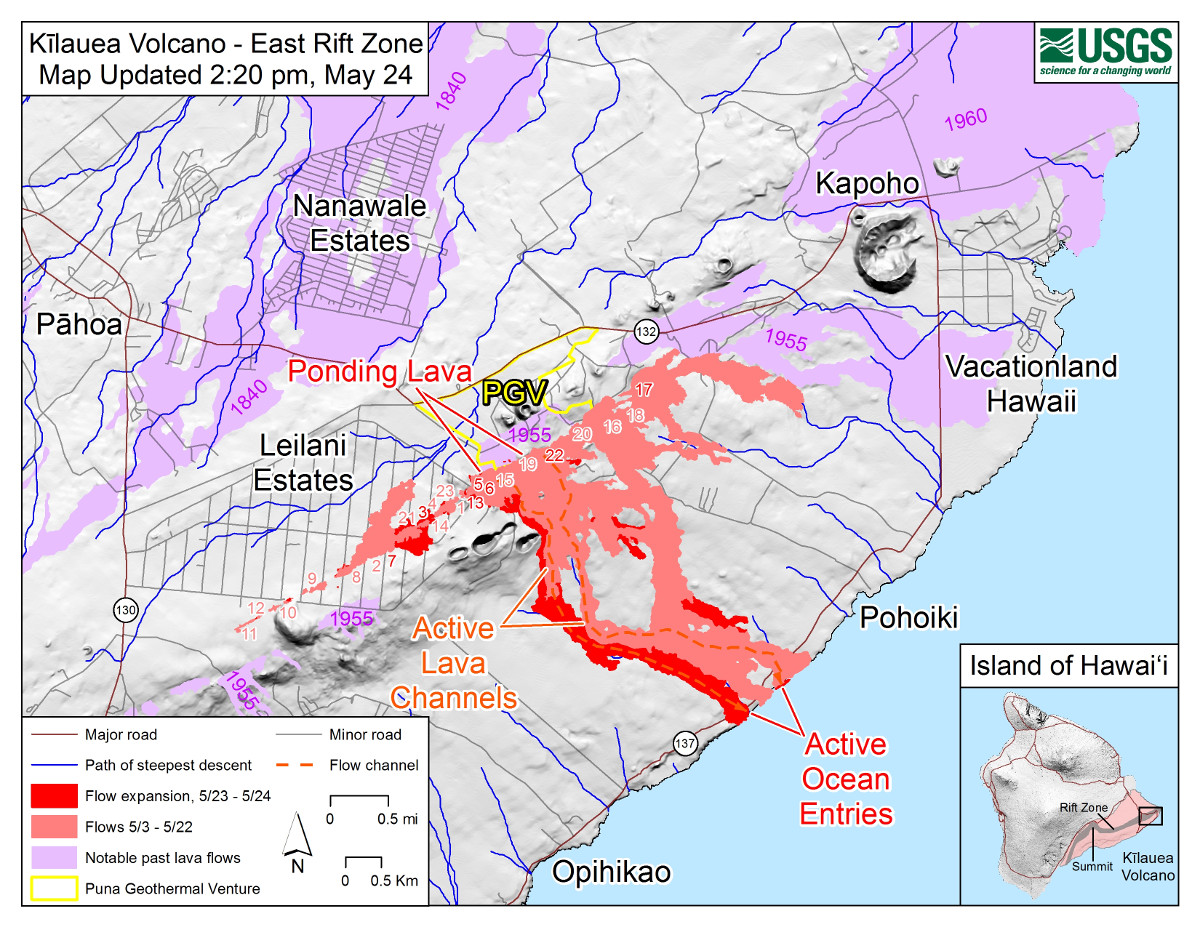 At the summit, scientists say multiple small eruptions of ash occurred over the past day, all ejecting ash to under 10,000 ft above sea level.

One of the largest ash eruptions occurred about 4:17 p.m., sending ash as high as 12,000 feet above sea level. Additional explosions are possible at any time. USGS wrote:

Seismic levels, which abruptly decreased after the recent explosive eruptions, are again slowly increasing. As of 2:30 pm, there have been 90 autolocated earthquakes at the summit in the last 6 hours. Thirteen of these were M>3 in the caldera area. The largest was a magnitude-4.0 located just north of Halema`uma`u crater.