HAWAII ISLAND - Vigorous eruption of lava continues from the lower East Rift Zone, and ash continues to erupt at the summit. 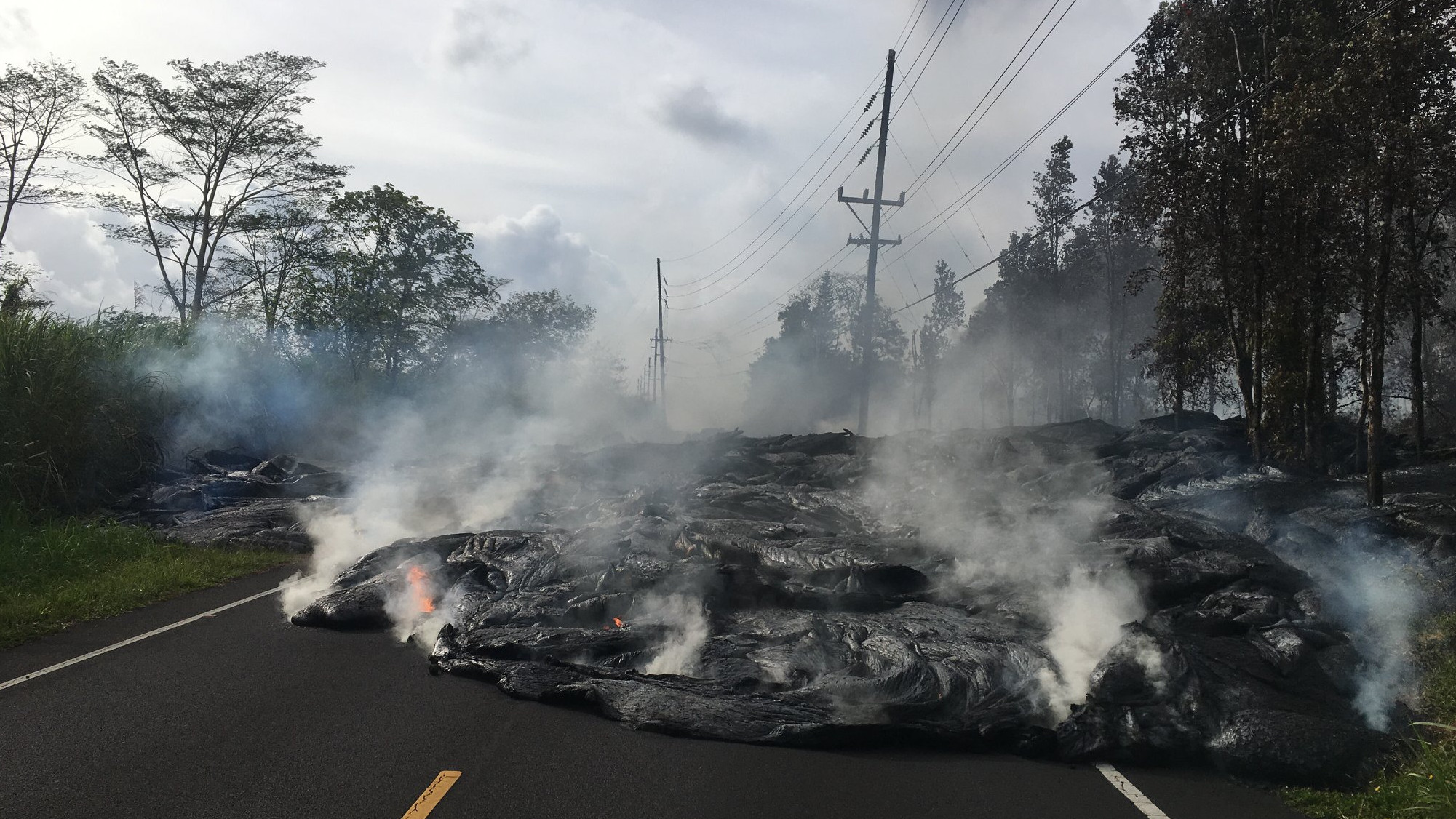 USGS: Scientists observed pahoehoe lava flows crossing Pohoiki Street in the Leilani Estates subdivision at about 11:35am HST on May 28.

(BIVN) – The “vigorous” eruption of lava continues from the lower East Rift Zone of Kilauea volcano in the area of Leilani Estates and Lanipuna Gardens on Memorial Day, the USGS Hawaiian Volcano Observatory says.

Deputy USGS HVO Scientist-in-Charge Steve Brantley answered questions about the eruption during a 11 a.m. media conference call on Monday. Also on the line were representatives from the closed Hawaii Volcanoes National Park and the National Weather Service.

Overnight, field crews confirmed that the fast-moving flow that broke out at about 7 PM HST Sunday night originated from Fissure 8. The fissure fed a channelized flow that moved north along the margin of the existing flow before turning east and crossing out of Leilani Estates near the intersection of Kahukai and Hookupu streets. As of 8 AM HST Monday morning it had started to cross Pohoiki Road, but the advance rate slowed from hundreds of meters (yards) per hour on Sunday night to a few meters (yards) per hour this morning.

Fissures 6 and 13 are inactive, scientists say, and Fissure 9 is reactivated but erupting small amounts of lava that are pooling nearby.

Fissure 7 and 21 are no longer active and lava flows from that fissure have largely stalled on PGV property, USGS reported. 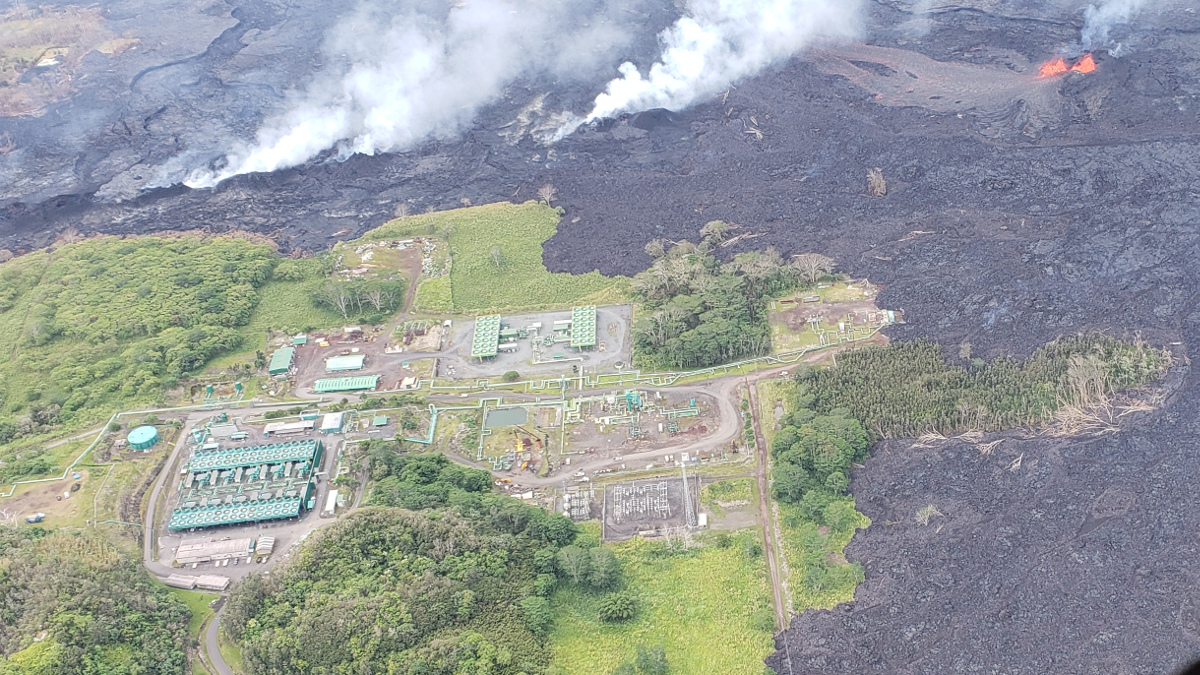 At the Kilauea summit, earthquakes continue as the summit area subsides and adjusts to the withdrawal of magma.

Ash continued to erupt intermittently from the vent within Halemaʻumaʻu crater, at Kīlauea’s summit. A brief emission event at about 4:35 AM HST this morning sent ash to about 10,000 feet above sea level but was not associated with a significant tilt offset. A similar event at about 6:30 AM sent ash to approximately 12,000 feet above sea level. Earthquakes are currently occurring at high rates in the summit area. Observations from the ground, by UAS, and by satellite during the past week have documented retreat of the summit vent walls due to collapse of the steep conduit and rim. Trade winds are causing ash fall to the southwest. If a forecast shift in wind direction occurs today, ash fall may occur in communities around the summit area.

A community information meeting will be held Wednesday, May 30 at 5:30 p.m. in the evening at the Kaʻū High School multi-purpose room to discuss the increasing vog and ash exposure in the Kaʻū District.

County officials are allowing residents to go down to visit Pohoiki today, providing they acquire a placard at the Pahoa Community Center first. The policy will be in effect at least until Highway 132 is overtaken by lava.

The Hawai‘i Electric Light Company warns customers that power interruptions are likely if the lava continues to advance toward Highway 132.

“The company has been monitoring lava activity and is ready to implement its plans to perform planned switching to reroute power to customers in the lower Puna areas,” a media release stated. “This work will begin at about 3:00 p.m., Monday, May 28, however may occur sooner if conditions change.”

During switching operations, customers in the following areas will experience a power interruption for about one hour:

HELCO says the areas in and around Kapoho will experience an extended power outage if lava breaches Highway 132. “Power in the Kapoho area will not be restored until we are able to complete a full assessment and implement alternative plans to serve this area once it is safe for company personnel to do so,” the utility stated.

“Hawai‘i Electric Light appreciates its customers’ patience and understanding,” said Rhea Lee-Moku, company spokesperson. “The switching work is being completed as a precaution to minimize the duration of power interruptions in the event utility equipment is impacted by lava.”