PUNA, Hawaii - The wide lava flow front is about 400 yards from the ocean, moving slowly through Kapoho Beach Lots / Vacationland. 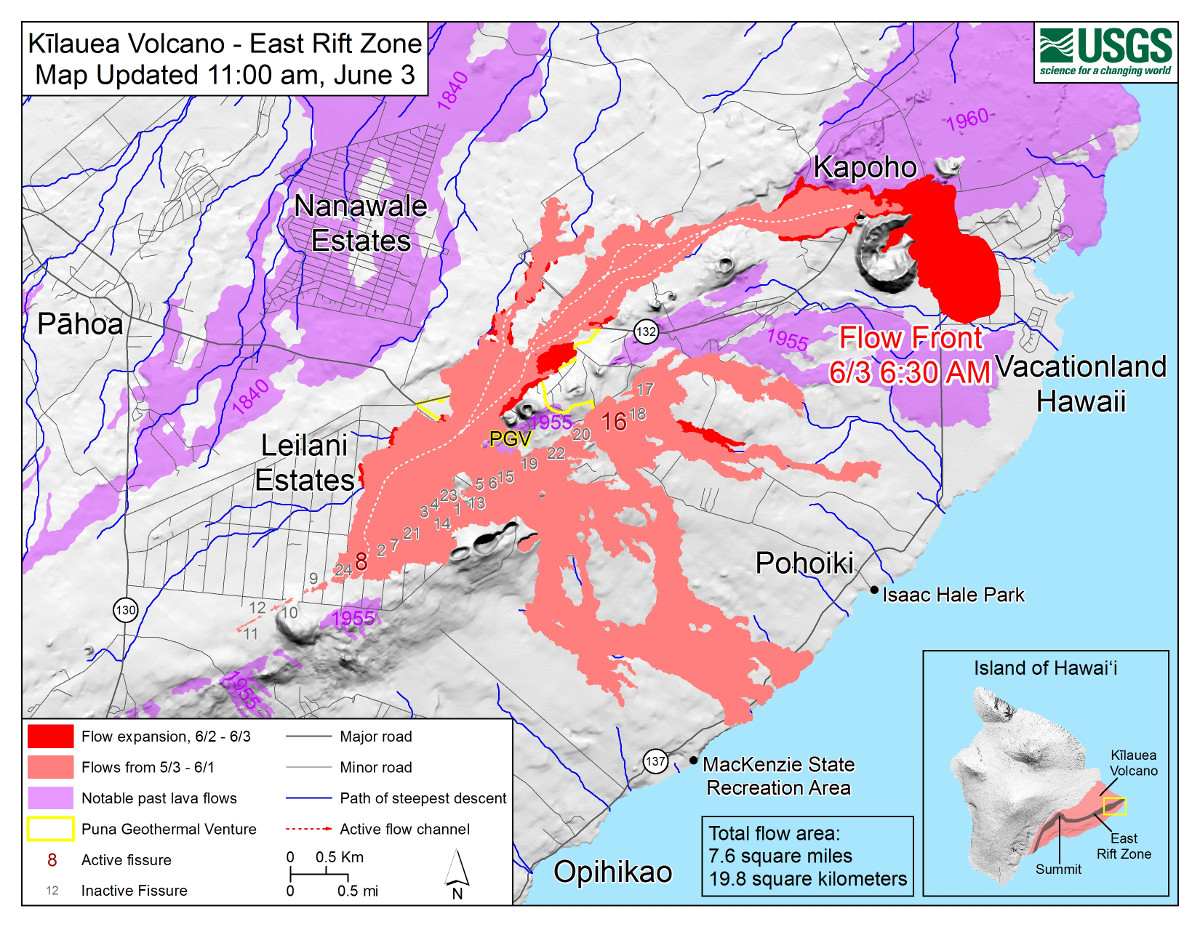 (BIVN) – A wide lava flow continues to travel downslope through Kapoho Beach Lots, and is about 400 yards from the ocean, officials say.

State Senator Kai Kahele once again provided video recorded earlier this morning over the lava flow from a military helicopter.

According to the USGS Hawaiian Volcano Observatory at 10:40 a.m. HST:

Fissure 8 fountaining persisted throughout the night, and the channelized flow continued to deliver lava northeast along Highway 132 to the Kapoho area. Lava is advancing along a 0.5-mile-wide front towards the ocean at Kapoho Bay between Kapoho Beach Road and Kapoho Kai Drive. As of 7:30 AM HST, the lava flow was about 430 yards from the ocean. Other branches of the Fissure 8 lava flow were inactive.

All other fissures are inactive, scientists say, “although Fissure 9 is steaming heavily.”

During an 11 a.m. media conference call, USGS Hawaiian Volcano Observatory seismologist Brian Shiro talked about the possibility of eruptive activity moving uprift, due to what is being observed at Fissure 9. He also talked about how the current activity on the lower East Rift Zone is being considered a separate eruption from the middle East Rift Zone eruption at Puʻu ʻŌʻō, which lasted over 35 years. 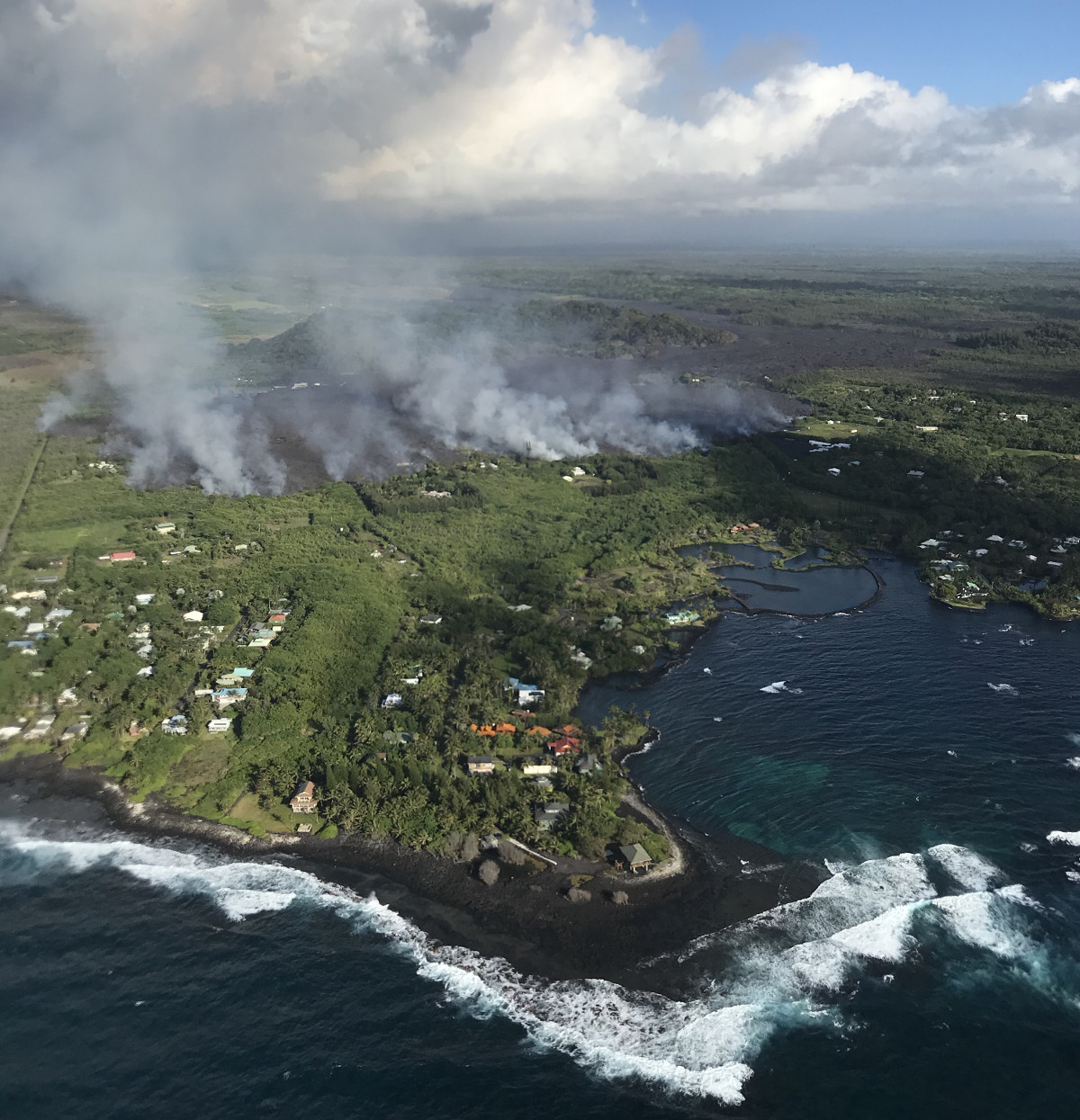 USGS: Overflight photo at 7AM HST from offshore looking up the flowfront. Nearly all of the front was active and advancing/spreading.