HAWAII ISLAND - Scientists say crews have not observed any significant changes in the Fissure 8 flow field. 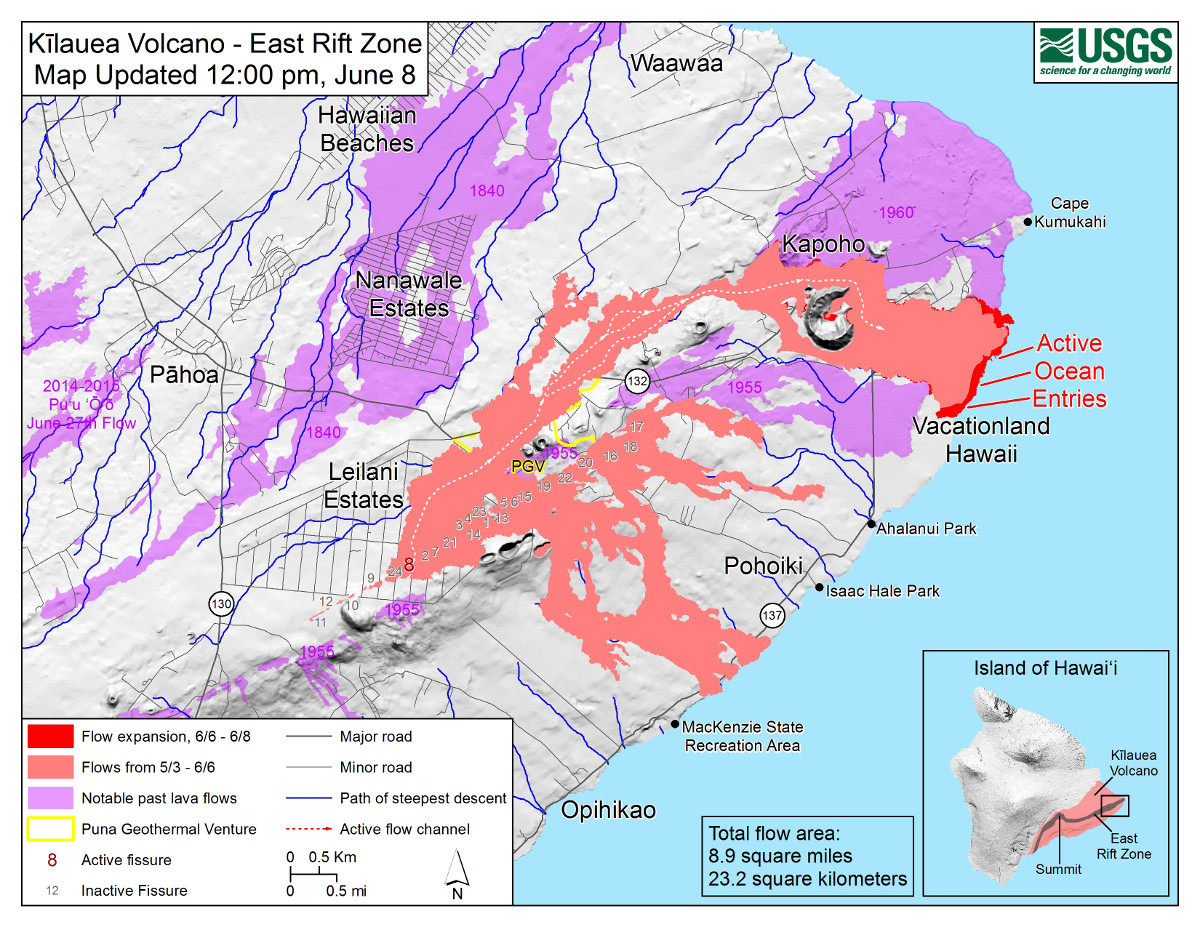 USGS MAP: Map as of 12:00 p.m. (noon) HST, June 8, 2018. The fissure 8 flow has created a lava delta approximately 190 acres in size, filling Kapoho Bay and shallow reefs along the nearby coastline.

(BIVN) – Vigorous eruption of lava continues from the lower East Rift Zone fissure system in the area of Leilani Estates. According to a report from the USGS Hawaiian Volcano Observatory published at 4:54 p.m. HST:

Lava eruption continued at Fissure 8 with vigorous fountains reaching heights of about 220 feet. Geology crews reported no significant changes in the Fissure 8 flow field and two large plumes at the broad ocean entry. The Kapoho Beachlots boundary has not changed since this morning’s overflight. There is no lava activity from the other fissures.

“Geology and UAS crews observed no significant changes in the Fissure 8 flow field,” USGS said earlier this morning. “There is no lava activity from the other fissures but Fissure 24 is incandescent and Fissures 24, 9, and 10 are fuming heavily.”

“Following a magnitude-3.2 earthquake at the summit, twelve rockfalls were recorded in Puʻu ʻŌʻō between 10:31 and 10:56 AM with a prominent, but brief, red dust plume ejected into the air around 10:50 AM,” scientists reported. 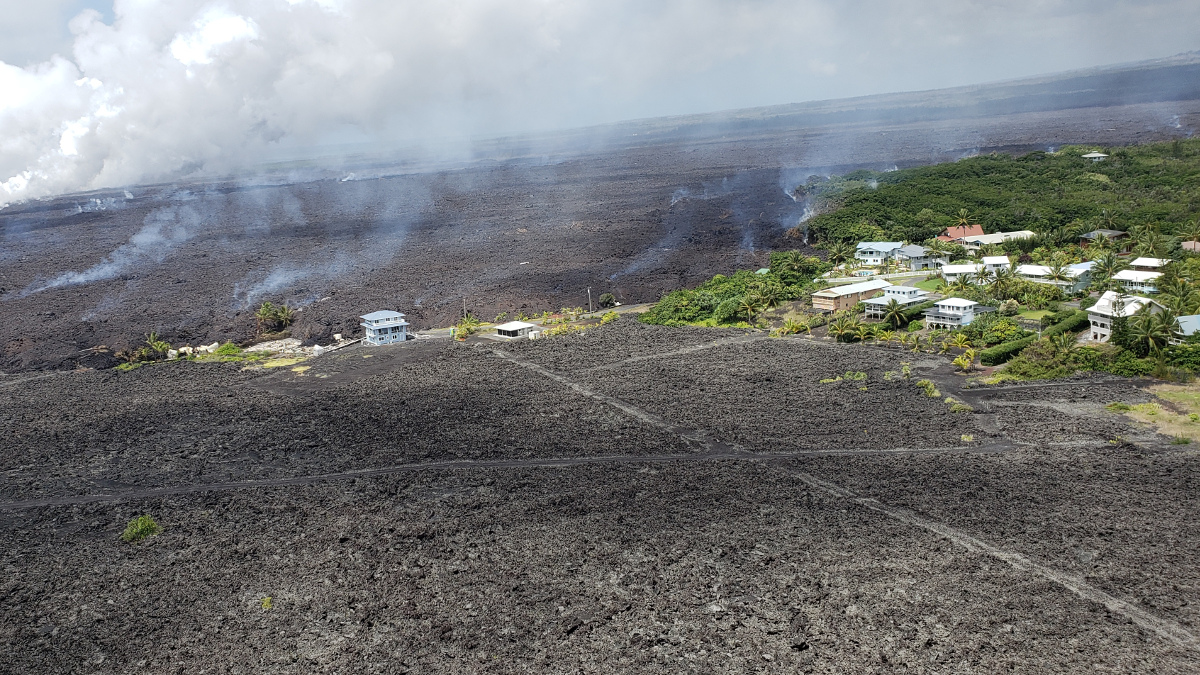 The National Weather Service reported high levels of vog and sulfur dioxide was moving north earlier today “and wedging in the Saddle area,” civil defense said. “Vog will limit visibility on some roads to a quarter of a mile. Drive with caution. The Big Island interior and south are expected to have increased levels of vog until tonight,” emergency officials said.

Due to volcanic emissions and changing wind conditions, the following guidance is given: