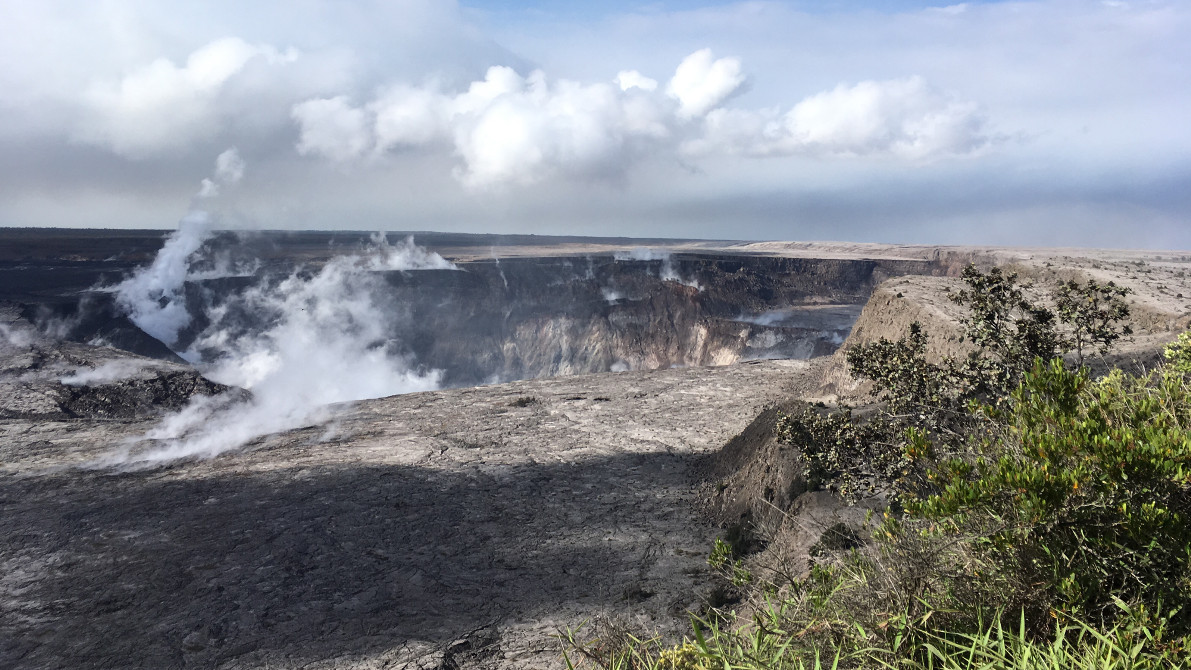 The USGS Volcanic Activity Notice details the reasoning behind the change:

Episodic collapse of Kīlauea Volcano’s caldera floor continues, at times accompanied by bursts of small amounts of volcanic ash. The most recent of these occurred today at 4:12 pm.

Since late May, these collapse/explosion events have rarely produced significant ash plumes rising more than 10,000 feet above sea level where they can pose a significant hazard to aviation. For this reason, HVO is reducing the aviation color code from RED to ORANGE.

Collapse/explosion events that may produce ash plumes are expected to continue as long as subsidence is occurring at the volcano’s summit. At any time, activity could intensify producing more ash and higher ash plumes. During these events, ash may be transported downwind to impact communities.

For forecasts of where ash would fall under forecast wind conditions, please consult the Ash3D model output here.

Information on volcanic ash hazards and how to prepare for ash fall maybe found at ivhhn.org (health impacts) OR volcanoes.usgs.gov (other impacts).

Eruption of lava and gas from the lower East Rift Zone (LERZ) continues into its seventh week. The eruption remains hazardous and therefore HVO is maintaining alert level WARNING.

The fissure 8 cone continues to feed a lava flow reaching the ocean at the Kapoho area coastline. Short-lived overflows of lava from an established channel occur periodically but generally do not travel beyond the existing flow field.

Pele’s hair and other lightweight volcanic glass fragments from the lava fountain at fissure 8 continue to fall downwind of the fissure, dusting the ground within a few hundred meters (yards) of the vent. High winds may waft lighter particles to greater distances. Residents are urged to minimize exposure to these volcanic particles, which can cause skin and eye irritation similar to volcanic ash.