HAWAII ISLAND - At 4 a.m., the USGS reported there has been no significant activity on the north side of the Fissure 8 lava channel since the overflows yesterday afternoon. 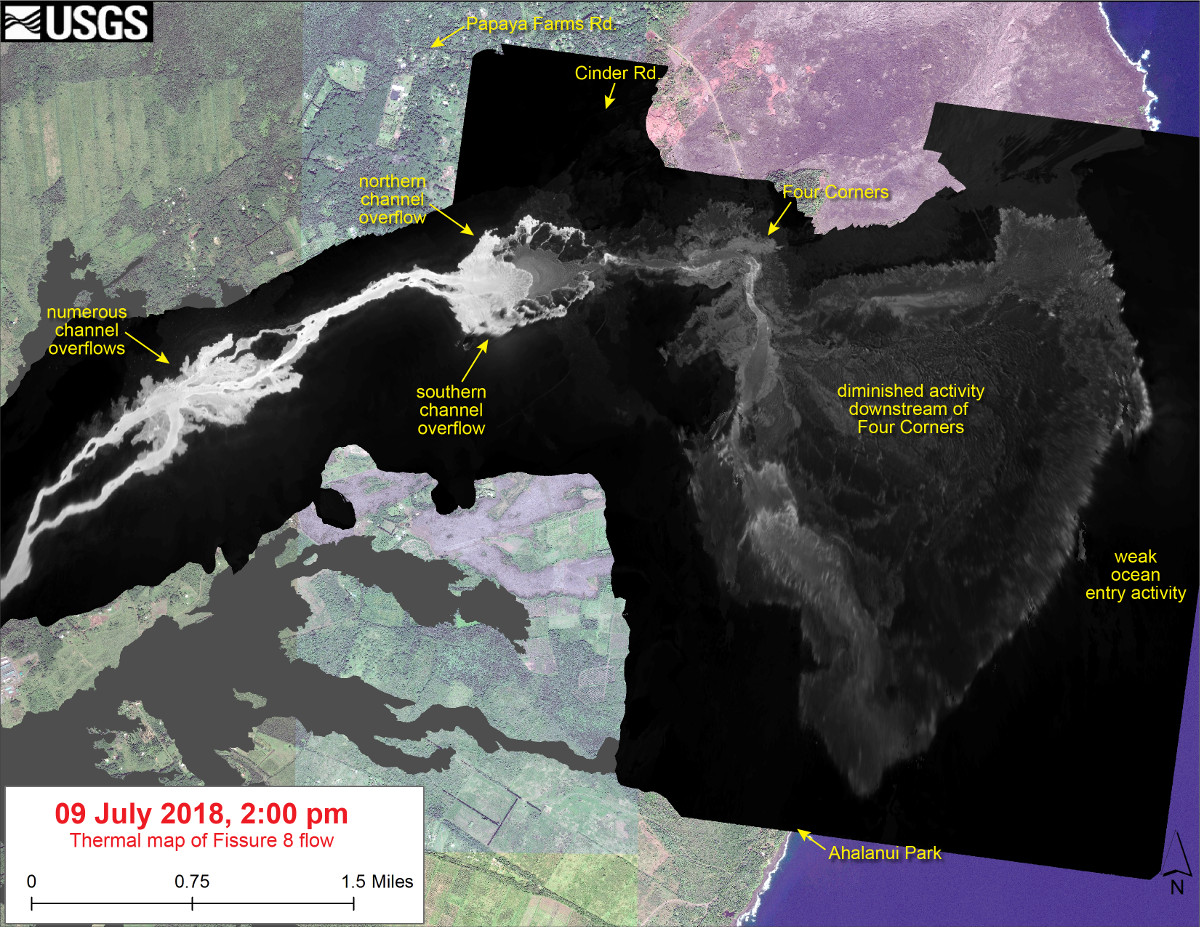 (BIVN) – The lava lobe that was progressing northeast towards Cinder Road is no longer advancing at this time, the USGS reported at 4 a.m. this morning, adding that “there has been no significant activity on the north side of the Fissure 8 lava channel since the overflows yesterday afternoon.”

According to a Hawaii County Civil Defense message issued Tuesday morning at 6 a.m., Fissure 8 in Leilani Estates continues to be very active and is feeding a lava channel to the ocean at Kapoho, although “the ocean entry showed reduced size late Monday.”

“The channel flow split north and south and expanded upslope of the Four Corners,” civil defense stated. “It appears that the north flow has stalled overnight. A morning flight is scheduled to determine where the active flow edges have reached overnight.”

Scientists reported last night that the lower part of the main lava channel “has undergone significant reorganization”, likely due to a blockage that formed Monday morning in the main channel upstream of Kapoho Crater.

An overflow further down the channel reached beyond the flow field Monday, and one flow lobe was moving northeast from the main channel towards Cinder Road. At 4 p.m. civil defense said there was “no immediate threat at this time,” but added that “residents in the Cinder Road area are advised to be prepared for voluntary evacuation if necessary.”

There will be an Eruption Update meeting tonight at 5 p.m. at the Pahoa High School cafeteria.