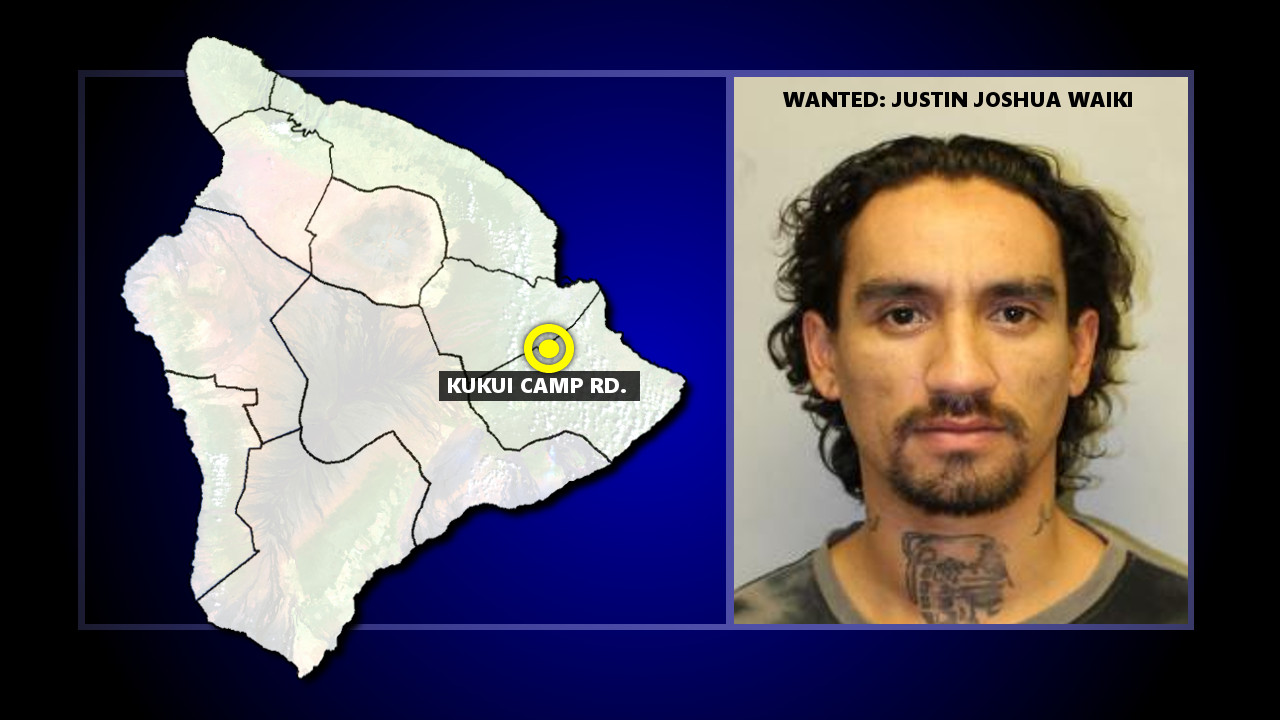 MOUNTAIN VIEW, Hawaii - A 10-year veteran of the Hawaiʻi Police Department was fatally shot while on a traffic stop on a vehicle on Highway 11, in the area of Kukui Camp Road. 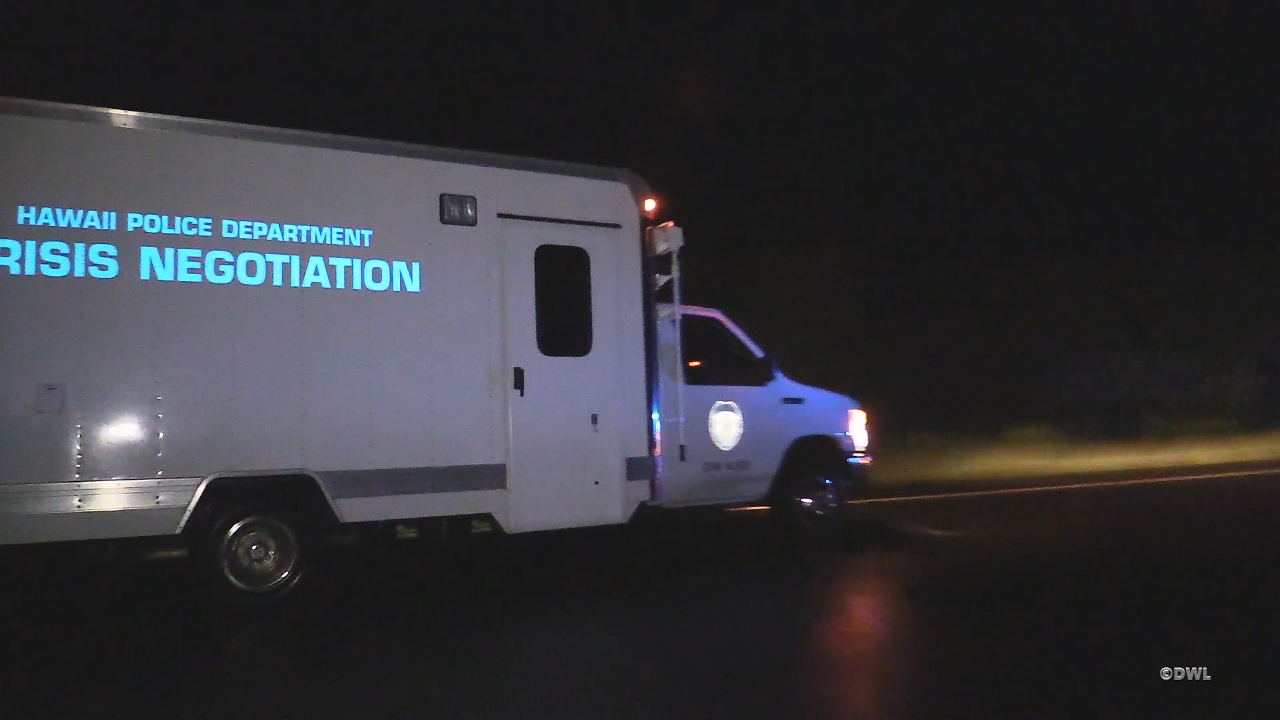 Image from video at the scene, taken by Daryl lee

(BIVN) – A ten-year officer of the Hawaiʻi Police Department was shot and killed Tuesday night during a traffic stop in Mountain View.

Officer Bronson K. Kaliloa was shot in the neck and leg area, and taken to Hilo Medical Center, where he died.

The suspect, Justin Waiki, escaped into the bushes on foot and remains at large. Police say Waiki is to be considered armed and dangerous and should not be approached. 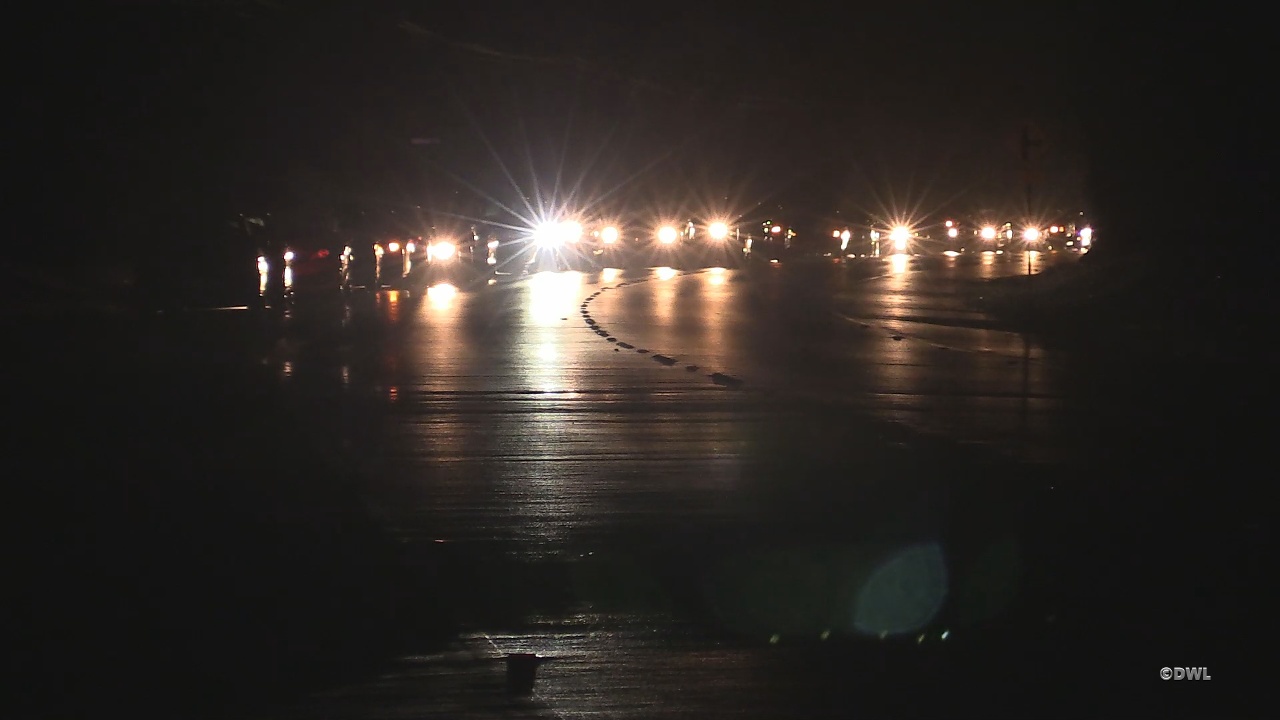 Fellow police officers swarmed Highway 11 and Kukui Camp Road in Mountain View on Tuesday night, releasing a Nixle alert advising motorists to “Please avoid Highway 11 and the area between North Kulani Road and Ala Loop for the next 6 hours. Use Stainback Highway as an alternate route.”

On Wednesday morning, police issued this media release on the incident:

Hawaiʻi Island police are investigating the murder of a police officer who was fatally shot while on a traffic stop on a vehicle on Highway 11, in the area of Kukui Camp Road, Mt. View, Hawaiʻi.

On July 17, 2018, approximately 9:47 p.m., Officers conducted a traffic stop on a vehicle bearing Hawaiʻi license plate number ZGG 879, being operated by a 33-year old male identified as Justin Waiki, of a last known Las Vegas address, who was wanted on an outstanding no bail warrant and multiple All Points Bulletins.

Upon officers approaching the vehicle the suspect Justin Waiki, exited the driver front seat and fired multiple shots from what is believed to be a handgun, striking Officer Bronson K. Kaliloa in the neck and leg area. Other Officers at the scene immediately returned fire, however, the suspect Waiki, was able to flee into the brush on foot. Highway 11 was closed down, while police searched for the suspect and process the scene for evidence.

Officer Kaliloa was transported by the Hawaiʻi Fire Department Medic Unit to the Hilo Medical Center Emergency Room where the medical trauma team began treating his life threatening injuries and prepared him for surgery. Officer Kaliloa underwent surgery, however, lifesaving efforts were unsuccessful and he was pronounced dead at approximately 12:45 a.m. Officer Kaliloa, a 10-year veteran of the Hawaiʻi Police Department, leaves behind his wife and three small children.

The suspect is identified as Justin Joshua Waiki, (pictured above) and is described as 5’11” in height, approximately 145 pounds, last seen wearing a white t-shirt and dark colored jacket. Waiki is to be considered armed and dangerous and should not be approached. Anyone with information his whereabouts is asked to call the police at 935-3311 or those who prefer to remain anonymous may call the island-wide Crime Stoppers number at 961-8300.

The Criminal Investigation Section is continuing this investigation and anyone with information may also contact Detective William Brown at (808) 961-2384 or by email at william.brown@hawaiicounty.gov.

Hawaii County Police this morning released a photo of Police officer Bronson K. Kaliloa, killed in the line of Duty on Tuesday, July 17 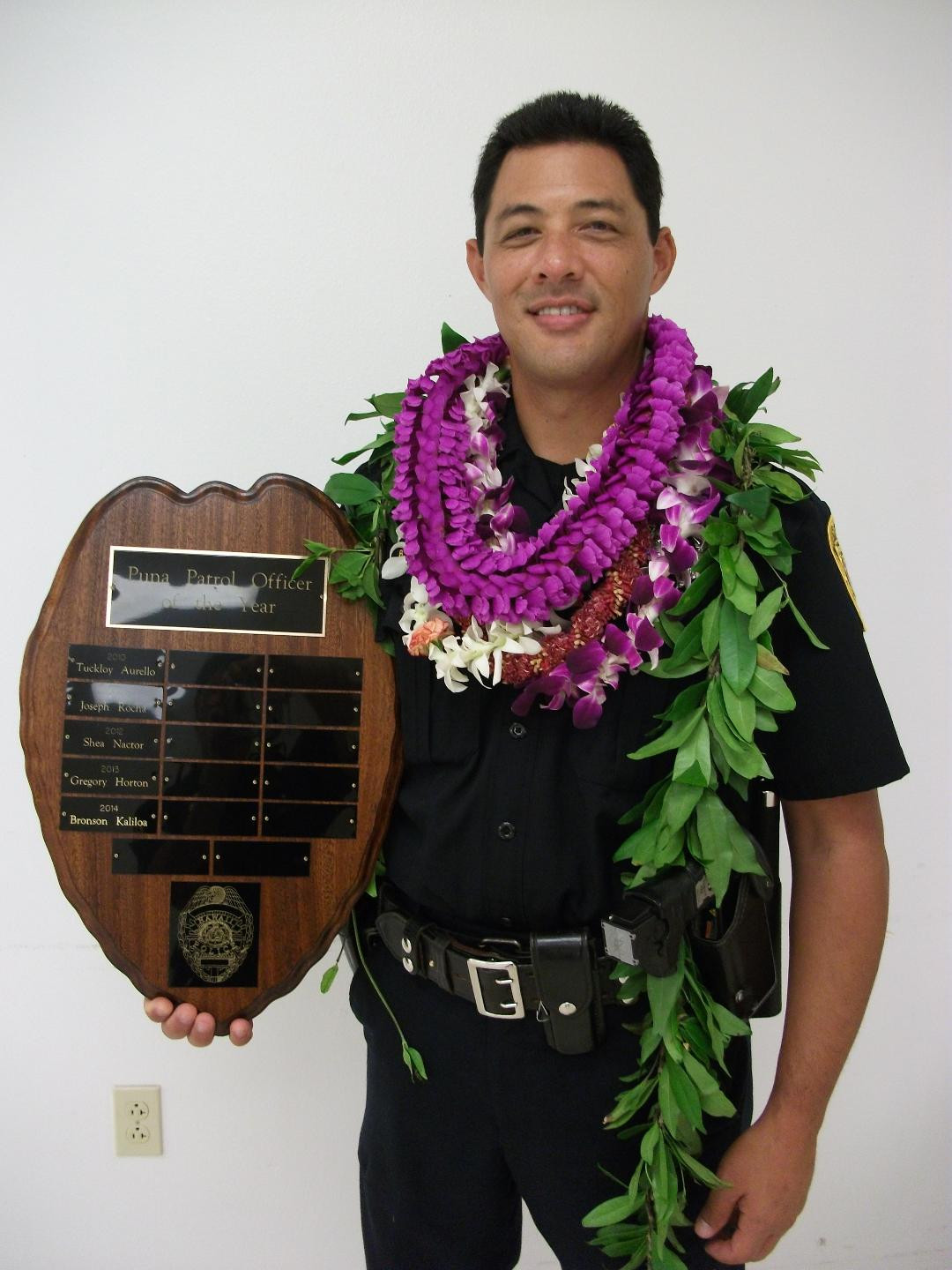