HAWAII ISLAND - Scientists answered questions about a new report that indicated the lower East Rift Zone eruption could last for "months to years." 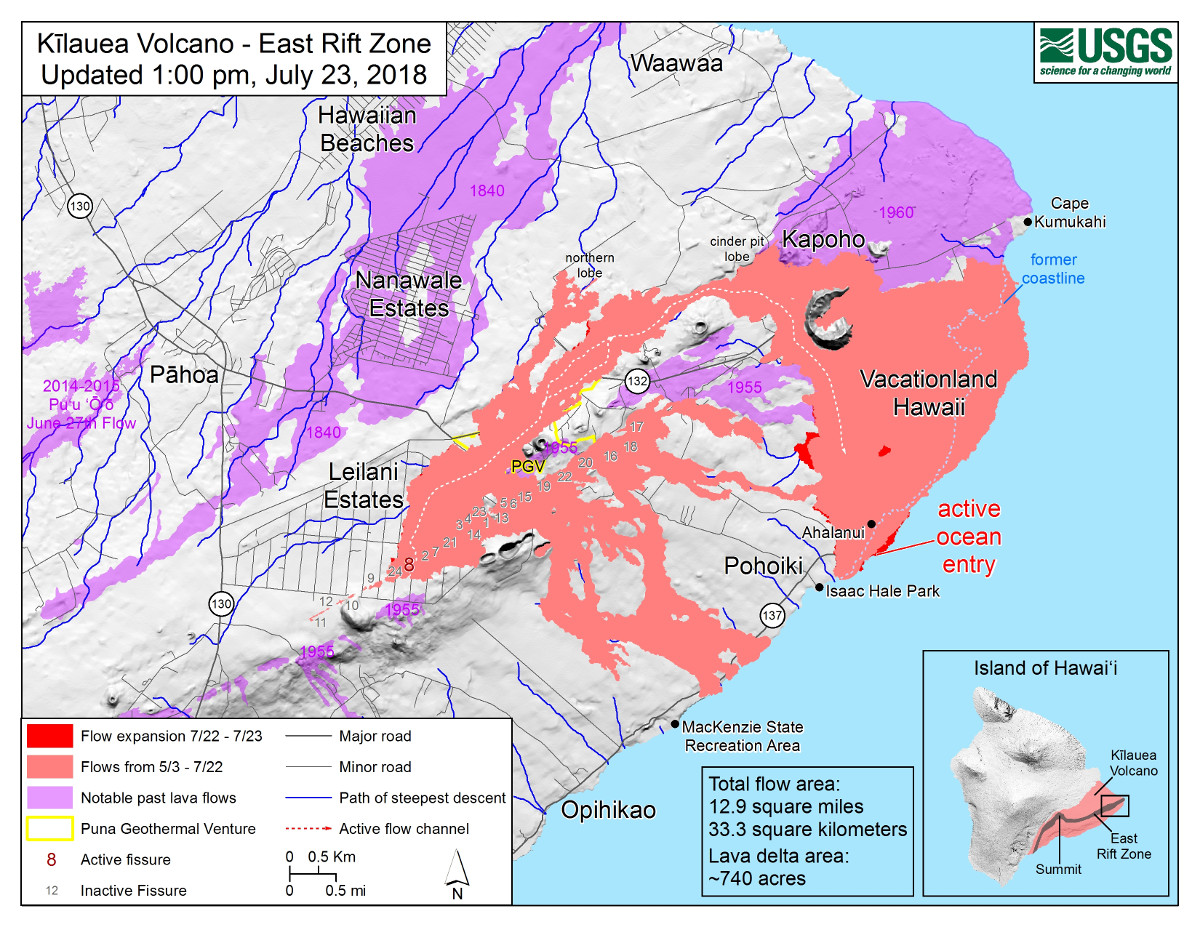 
(BIVN) – The eruption of Kīlauea Volcano along the lower East Rift Zone, which scientists said could last for “months to years” in a new report, continues.

During a media conference call today at noon, scientists with the USGS Hawaiian Volcano Observatory tried to answer questions from the media about the estimated longevity of the eruption from Fissure 8 in Leilani Estates, which is currently sending lava into the channel leading northeastward from the vent.

“UAV crews found overflows just northwest of Kapoho Cone following a collapse event at the summit at 8:54 last night,” the USGS reported this afternoon. “The overflows were mostly confined to the existing flow field and stalled before threatening any nearby homes The most vigorous ocean entry is located a few hundred meters northeast of the southern flow margin with a few tiny pahoehoe toes entering the ocean from the Kapoho Bay lobe to the north.” 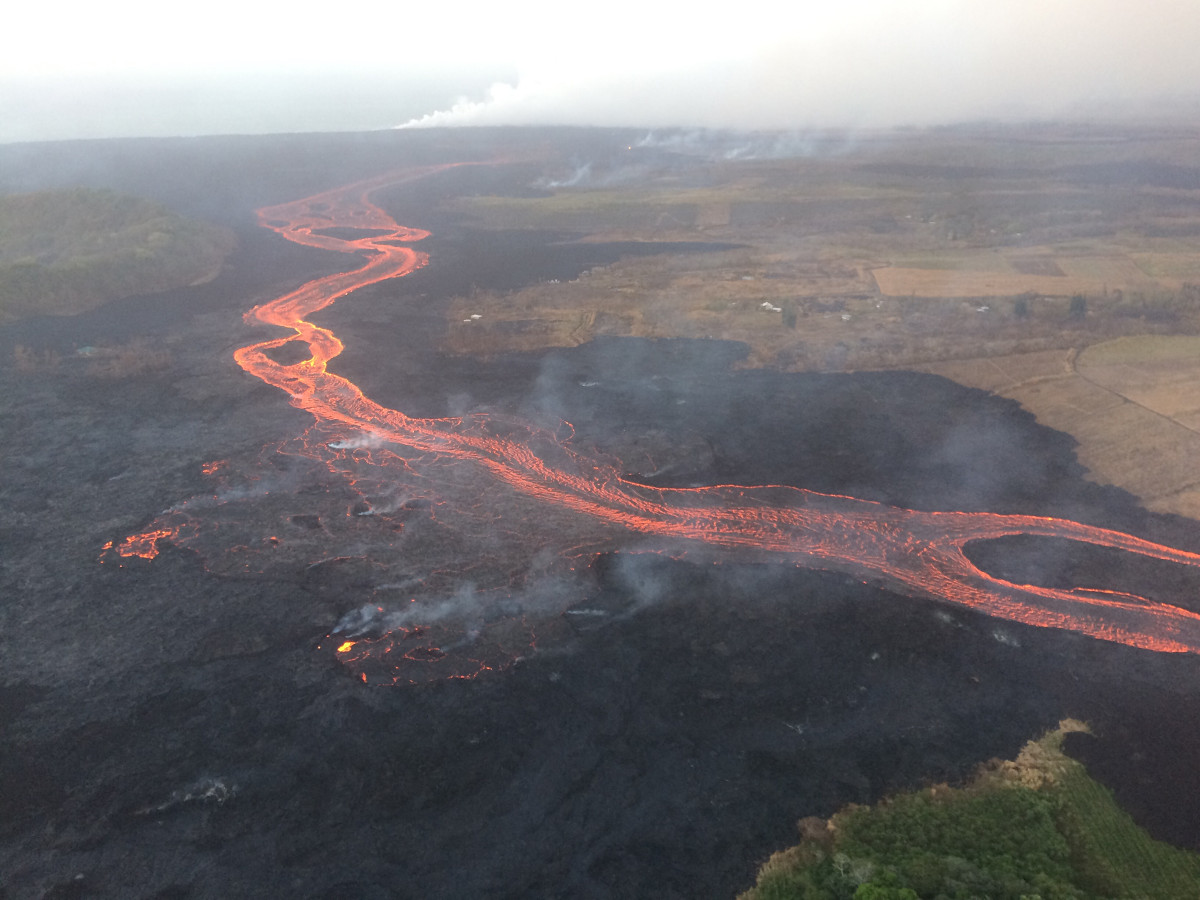 (USGS) The fissure 8 channel continues to carry lava toward the coast on the west side of Kapoho Crater (vegetated cone, far left). Northwest of this cone, overflows (lower left) of the channel occurred overnight, but lava was confined to the existing flow field and did not threaten any homes or structures.

“The southern margin of the flow remains about 500 m (0.3 mi) from the boat ramp at Isaac Hale Park,” USGS scientists wrote, “however, a new lobe has started from the southern lobe and is active along its southwestern margin slowly heading toward the ocean.” The new lobe can be seen in the map, posted today by USGS.

UPDATE: Lava tour boat operators report the lava is moving fast in the direction of Pohoiki this evening and there are concerns that the treasured beach park and boat ramp could be taken by morning.

At the summit, civil defense reports “the Volcano area is experiencing poor air quality due to easterly winds. In areas of high SO2, limit outdoor exposure and stay indoors with the windows closed. If the air quality becomes too poor, leave the area.”

Sulfur dioxide emissions from the volcano’s summit are very low, USGS says, but today the summit region was being impacted by sulfur dioxide from the lower East Rift Zone eruption.

The earthquake activity in the summit area continues to cause road damage on Highway 11, officials say. “Motorists are advised to be alert for changing road conditions, especially between MM 28 and 32,” civil defense said.