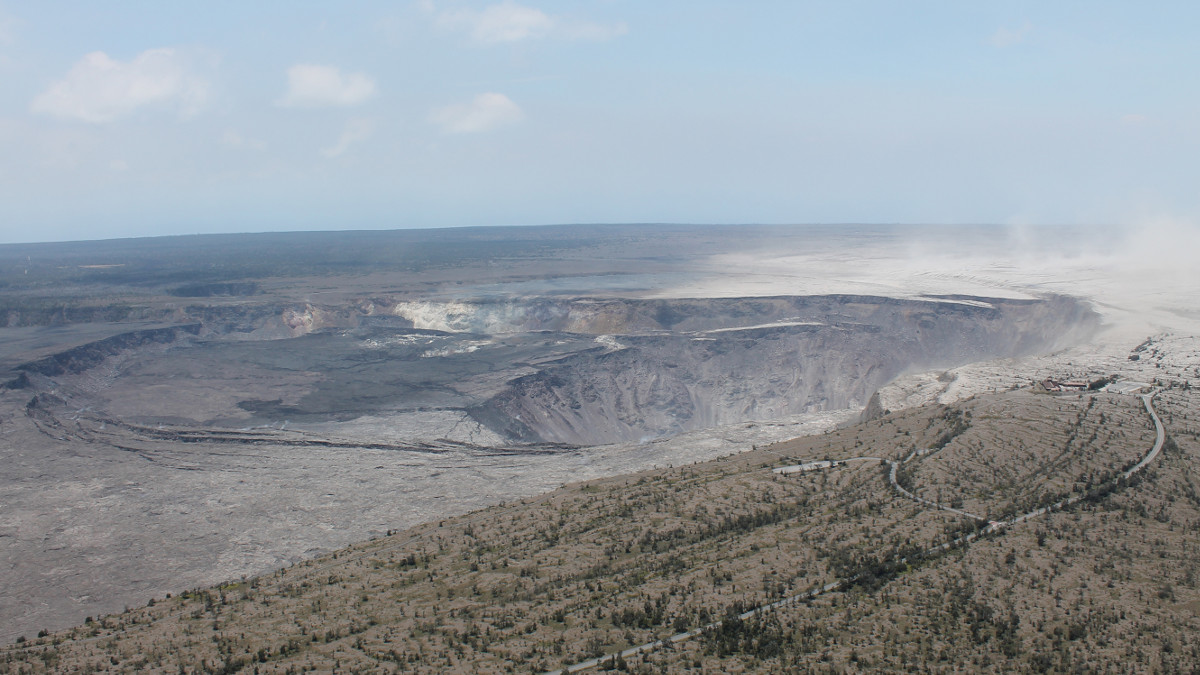 HAWAII ISLAND - A spillover on the north side of the upper channel caused a brush fire in an undeveloped area, following another collapse event at the summit.


(BIVN) – An apparent surge of lava within the Fissure 8 channel following a Kilauea summit collapse resulted in a spillover and brush fire on Thursday.

“This afternoon, a spillover on the north side of the upper channel caused a brush fire in an undeveloped area,” Hawaii County Civil Defense reported.

The surge came after the 62nd summit collapse event just after noon today. The collapse was similar in character and magnitude to previous events, the USGS Hawaiian Volcano Observatory said. A preliminary magnitude-5.4 earthquake for the event was reported by the Pacific Tsunamis Warning Center. 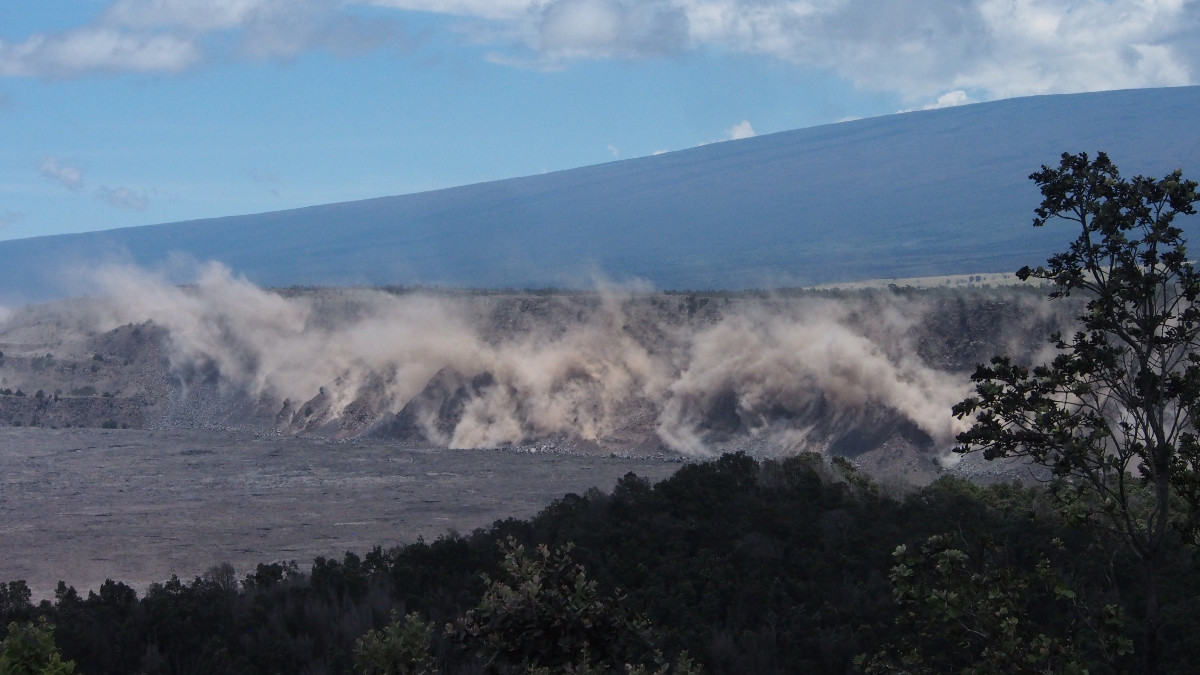 Before the collapse event, scientists noted “lava levels in the more distant portions of the channel system were low during this morning’s overflight.” A series of USGS photos helped tell the story: 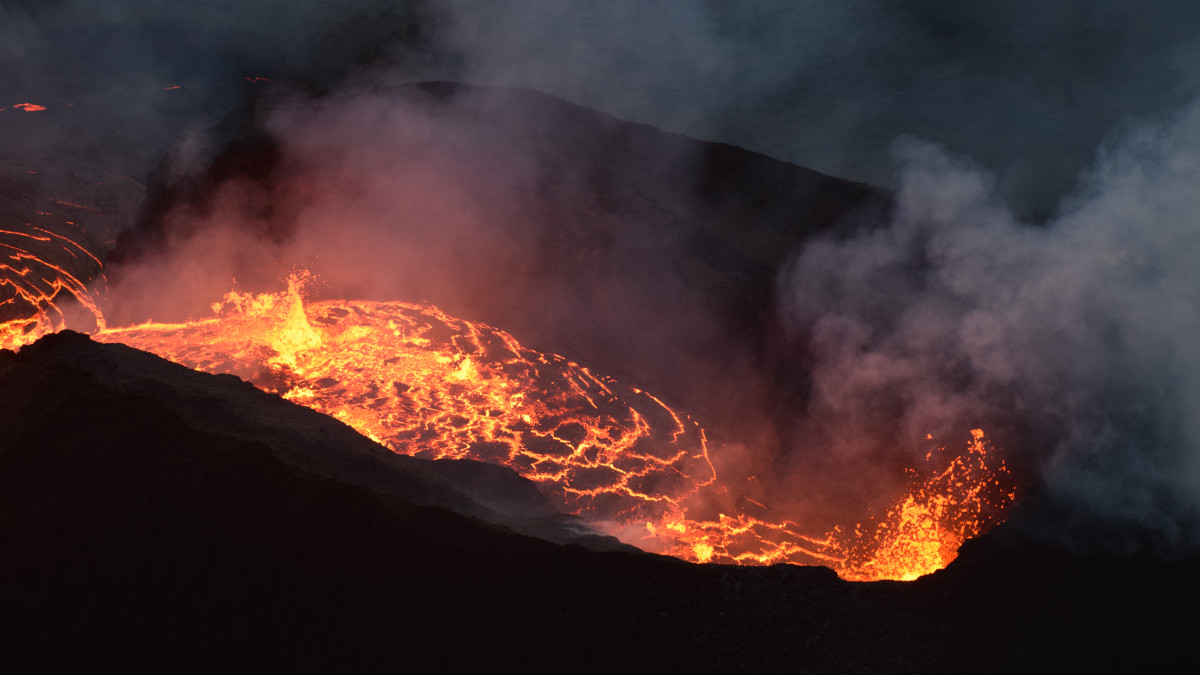 (USGS) During this morning’s overflight, HVO geologists used a telephoto lens to capture this image of the fissure 8 cone. Activity within the vent was low, with small bubble bursts in the eastern part of the vent and low lava fountains on the western side. The fountains occasionally threw spatter onto the west rim of the cone (right) 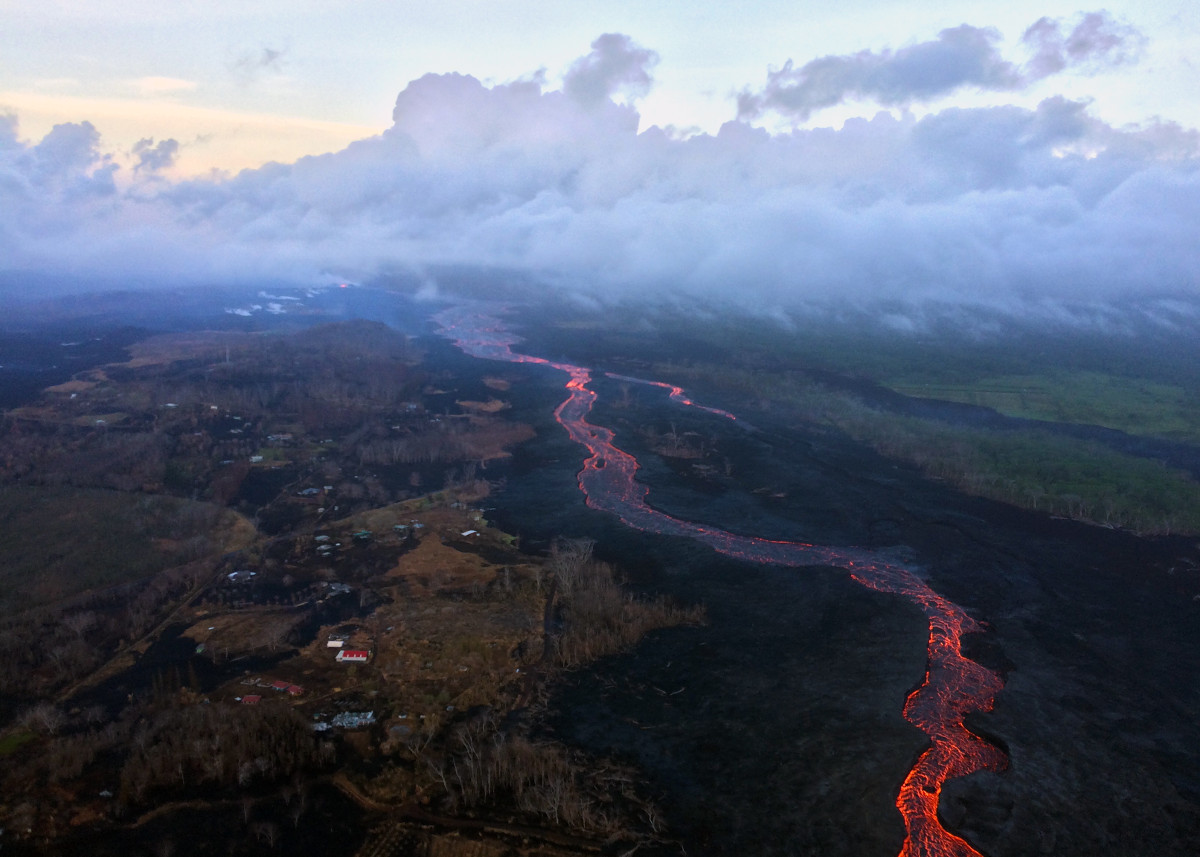 (USGS) An early morning aerial view (looking west) of the fissure 8 lava channel. Downstream of the vent, the channel splits to form a “braided” section in the lava channel, and, this morning, the north (right) arm of the braided section appeared to be partially abandoned. Lava was still visible in part of the northern braid, but the lower section was only weakly incandescent. During today’s overflight, lava within the channel generally appeared to be at a lower level than in previous days.

At the coast, USGS reported “the south edge of the lava flow did not advance westward in the past day, and remains less than 175 m (0.1 mi) from the Pohoiki boat ramp in Isaac Hale Park. Lava is actively entering the ocean along a broad 2 km (1.2 mi) flow front centered near the former Ahalanui Beach Park.” 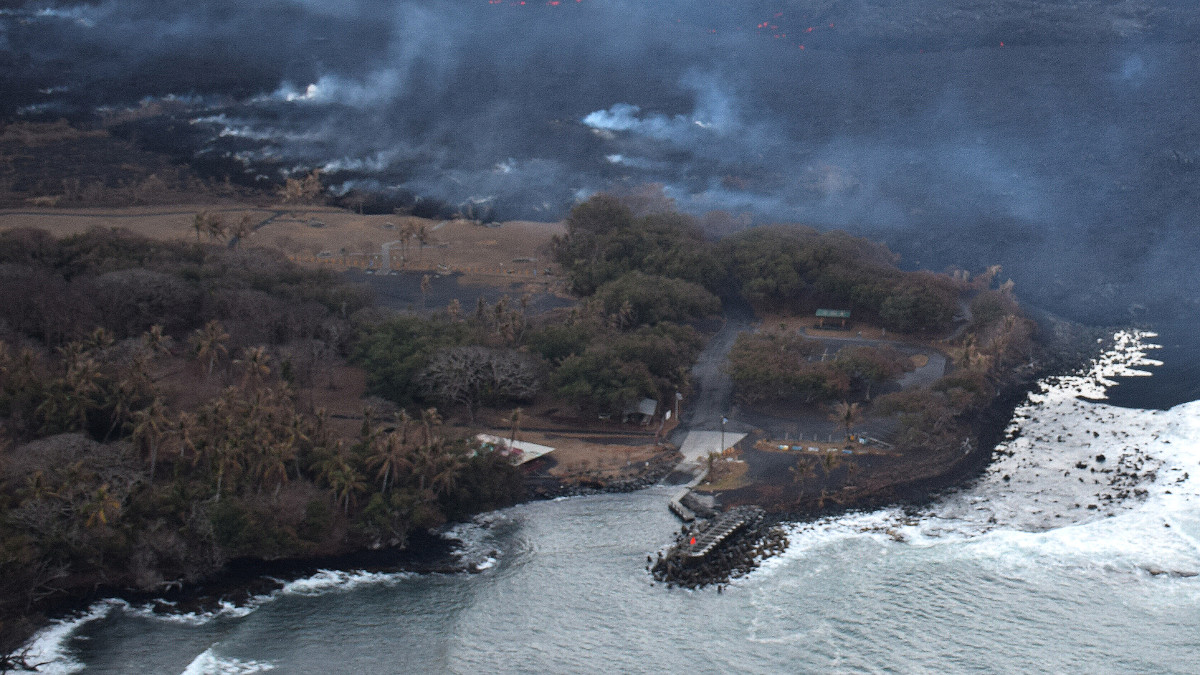 (USGS) Incandescent (glowing red) spots of lava can be seen within the flow field beyond the boat ramp. HVO geologists also observed a few oozes of lava on or near the western flow margin, but all appeared weak as of 6:00 a.m. HST.

“Motorists on Highway 11 between the 28 and 32 mile marker are advised to stay on the pavement, be alert for changing roadway conditions, and drive with caution,” civil defense said in a 4 p.m. message. “Motorcyclists and bicyclists should proceed with extreme caution.”