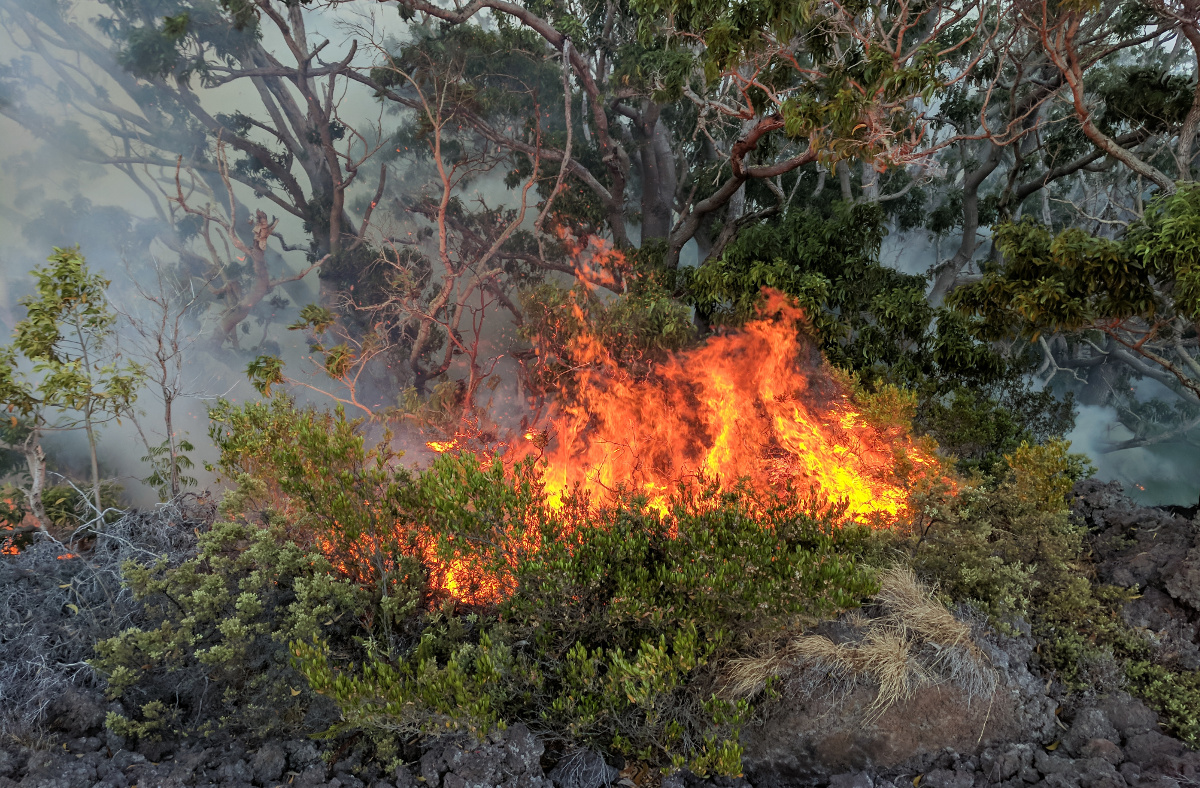 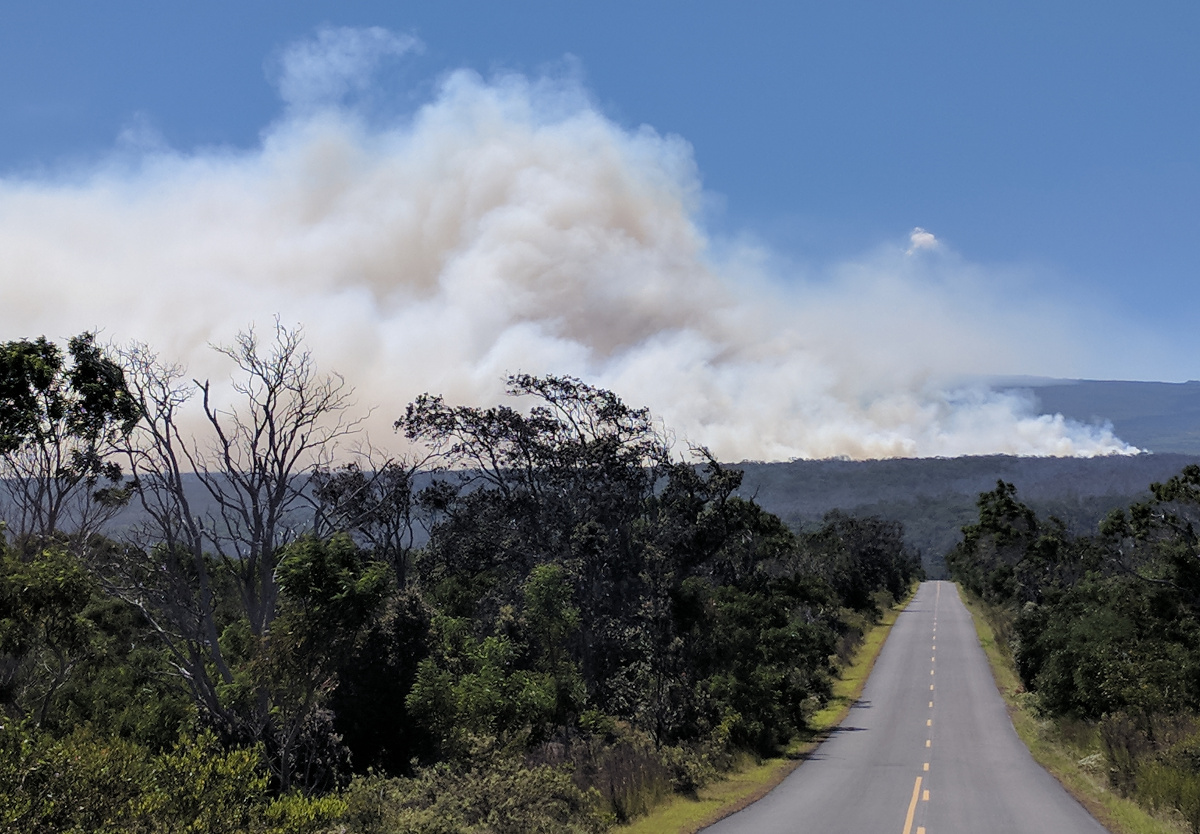 The 700-acres blaze is not contained at this time, a media release reported. National Park Service firefighters and the County of Hawaiʻi are working to control the blaze.

“Strong winds and dry conditions at the fire’s 4,800-foot elevation are making it a challenge to control,” the National Park Service reported. “No homes or structures are currently at risk, but the fire has scorched native koa forest, which provides important habitat to endangered and endemic species like the Hawaiian hawk and Hawaiian bat.”

The brush fire was reportedly sparked during repairs to a bulldozer, officials say.

County of Hawaiʻi fire personnel are also working to suppress the fire outside the park, while firefighters from the Hawaiʻi Department of Land and Natural Resource’s Division of Forestry and Wildlife and volunteer firefighters from Volcano also responded.

“Mauna Loa Road – along with most of the national park – has been closed to the public since May 11 due to hazardous seismic activity,” the National Park Service said. “The next significant rainfall is not expected until Wednesday, when Hurricane Hector is expected to impact the Hawaiian Islands.”