PUNA, Hawaii - Living alongside 4 Road, the residents suddenly found themselves in water up to their chins as former Hurricane Lane left torrential rains over the Big Island. 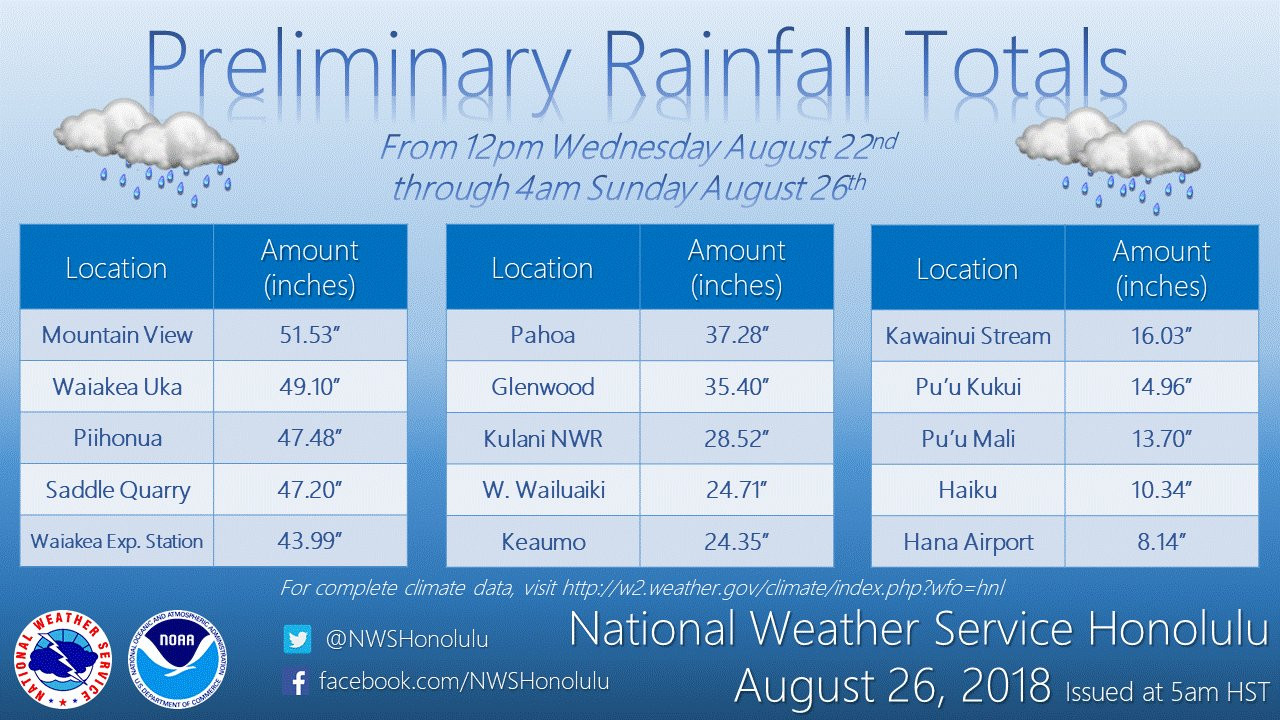 (NWS Honolulu) This image, released by the National Weather Service, shows preliminary rainfall measurements from the Big Island of Hawaii over the last four days, associated with former Hurricane Lane.

(BIVN) – On Friday night, torrential rains swept over the Puna area of Hawai‘i Island as the weakened, former Hurricane Lane passed to the west. Flash flooding hit East Hawai‘i, and closed critical highways in and out of the Puna district. Residents, unable to evacuate or get help, had to tough it out in the elements.

In this video, Hawaiian Acres residents Jamila Dandini and Brooklyn Rosenberg recount their frightening experience from that night, finding their home in deep water and their animals in peril, off 4 Road.

Although Hawaii dodged the brunt of the high winds produced by the Category Four Hurricane Lane, the storm “produced the third highest storm total rainfall from a tropical cyclone in the US since 1950,” the National Weather Service stated.