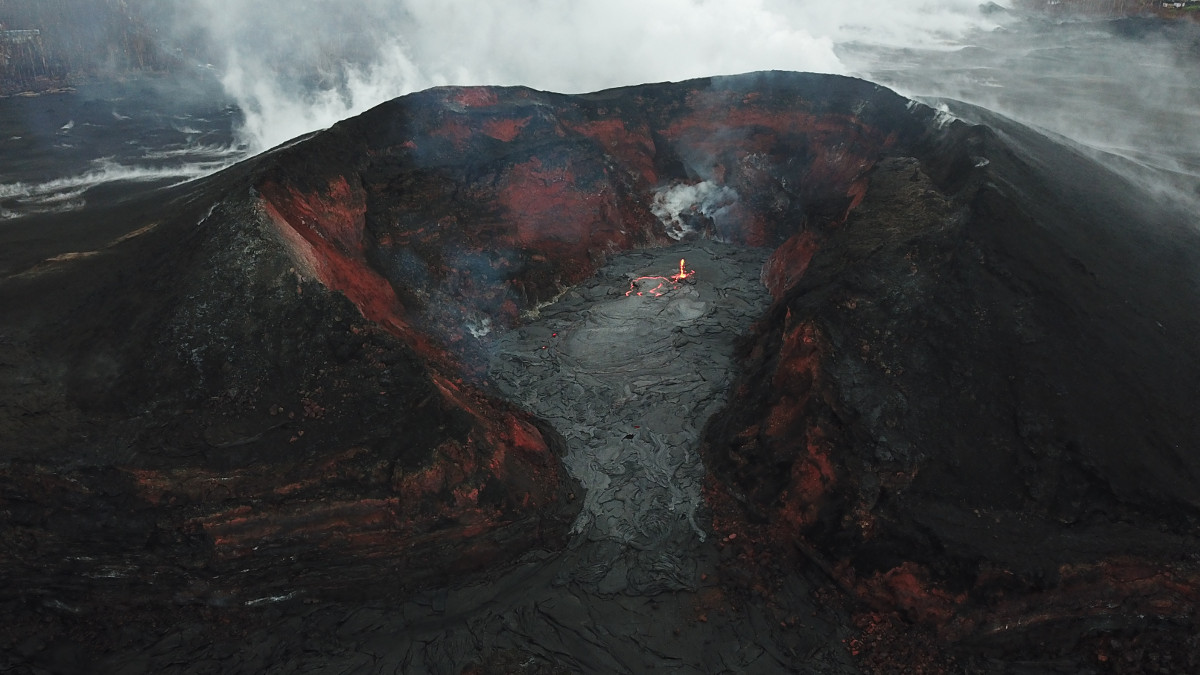 PUNA, Hawaii - Lava continues to fill the deep crater in the fissure 8 cone, with no lava extending outside the walls of the cone and no flows heading down the spillway. 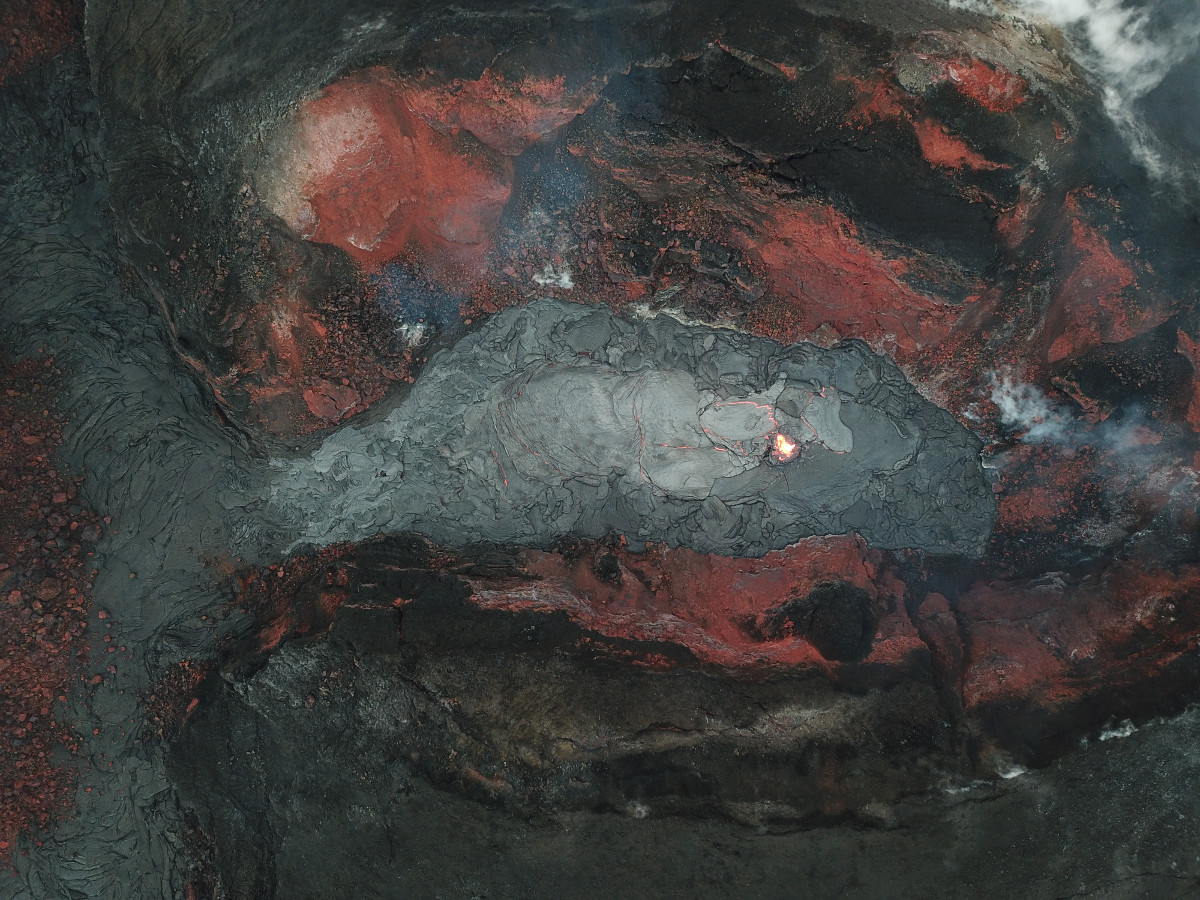 (USGS) An Unmanned Aircraft Systems image captured early this morning looks directly down into the fissure 8 cone. The new lava is lighter in color compared to the older, darker lava farther down the spillway (left).

There is no lava extending outside the walls of the cone and no flows heading down the spillway, the scientists said. Other vents were steaming due to morning rains.

“Early this morning, the Unmanned Aircraft Systems team was able to conduct a brief overflight of fissure 8 between passing rain showers, which resulted in abundant steaming on the flow field,” the USGS Hawaiian Volcano Observatory reported. The UAS images that were released show “a small pond of lava on the floor of the crater within the fissure 8 cone, with some minor, low-level spattering and slow-moving lava just barely entering (but not heading down) the spillway.”

Scientists confirmed the reemergence of active lava in Fissure 8 over the weekend, after a period of quiet on the lower East Rift Zone. The observation prompted a new message from Hawaii County Civil Defense, which reiterated that it “is common for eruptions to go through periods of diminished output, or to pause completely, only to reactivate days, weeks, or even months later.”

Aside from the lava in Fissure 8, seismicity remains low and ground deformation is negligible at the summit of Kīlauea Volcano. Nothing unusual was observed anywhere else on the lower East Rift Zone, scientists said.

HVO crews continue to restore communication with several monitoring stations on the east side of the island that was disrupted by the passage of Hurricane/Tropical Storm Lane but the losses do not significantly reduce our ability to assess volcanic conditions. Whiteout conditions could occur on the new lava field due due to steam produced by heavy rainfall on still-hot lava flows.

The Hawaiian Volcano Observatory (HVO) continues to closely monitor Kīlauea’s seismicity, deformation, and gas emissions for any sign of reactivation, and maintains visual surveillance of the summit and LERZ as best we can. Ground and drone crews are in the field today but continue to be hampered by weather conditions.