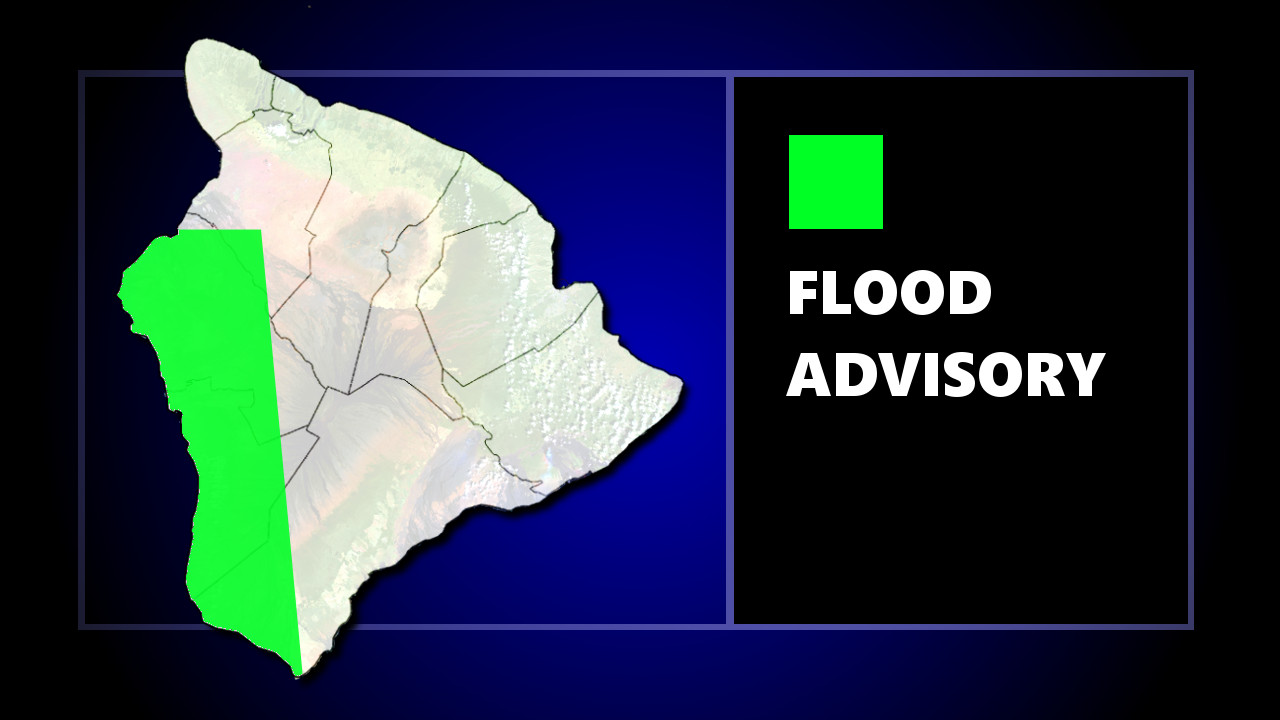 HAWAIʻI ISLAND - The most persistent heavy rainfall has been occurring just upslope of Kailua- Kona and to the north near Palani Junction, the National Weather Service said.

UPDATE (6:17 p.m.) – Hawaiʻi Police Department reports that Hualalai Road is closed between Queen Kaʻahumanu Highway and Highway 180 in Holualoa due to flooding.

(BIVN) – The Flood Advisory issued by the National Weather Service in Honolulu continued into Tuesday evening.

“At 418 PM HST…radar continued to show heavy showers falling at rates of 1 to 3 inches per hour over the South Kona slopes,” the forecasters said. “The most persistent heavy rainfall has been occurring just upslope of Kailua- Kona and to the north near Palani Junction. Additional heavy showers are expected through the afternoon.”

Locations in the advisory include but are not limited to Kailua-Kona, Kealakekua, Honalo, Captain Cook, Puuanahulu, Kalaoa, Honaunau, Hawaiian Ocean View, Kahaluu-Keauhou, Kainaliu and Holualoa.

“Afternoon clouds and showers over the west side of the Big Island have primarily been upslope,” the National Weather Service said in an afternoon discussion, adding that it expects “that activity to die down after sunset.”

West Hawaiʻi spent a portion of Monday under a Flood Advisory as well. By the evening, the rain had spread over the entire island.