(BIVN) – After 30 days of quiet, the Kilauea Volcano Alert Level has been lowered.

On October 5, the USGS Hawaiian Volcano Observatory announced Kīlauea has been placed on a YELLOW/ADVISORY, with no active lava in sight. Fissure 8 in Leilani Estates, seen in recent drone video recorded by Hawaii Aerial Visions, went suddenly quiet in August.

The flight restriction over Puna has been lifted, and videographer Mick Kalber provided a video survey of the aftermath of the eruption. New, black sand beaches stretch along the shoreline, where sea arches and lava islands are among the features. 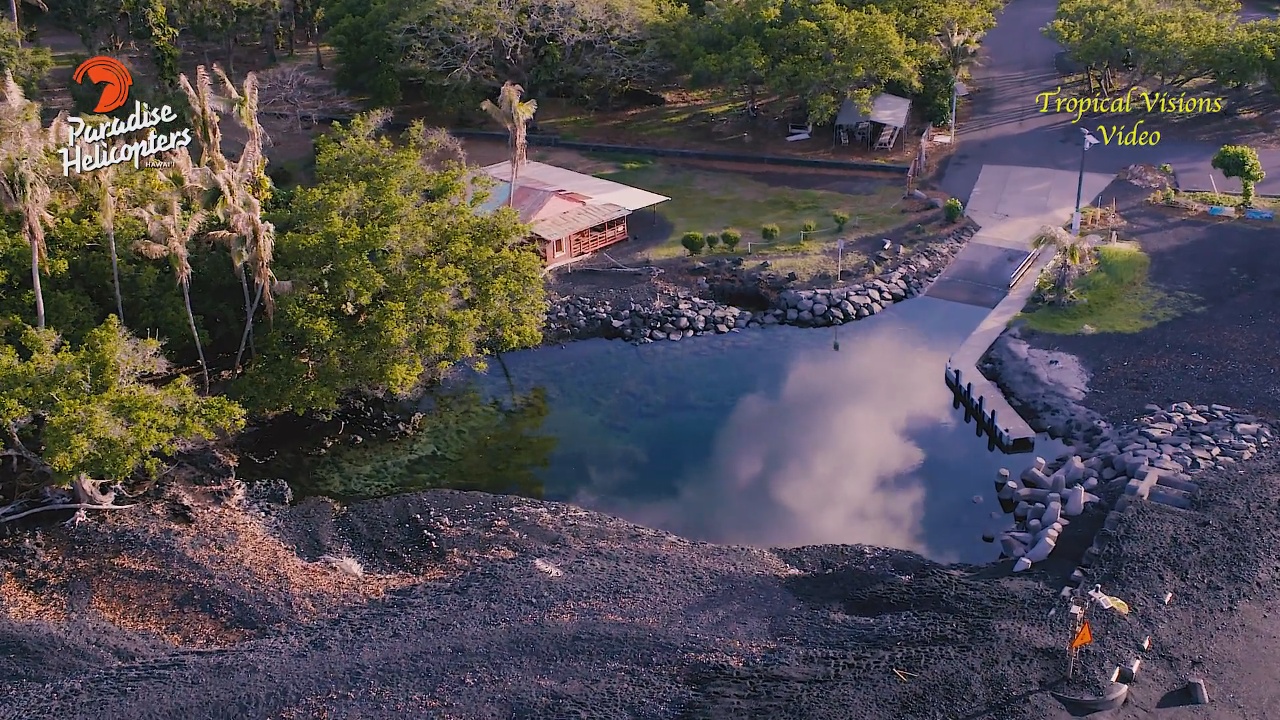 Black sand still surrounds Pohoiki, and now the community is debating whether or not it should be preserved as it is or if it should be dredged to make the boat ramp accessible again.

The county is also considering if and/or when – and where – it should cut access roads across the new lava to make a path into the isolated areas and homes that have been cut off. Like this home just west of Kapoho Crater, which somehow survived, surrounded by lava right up to its porch. 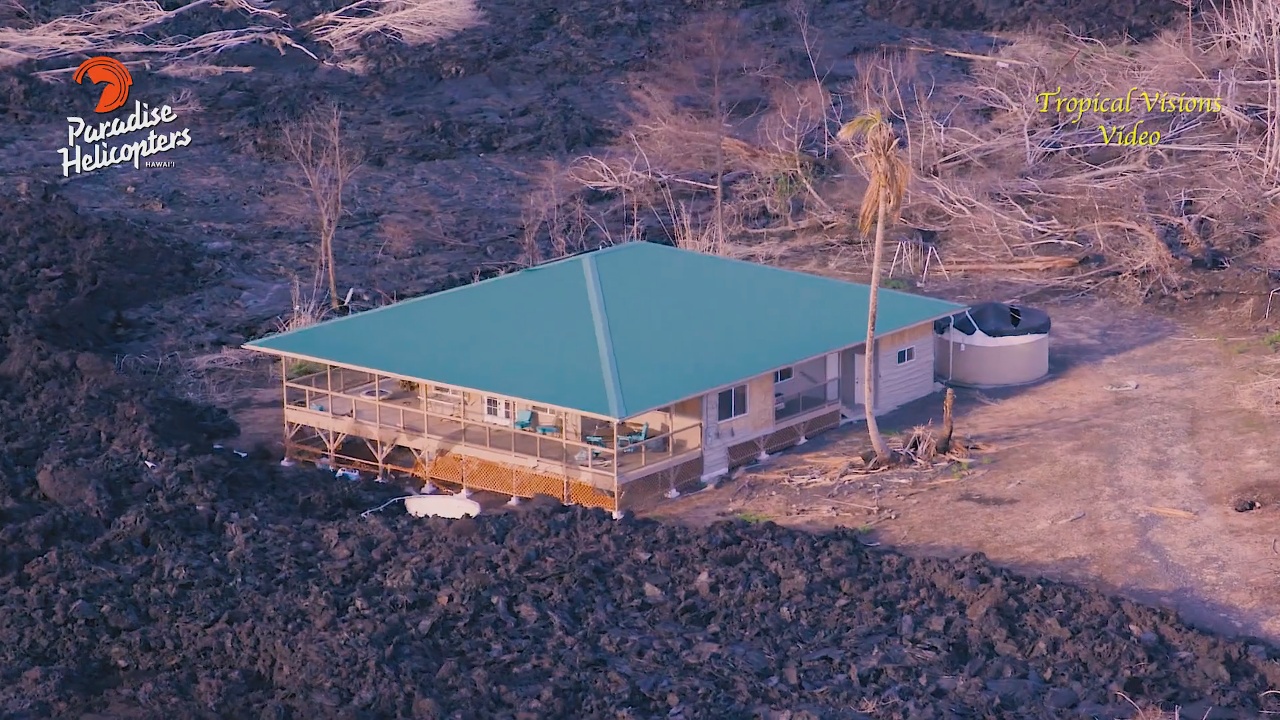 All across lower Puna, the color green is starting to return to the vegetation killed by the previous eruption of volcanic gases.

As of October 8, placards to access Leilani Estates for residents and authorized personnel are being made available at Hawaii County Council Member Eileen O’Hara’s office on Pāhoa Village Road (on Mondays and Wednesdays only.) 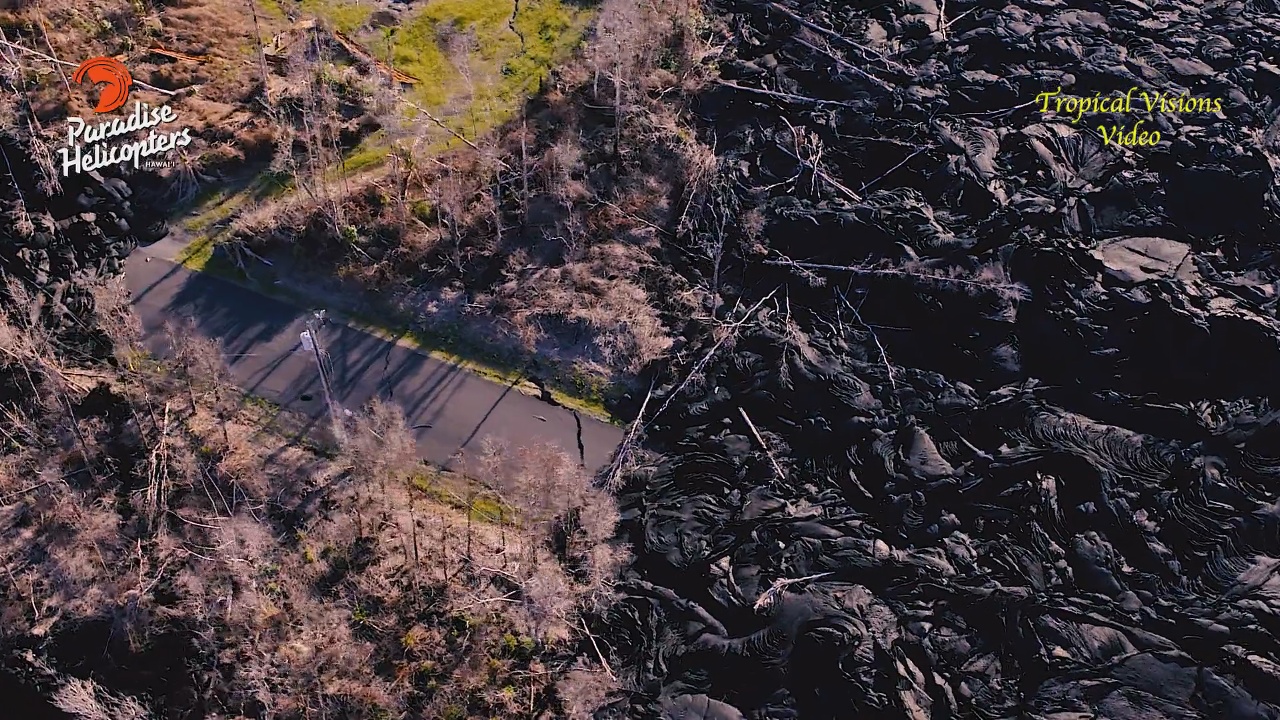 And on October 9, the Pāhoa Post Office says it will resume mail delivery to portions of the Leilani Estates subdivision.