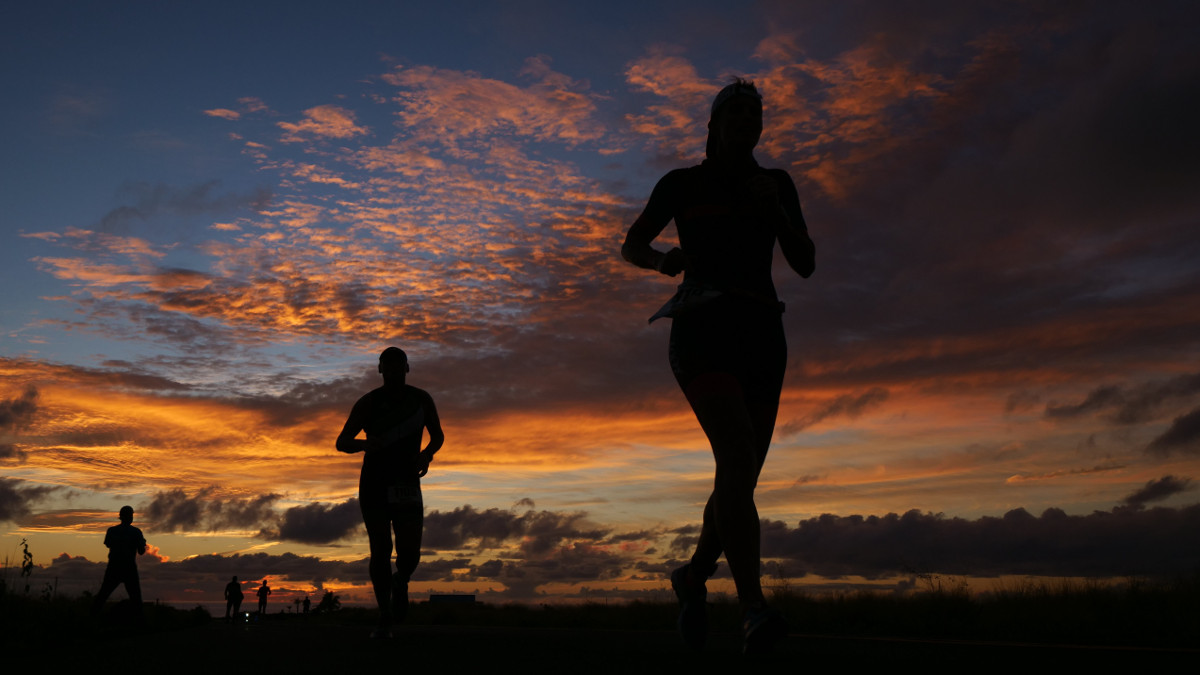 Photo by Donald Miralle for IRONMAN

Images From The Ironman Finish Line After Sundown

KAILUA-KONA, Hawaiʻi - Ten inspiring photos from the 2018 IRONMAN World Championship finish line, and the stories behind them.

(BIVN) – As the sun set on age-group runners towards the end of the 2018 IRONMAN World Championship, the finish line became the final chapter in hundreds of dramatic life stories.

Thanks to the team of IRONMAN photographers, here are 10 of those stories: 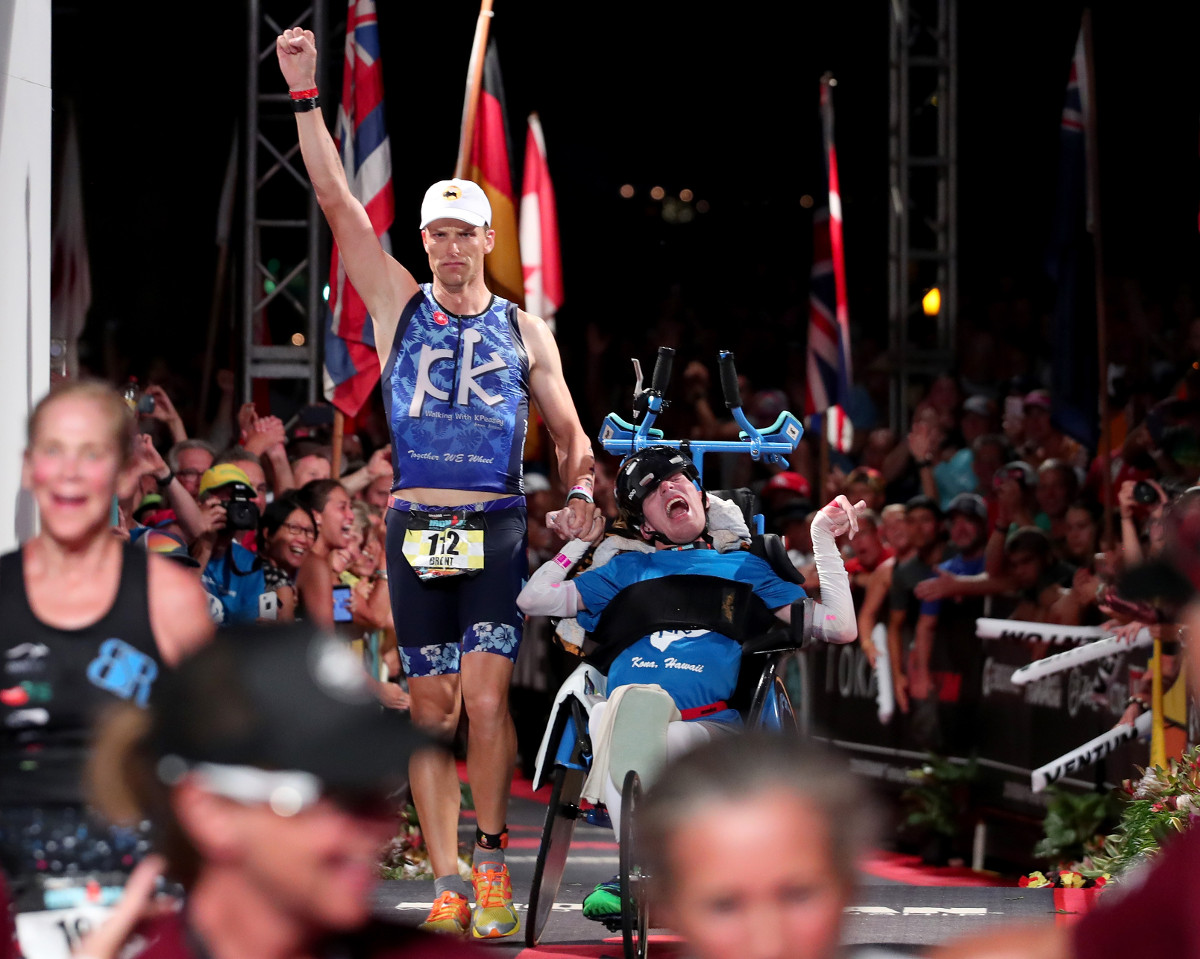 A PEASE OF CAKE: Two remarkable brothers, Brent along with Kyle Pease, who lives with spastic quadriplegia cerebral palsy, together continue to defy the odds by becoming just the second special team to ever finish the IRONMAN World Championship in a time of 14:29:00. Dick and Rick Hoyt were the last to complete the race back in 1999 with a final time of 16:14:19 (Photo by Tom Pennington/Getty Images for IRONMAN) 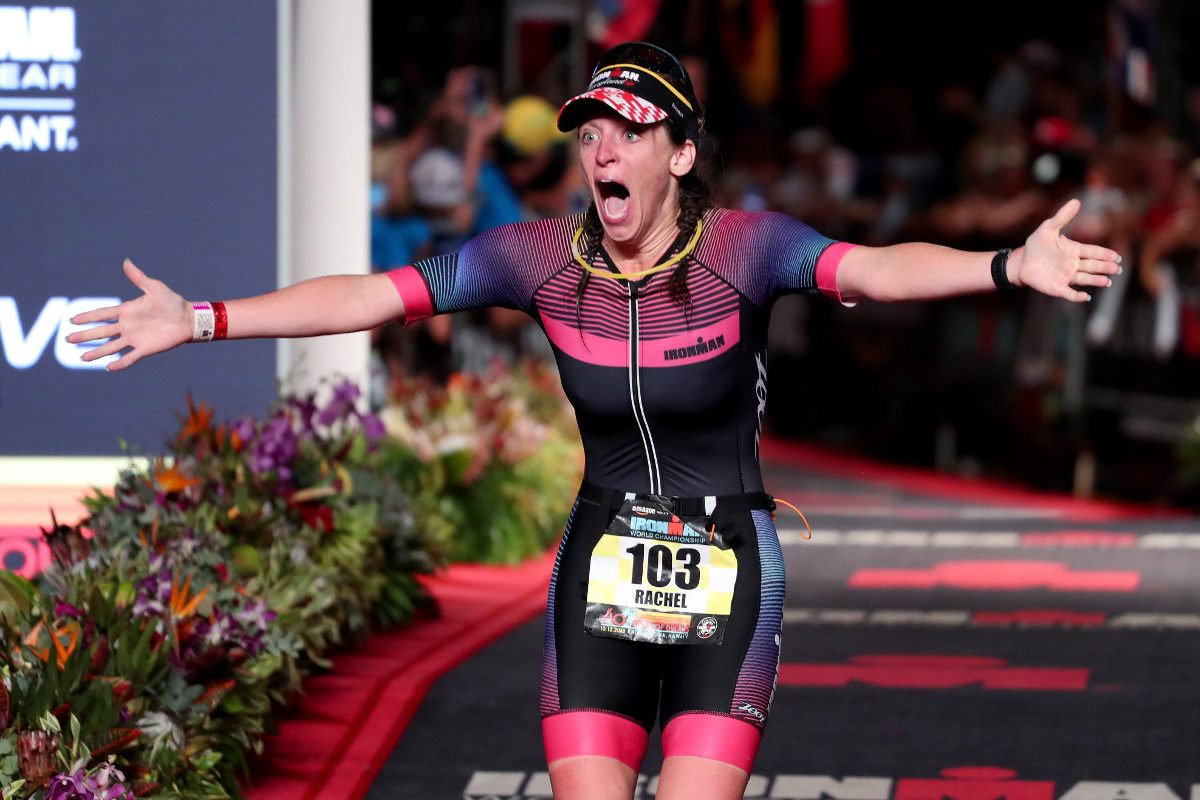 BRENKE MEANS BUSINESS: Inspirational age-group athlete Rachel Brenke completed the 2018 IRONMAN World Championship brought to you by Amazon in 14:28:19 and was greeted by her husband and five kids at the finish line. The 34-year-old is also a 11-year cancer survivor, lawyer and a successful businesswoman and now mentors young entrepreneurs as they make their own way in the corporate world. (Photo by Al Bello/Getty Images for IRONMAN) 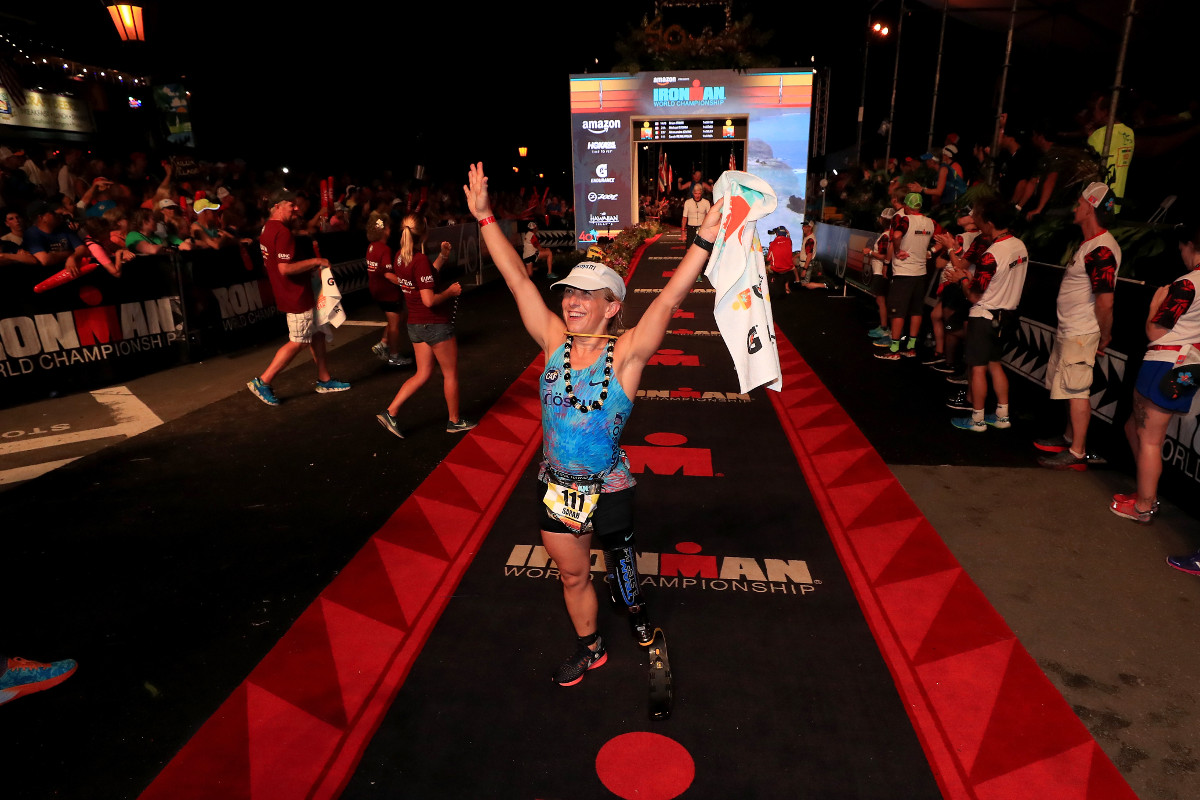 BACK FOR MORE: American Sarah Reinertsen was the first above-the-knee amputee to finish the IRONMAN World Championship in 2005, and in 2018 the paratriathlete returned to Kona. She celebrated her place in history and IRONMAN’s “40 Years of Dreams,” after crossing the finish line with a time of 14:41:05 (Photo by Al Bello/Getty Images for IRONMAN) 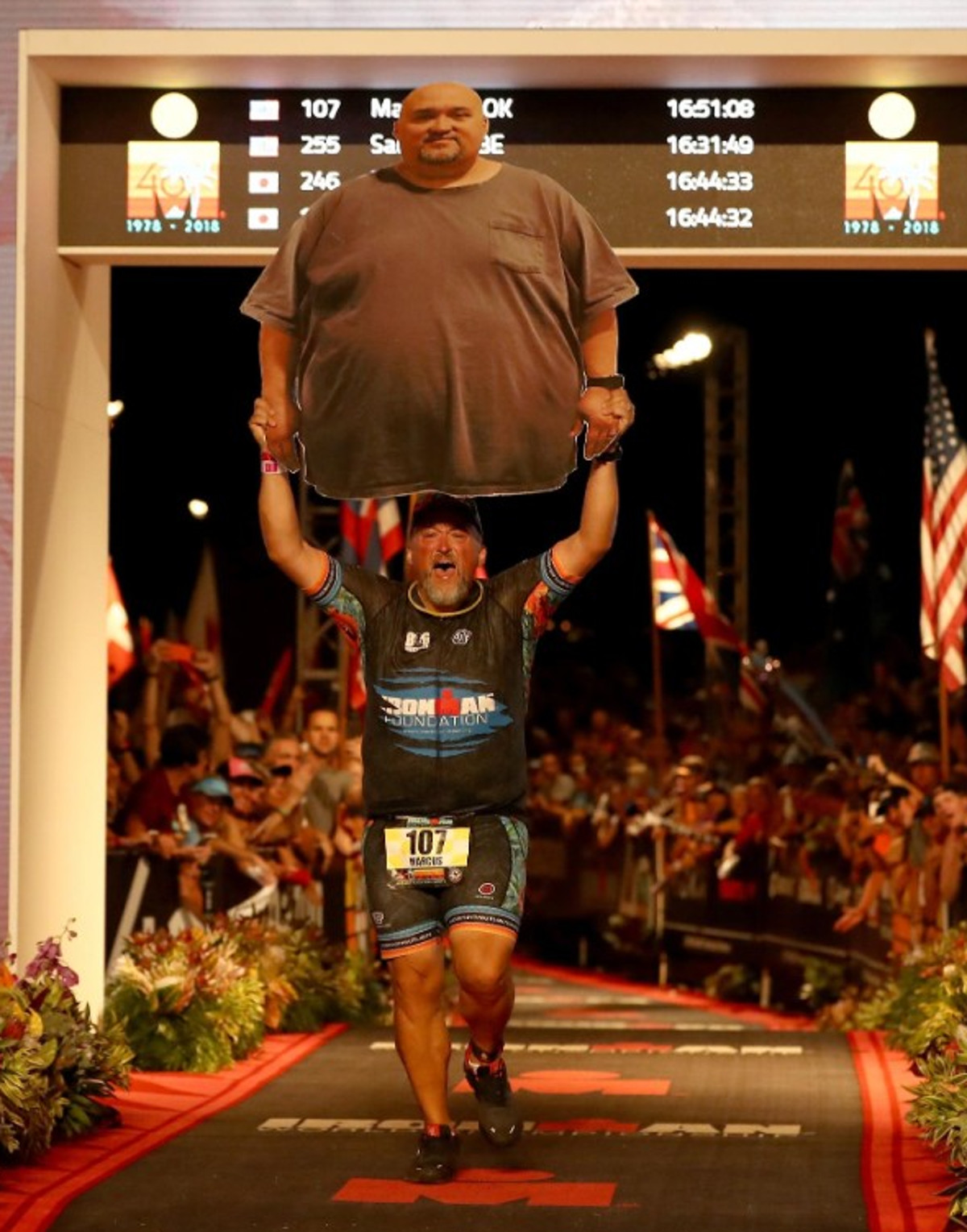 HALF THE WEIGHT, AND NOW AN IRONMAN WORLD CHAMPION FINISHER: American Marcus Cook lost over half his body weight going from 489lbs to 233lbs. After the death of his close friend, he was inspired to get his health together and finished his first IRONMAN in 2017. Marcus is also an IRONMAN Foundation Ambassador Athlete and through his journey to Kailu-Kona has raised over $100,000. (Photo by Al Bello/Getty Images for IRONMAN) 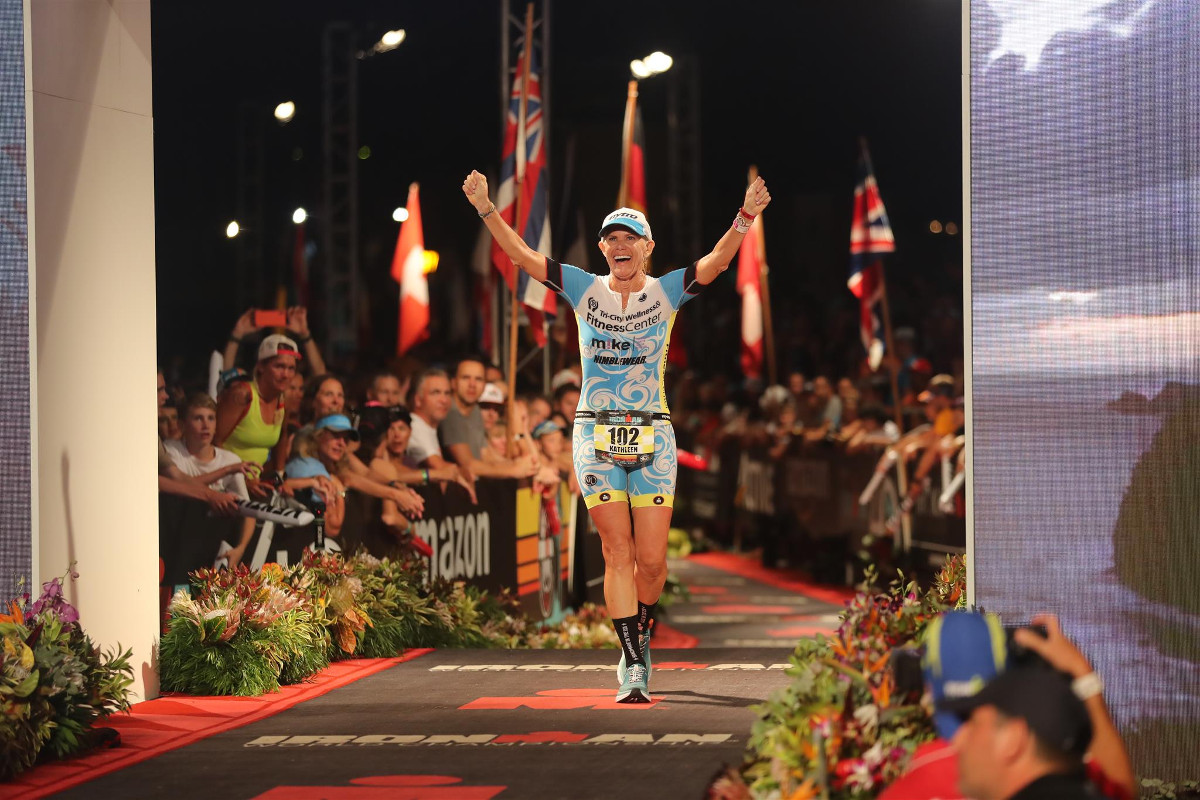 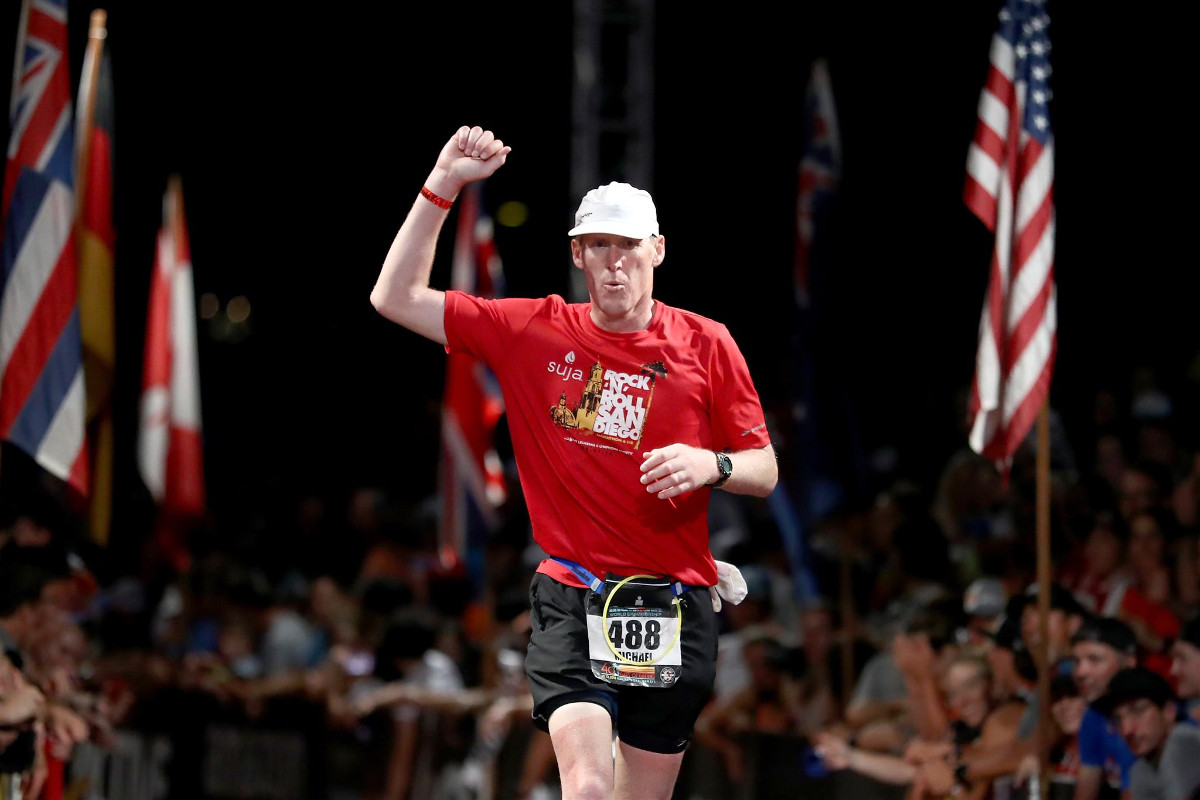 A LIVING LEGACY: Forty years after his parents organized the first IRONMAN triathlon, Michael Collins finished the 140.6 mile race that has continued to grow since 1978. His parents and IRONMAN co-founders, John and Judy Collins, were there to meet Michael at the finish line as the family helped celebrate IRONMAN’s 40th Anniversay. (Photo by Al Bello/Getty Images for IRONMAN) 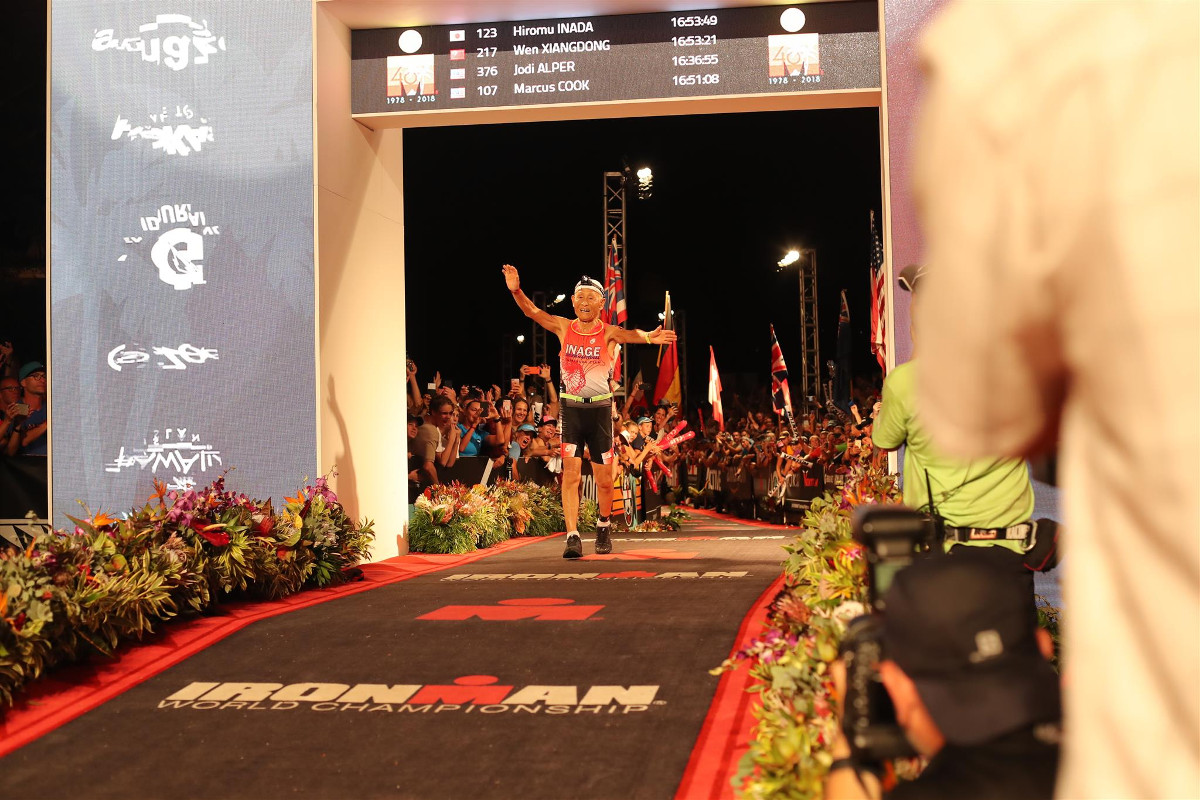 AGE IS JUST A NUMBER: 140.6 miles was not too much for Hiromu Inada (Japan) who at 85 years and 11 months became the oldest competitor to ever finish an IRONMAN (Photo by Tony Svensson for IRONMAN) 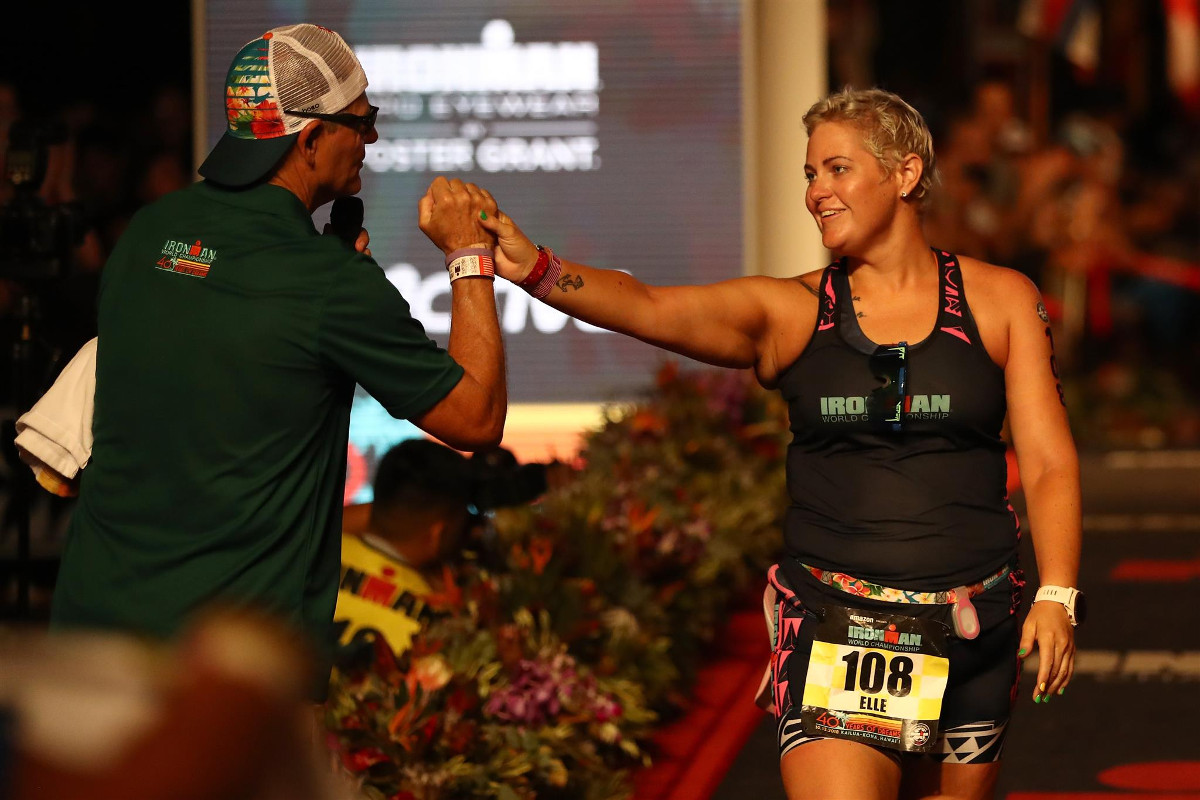 GOOD FOR GOODALL: Three years ago, then 29-year-old Elle Goodall tipped the scales at 405lbs and had just been diagnosed with Type 2 diabetes and severe sleep apnea. She decided it was enough and started setting some goals. It wasn’t until she finished IRONMAN 70.3 Cairns in 2017 that she realized she had done it. She beat her fast-food addiction and now weighing around 152 lbs, completed an incredible journey finishing the 2018 IRONMAN World Championship brought to you by Amazon in a time of 16:02:47. (Photo by Al Bello/Getty Images for IRONMAN) 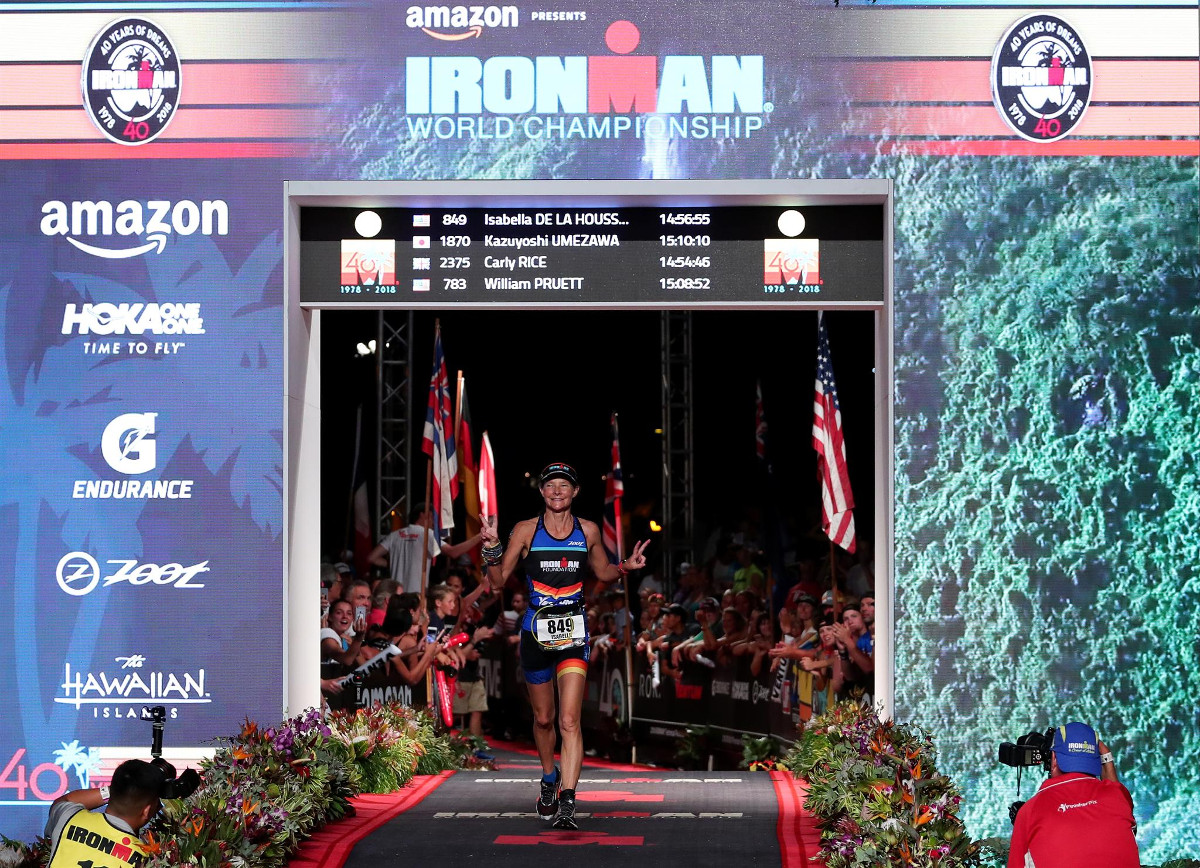 DEFYING THE ODDS: American Isabella de la Houssa is a mother of five that was recently diagnosed with Stage IV lung cancer. Her original life expectancy was 2-4 months but with new drugs and positive results, she may have as much as 18 months. She had a goal to run 50 marathons in 50 states and as she crossed the finish line at the IRONMAN World Championship brought to you by Amazon, she checked off that 50th state. (Photo by Tom Pennington/Getty Images for IRONMAN) 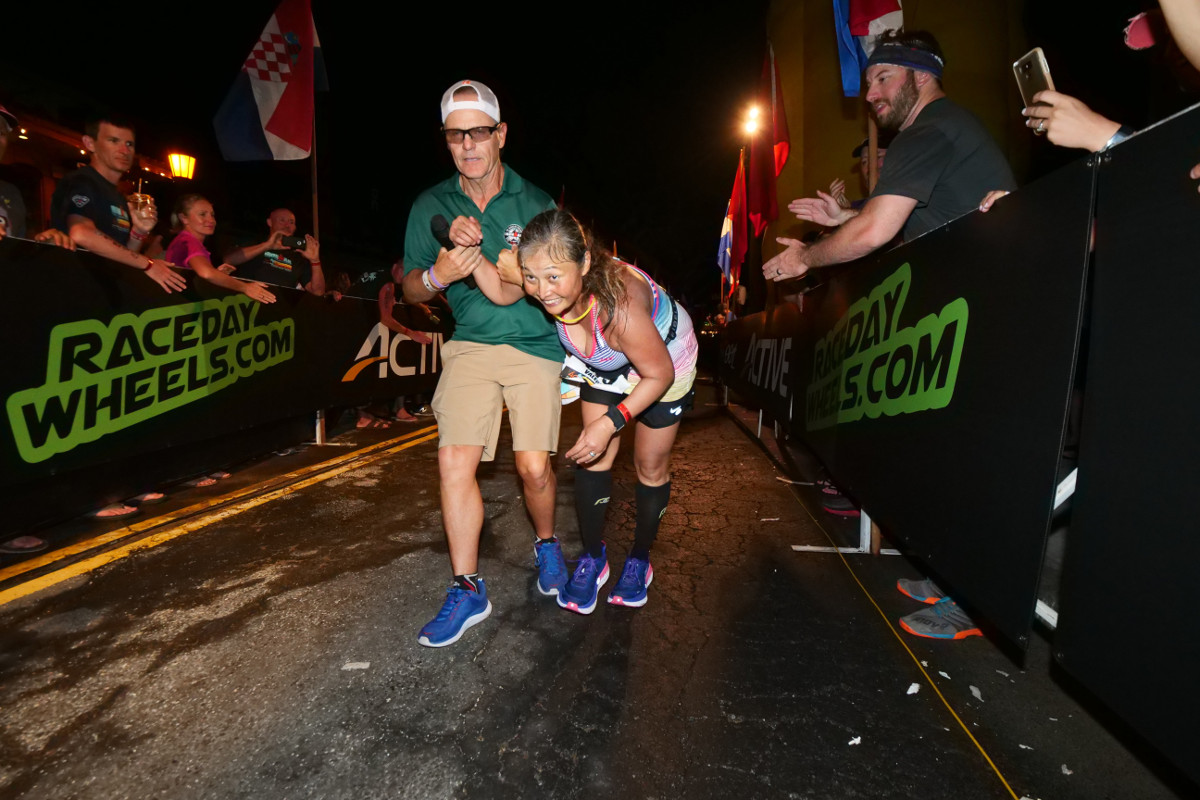 LEAN ON ME: The voice of IROMAN Mike Reilly whips up the crowd and assists Valerie Lindeborg as she battles to complete the race before the 17-hour cut off. With the enthusiastic cheers of finish-line fans ringing in her ears, Lindeborg – competing in the the 55-59 age group – became the final finisher in the 2018 IRONMAN World Championship brought to you by Amazon, as she crossed the line on her own with a time of 16:51:05 (Photo by Donald Miralle for IRONMAN)