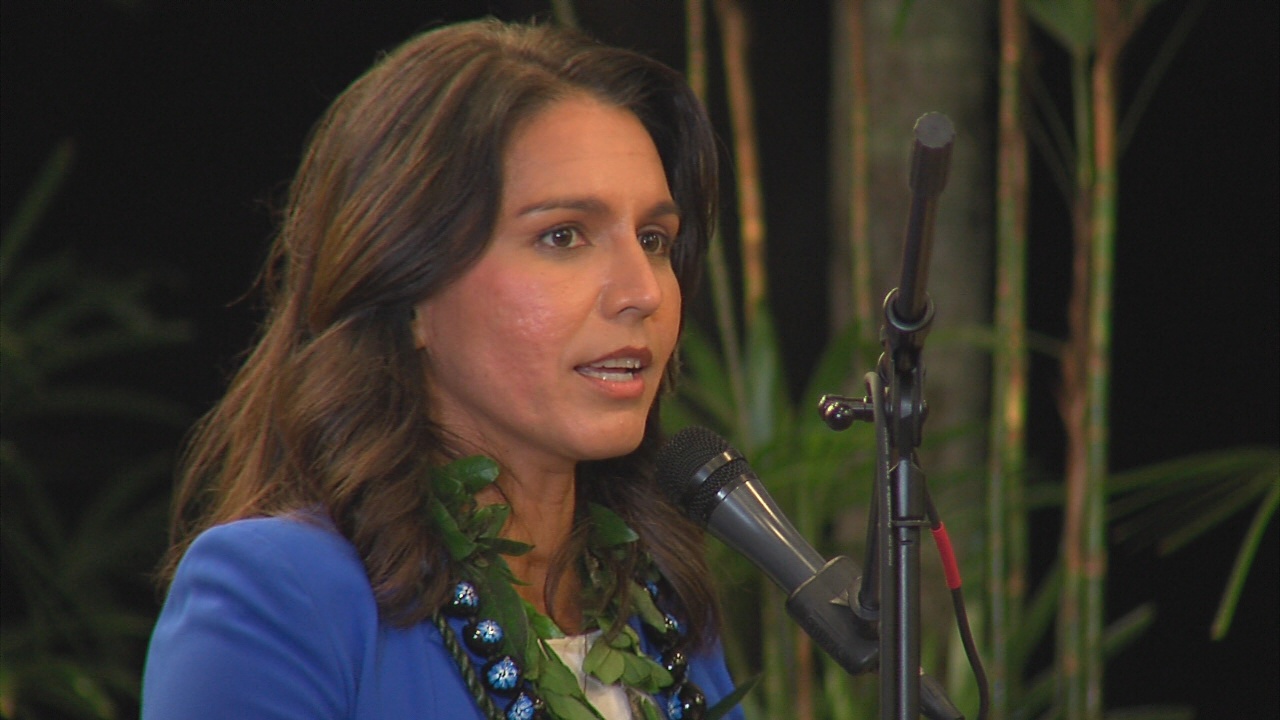 U.S. Representative Tulsi Gabbard was one of the speakers at Monday night’s Grand Rally in Hilo.

(BIVN) – On the eve of Election Day, The Hawaii County Democratic Party once again took over Moʻoheau Bandstand in downtown Hilo for the evening, delivering candidate speeches and orations from top party leaders.

With this year’s general election presumably in the bag at the Democrat-dominated state level, the politicians turned their attention to the national stage, where the United States is about to deliver a referendum on the direction of the country in the midterm elections.

Not surprisingly, the Hawaiʻi Democrats railed against the administration of President Donald Trump, and expressed hope that their party can capture a majority in at least one Congressional chamber. They repudiated Trump’s recent campaign rhetoric on immigration, and the migrant caravan that is approaching the southern border.