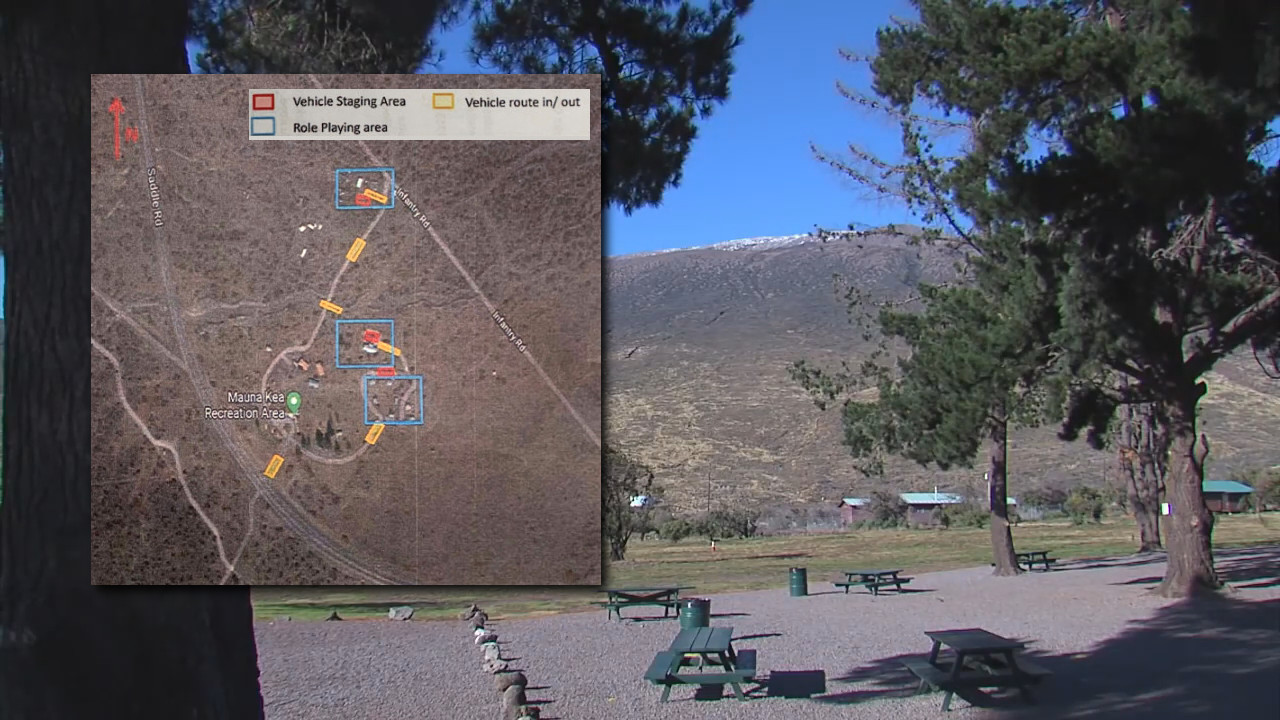 (BIVN) – A Hawaiʻi Island peace activist is raising concerns about an apparent U.S. Navy plan to expand non-invasive, or no live fire, training activities into the Mauna Kea Recreation Area along Saddle Road.

Jim Albertini of the Malu ʻAina Center for Non-violent Education & Action recently forwarded information he recieved from the U.S. Navy as part of a National Historic Preservation Act (NHPA) Section 106 consultation. Albertini, as well as a number of other individuals and organizations such as the Office of Hawaiian Affairs, were listed as consulting parties.

“It’s outrageous,” Albertini said. “It appears the Navy now wants to expand operations and conduct armed covert Special Ops in our Mauna Kea county park and on the slopes of Mauna Kea above the park. I say no way.”

According to the document, the Commander of Naval Special Warfare Group THREE (NSWG-3) is proposing to conduct the Special Reconnaissance land based training. The document states:

Training activities would include one group of personnel hiking from insertion points on PTA to the hillsides above the Manna Kea Recreation Area buildings. A second group of military personnel, acting as role players, would be sited in and around the Manna Kea Recreation Area buildings. Trainees are taught the techniques for conducting reconnaissance without alerting anyone to their presence or location. This includes no vegetation trampled, no branches broken, no footprints visible, or any other indicators that they were present. Trainees would use observation techniques, following procedures, and reporting back on a scenario involving role-play with military instructors and support staff. No reconnaissance would be intentionally performed on activities other than those staged and pre-arranged for training purposes.

The notice goes on to provide additional details on the training activities:

The proposed training would take place on a total of 45 non-consecutive days spread out over two years, the document states. “Training would be conducted at night and/or early morning and would not interfere with day-to day operations of the Mauna Kea Recreation Area,” the notice says. “State authorities would be provided a 1-4 week advance notification.”

Although the training activities would be non-invasive, the proposal does not sit well with Albertini, who has been vocally opposed to the military excercises at the nearby Pōhakuloa Training Area.

“Come on elected officials: Stand up, speak up against military intrusion everywhere,” Albertini wrote in a recent message. “Stop this madness! The potential for panic and the potential for unintended violent clashes from frightened locals or tourists if they see someone (Special Ops enemy role player) with a gun at Mauna Kea Park playground, or elsewhere, should not be taken lightly.”

A separate Environmental Assessment analyzing the potential impacts of proposed naval special operations training in the State of Hawaiʻi is also open for public review.