Video by Tim Rue for Matson, edited by BIVN 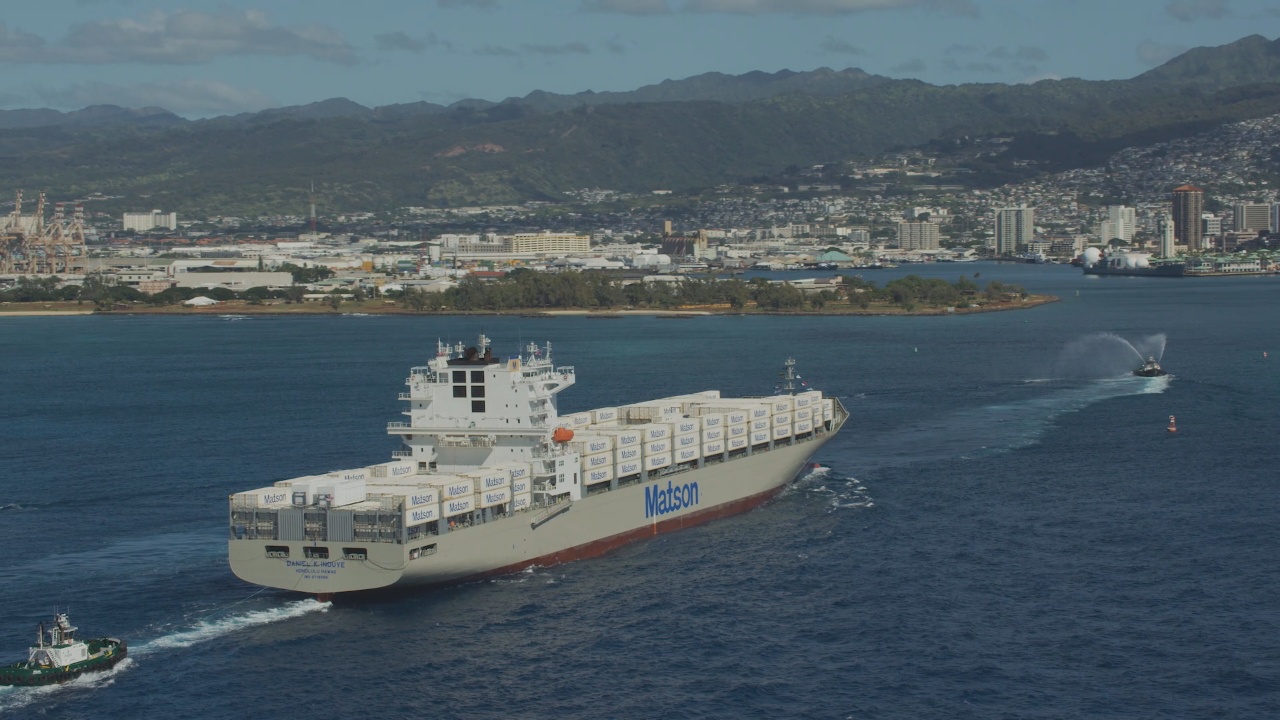 image from video by Tim Rue for Matson

(BIVN) – The largest containership ever built in the United States, named after the late senior U.S. Senator for Hawaiʻi, the Daniel K. Inouye, has arrived in Honolulu.

The vessel is the Matson company’s largest ship, weighing in at over 51,400 metric tons and stretching to 850-feet. It is also the company’s fastest ship, with a top speed said to be in excess of 23 knots.

The Daniel K. Inouye is the first of four new ships being built for Matson that will be introduced in its Hawaii service over the next two years, part of a nearly $1 billion investment by Matson in its Hawaii service over the next few years, the company says. As a leading U.S. carrier in the Pacific, the new ships are completing a renewal of Matson’s Hawaii fleet, along with a terminal expansion and modernization project at its Sand Island facility in Honolulu.

According to Matson’s November 28 media release:

All four new vessels have been designed by Matson specifically for its Hawaii service and incorporate a number of “green ship technology” features that will help protect the environment, including a more fuel efficient hull design, dual fuel engines that can be adapted to use liquefied natural gas (LNG), environmentally safe double hull fuel tanks and fresh water ballast systems.

“These new ships are the future for Hawaii shipping and will bring a new level of efficiency and reliability to our service,” said Matt Cox, chairman and chief executive officer, in the release. “The substantial investment in new technology underscores Matson’s long-term commitment to Hawaii and our desire to serve the islands in the most advanced, environmentally friendly way for years to come.”