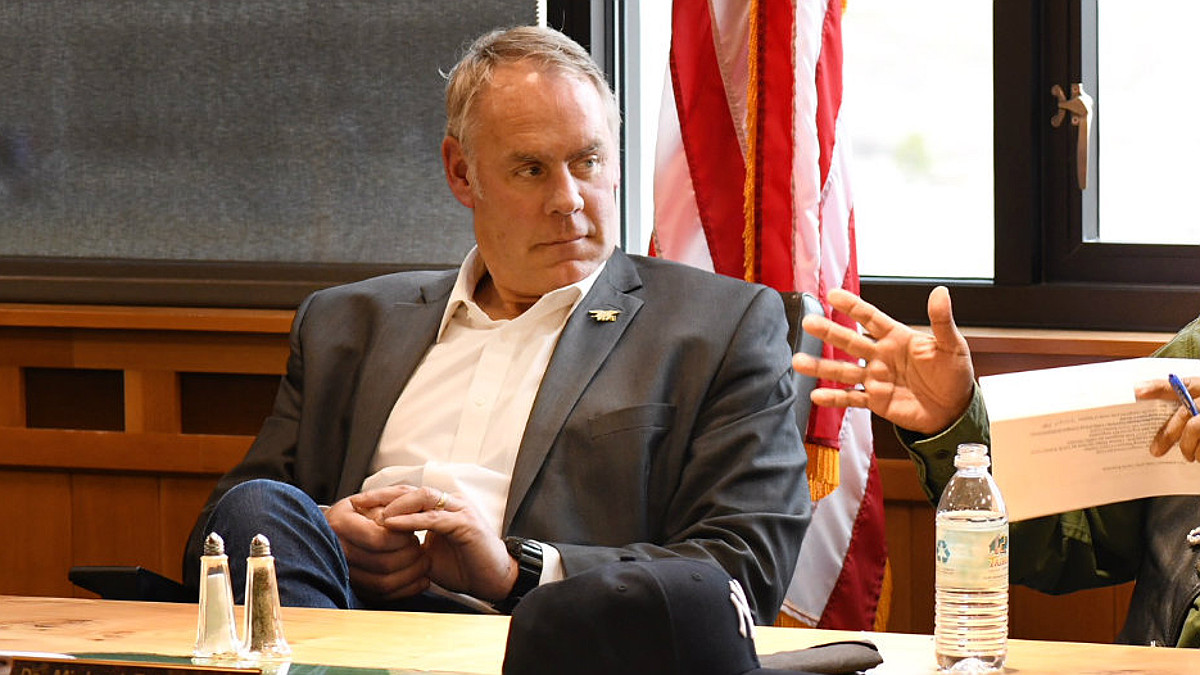 WASHINGTON D.C. - Reportedly under investigation by the Justice Department, Secretary Zinke is resigning. Senate Democrats say it is long-overdue.

(BIVN) – Ryan Zinke, the Secretary of the United States Department of Interior, is resigning.

“Secretary of the Interior @RyanZinke will be leaving the Administration at the end of the year after having served for a period of almost two years,” tweeted President Donald Trump, who appointed Zinke at the start of his term. “Ryan has accomplished much during his tenure and I want to thank him for his service to our Nation…….”

“…….The Trump Administration will be announcing the new Secretary of the Interior next week,” Trump continued in a second tweet.

As Secretary of Interior, Zinke oversaw the National Park Service and the United States Geological Survey, both of which serve important roles on the Big Island at Hawaiʻi Volcanoes National Park and other NPS units, and the Hawaiian Volcano Observatory which monitors the island’s volcanic activity.

In October, news media began reporting that the Justice Department is investigating Secretary Zinke for possibly using his office for personal gain.

“I love working for the President and am incredibly proud of all the good work we’ve accomplished together,” Secretary Zinke wrote in a tweet of his own. “However, after 30 years of public service, I cannot justify spending thousands of dollars defending myself and my family against false allegations. It is better for the President and Interior to focus on accomplishments rather than fictitious allegations.”

“During his tenure as Secretary of the Interior, Ryan Zinke continuously demonstrated blatant disregard for science, conservation, and the federal workforce—all critical components of the Department,” Sen. Hriono said. “Like too many members of President Trump’s cabinet who have faced numerous ethics scandals, I welcome Mr. Zinke’s long-overdue resignation.”

As a the Ranking Member of the Senate Energy and Natural Resources National Parks Subcommittee, Sen. Hirono butted heads with Zinke over National Park Service budget cuts and fee increases, as well as the controversial resignation of nine members of the 12-member National Park System Advisory Board. Hirono and other Democrats blasted Zinke in a January 19 letter.

“I’m not holding my breath, but it is my hope that the President’s nominee to replace Mr. Zinke will recognize the importance of protecting and conserving our public lands and act immediately to mitigate climate change for the benefit of the country instead of benefiting industry by extracting as much fossil fuel as possible,” Sen. Hriono said.