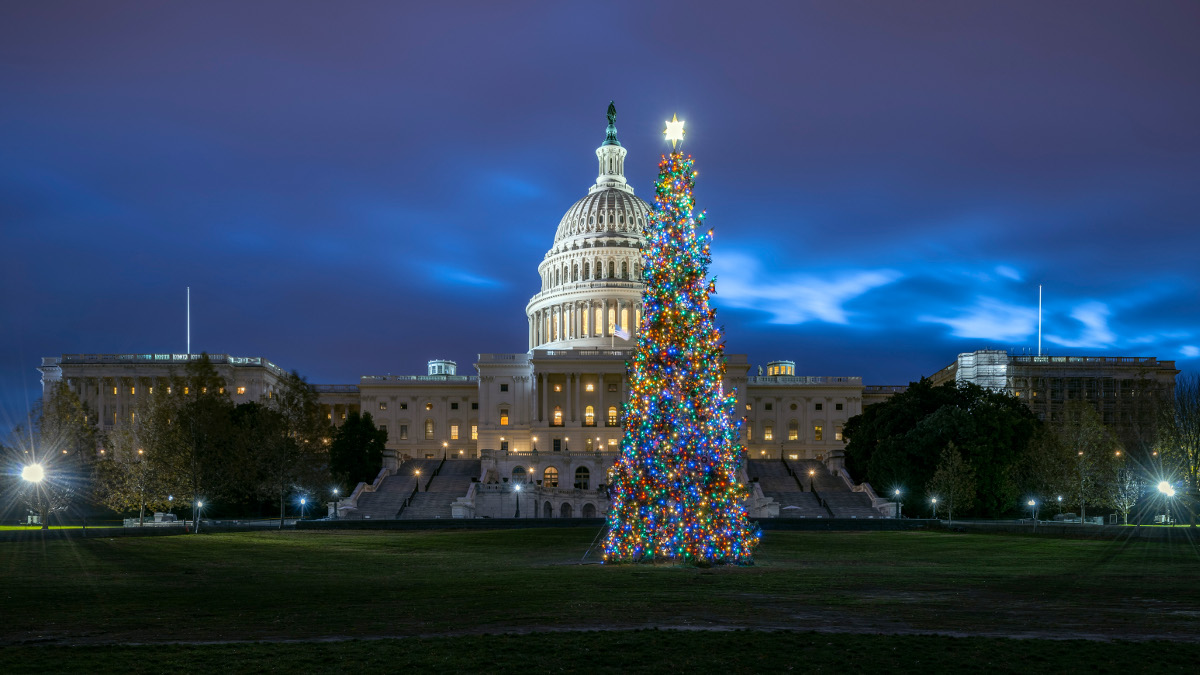 Architect of the Capitol photograph

WASHINGTON D.C. - Acting chief of staff Mick Mulvaney said on Fox News that the partial government shutdown could continue into the year 2019.

(BIVN) – The partial shutdown of the federal government continues, and is likely to go on beyond Christmas; possibly into the New Year.

The U.S. Senate adjourned on Saturday with no deal between President Donald Trump and the U.S. Congress. Funding for a wall along the Mexico border is holding up the negotiation.

“The only way to stop drugs, gangs, human trafficking, criminal elements and much else from coming into our Country is with a Wall or Barrier,” President Trump tweeted on Sunday. “Drones and all of the rest are wonderful and lots of fun, but it is only a good old fashioned Wall that works!”

Acting chief of staff Mick Mulvaney said the partial government shutdown could continue into the year 2019. Mulvaney made the statement during an appearance on “Fox News Sunday”.

The Hawaiʻi Congressional delegation, all Democrats, were sounding off over the weekend in news releases and on social media.

Sen. Mazie Hirono said that “the Senate did its job by passing a bill to keep the government open with the expectation that the House would pass it and that the President would sign it into law. But at the 11th hour, Donald Trump succumbed to pressure from his far right-wing base and chose to shut down the government for a $5 billion down payment on his vanity wall.”

“This shutdown is totally unfair, completely unnecessary, and entirely the President’s fault. Donald Trump needs to face the reality that he won’t get $5 billion for his wall and accept responsibility for keeping the government running,” Sen. Hirono said.

Representative Colleen Hanabusa tweeted, “What is most upsetting is that Congress did its job. For the first time in about a decade, through the regular order, we finished significant portions of the appropriations process in bipartisan fashion. We reached an agreement on the final package of spending bills only to have Trump shut it down after Freedom Caucus members pushed him. A lot of this is part of Trump’s efforts to change the narrative after Secretary Mattis’ stunning resignation.”

“The only adult in the room stepping down would have been more negative if Trump didn’t engage in his art of deflection. This is no way to say thank you to our dedicated federal workforce. Americans deserve much better from the office of the President,” Hanabusa stated.

“The unanimously passed CR was never given a vote in the House,” tweeted Sen. Brian Schatz. “All shutdowns are ridiculous, embarrassing, costly and useless, but this is an especially stupid shutdown. It is just awful what we are doing to federal workers over Christmas.”

Schatz cosponsored the Federal Employee Fair Treatment Act, which will make sure federal employees who are required to work during a government shutdown are paid as soon as possible. The measure passed unanimously in the Senate.

“Our federal workers shouldn’t suffer because the President and Republicans in Congress don’t know how to govern. These workers keep our country running, and it’s irresponsible and cruel to threaten their pay just before the holidays,” said Senator Schatz, who added that an estimated 420,000 federal workers, including Coast Guard and TSA employees, will be forced to work without pay and an additional 380,000 will be furloughed. “I hope we can quickly get this through the House and to the President so that the men and women who serve our country get the pay they have earned.”

Representative Tulsi Gabbard tweeted: “This completely preventable #shutdown has left 800,000 Federal workers furloughed or forced to work with no pay. Yet leaders in Washington who failed the American people still get paid. This is BS. I stand with our workers & won’t accept pay as long as the govt is shut down.”