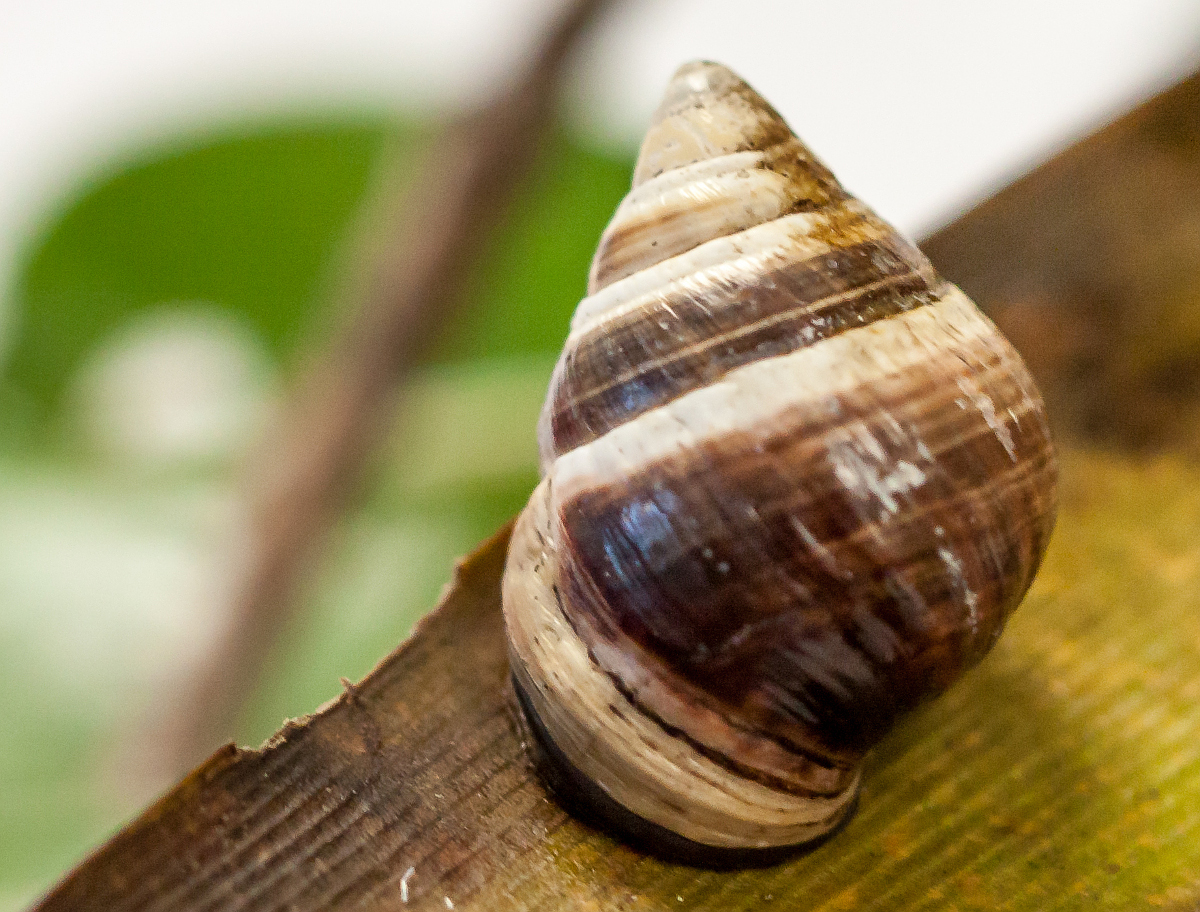 (BIVN) – The year 2019 begins with some sad news for Hawaiian biodiversity, as a certain species of land snail appears to have gone extinct.

The last known Achatinella apexfulva in the Hawaiian Islands, “George,” died on New Year’s Day. According to the Hawaiʻi Department of Land and Natural Resources, George was approximately 14 years old, and was reared in a laboratory at the University of Hawaiʻi.

The DLNR wrote that the death of George is “a significant loss to locals as he was featured in numerous articles and hundreds of school children have viewed him over the years.” The remaining land snails in Hawaii face imminent extinction threats from invasive species and climate change, the state says.

This obituary for George, a snail and a species, was written by David Sischo-Snail Extinction Prevention Program Coordinator:

George, the last known Achatinella apexfulva died on New Year’s Day 2019. George was approximately 14 years old. He is survived by none…

His namesake was in homage to the famous Pinta Island Galapagos tortoise known as Lonesome George, the last of his kind. While from vastly different evolutionary lineages, these Georges lived simple lives in captivity, and both quietly carried millions of years of evolution, their entire genome and blueprint for how to make them, into oblivion.

Achatinella apexfulva was the first of over 750 species of land snail from the Hawaiian Islands to be described by western science. This first description came from a shell on a lei given to Captain George Dixon while docked on Oahu around 1787. Apex fulva, or yellow tip, was a trait that many of their kind displayed and is what they were named for. These snails were once widely distributed on Oʻahu in the central-northern Koʻolau Mountains, and were heavily used for making lei, likely because they were very beautiful, but also because they occurred in lower elevations that were easily accessible.

In 1997 the last 10 known Achatinella apexfulva were brought to a laboratory at the University of Hawaiʻi for captive rearing. A few babies were born, but when the lab experienced a die-off, for unknown reasons, all the Achatinella apexfulva perished expect for one lone individual, George. George matured in a cage by himself, and although we call him a he, he was a hermaphrodite having both male and female parts. Alas, Achatinella apexfulva seem to have been an obligate outcrossing species, requiring a partner to reproduce.

During his life George was often in the limelight, he was a spectacle so to speak. But more importantly he was an ambassador for the plight of the Hawaiian land snails. He was featured in many newspaper, magazine and online articles, and hundreds of school children and visitors to the lab eagerly viewed him, the last of his kind. Sadly, his passing is also a harbinger of what’s to come for our remaining Kāhuli (tree snails) if more is not done quickly to protect them from invasive species and climate change. Many of the Island’s remaining land snails are facing imminent extinction.

In 2017 a small two-millimeter snippet of George’s foot was collected with a sterile razor blade and plopped into a vial of pink colored-media. This media kept the tissue alive while it was quickly mailed overnight to San Diego. This snippet of living tissue from George now remains alive in a deep freeze at the San Diego Zoo’s Frozen Zoo. While it is currently not possible to clone a snail, it certainly will be some day.