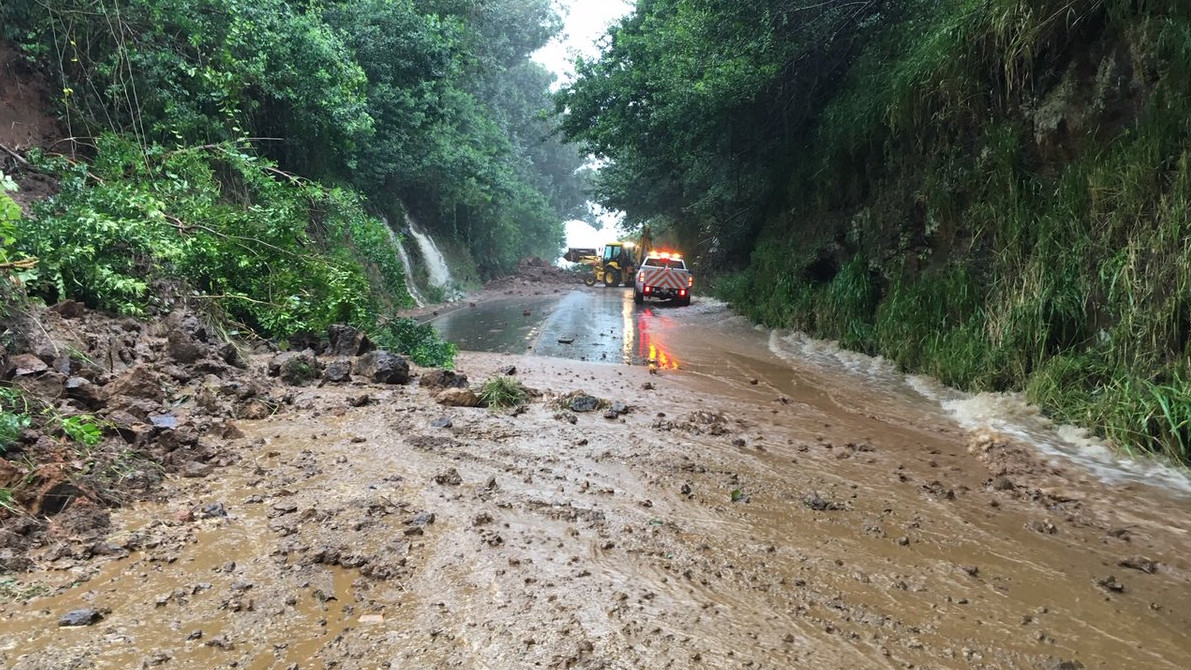 HAWAIʻI ISLAND - State and utility workers worked to repair storm damage and deal with new hazards on the Big Island today, as some weather advisories remain in place. 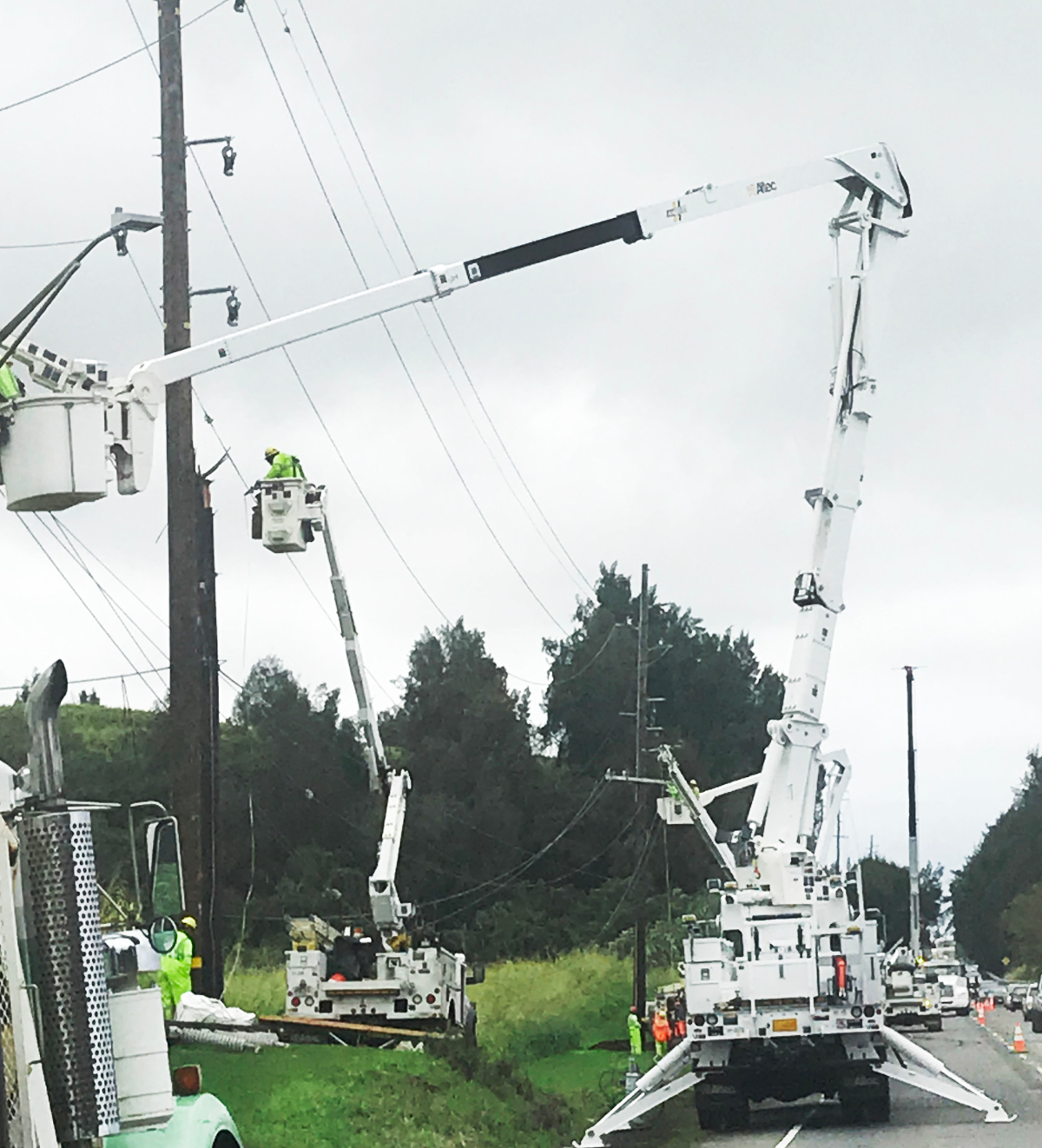 image of the repair work in Hāmākua courtesy HELCO

(BIVN) – The cleanup in the wake of a strong winter storm that damaged utility infrastructure in Hāmākua continued today, even as soaking rains created more problems elsewhere on the Big Island.

“Customers in portions of Maunakea Ranch and Waipunahina remain without service,” a HELCO update reported. “In some remote areas, restoration efforts have been hindered by heavy rain, mud, uneven terrain and fallen trees.”

The partial lane closure of Hawai‘i Belt Road in Kalōpā between mile marker 38 and 39 will continue overnight and through Thursday, Feb. 14. One lane will be closed to traffic to allow crews to replace the remaining transmission poles and lines that were downed by gusty winds and fallen trees on Sunday. Motorists are advised to drive with caution in the construction area and expect delays of up to 45 minutes, HELCO says.

In North Kohala, the Hawaiʻi Department of Transportation scrambled to open one lane for alternating traffic on Akoni Pule Highway after a landslide covered the road near Iʻole Road.

The area was hit by heavy rains on Wednesday and a Flood Advisory was issued for the region.

A High Surf Warning is in place for east facing shores of Hawaiʻi island, while a Winter Storm Warning remains in effect for the summits of Mauna Kea and Mauna Loa.

Trouble was also brewing to the south. At 4:24 p.m. HST, a shower producing waterspouts was located near Naʻalehu, the National Weather Service reported in a Special Marine Warning. The shower was nearly stationary.