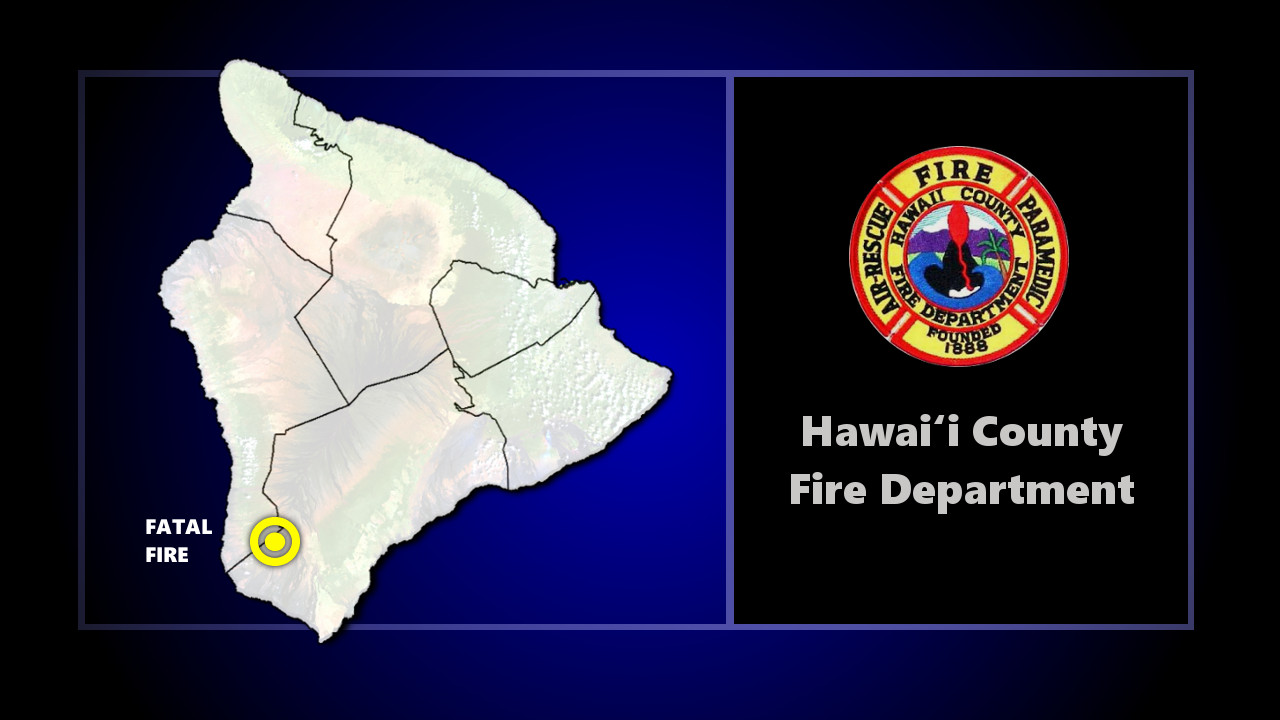 HAWAIIAN OCEAN VIEW ESTATES - Firefighters located what are believed to be the remains of an occupant as they worked to extinguish a fully engulfed home on Thursday.

The alarm for the fire at the single family dwelling at 922061 Kailua Boulevard sounded at 9:40 a.m. When firefighters arrived, they found the structure fully engulfed in flames, and starting to collapse.

Firefighters say a bystander told them there was possibly one occupant inside the structure.

“Fire suppression efforts were hampered due to the remote access to the structure on the property as well as limited water supply,” a later fire dispatch reported. “During suppression, firefighters located what are believed to be the remains of the occupant, at which time, Fire and Police investigators took over while firefighters continued to extinguish the remaining fire.”

The cause of the fire is unknown.