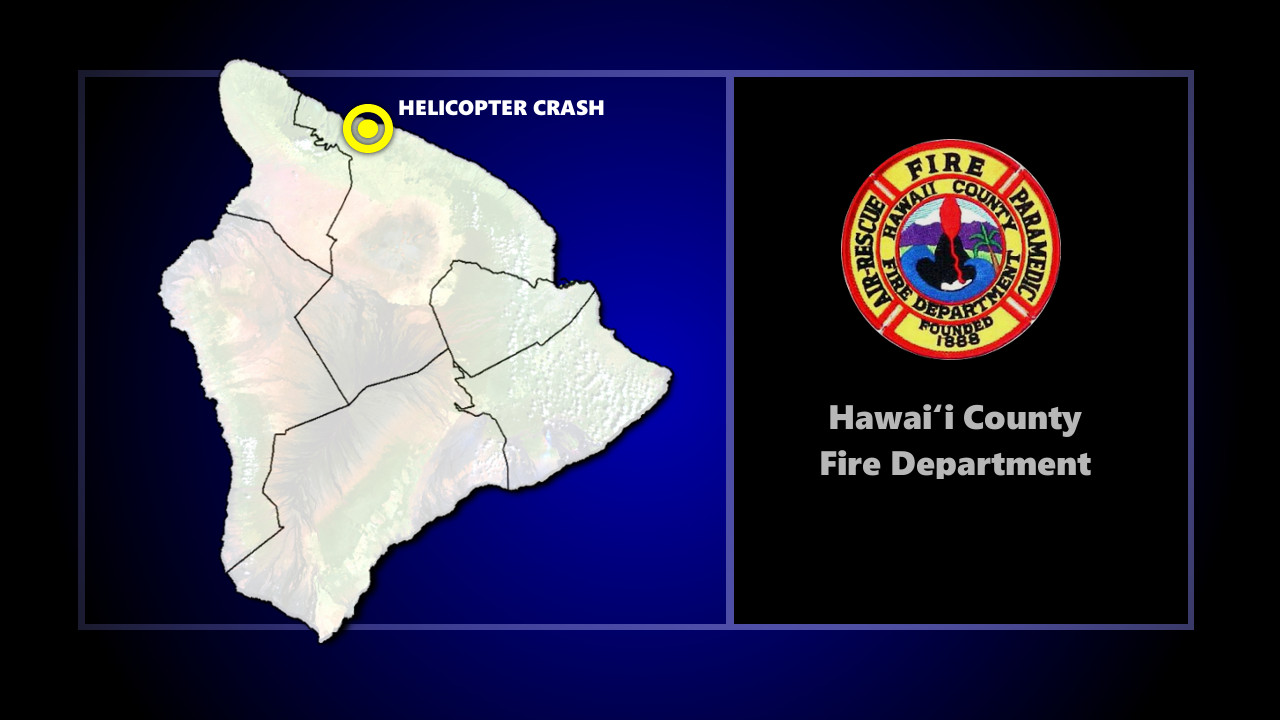 HONOKAʻA, Hawaiʻi - A suspected engine failure caused the helicopter to go down in open land 200 yards mauka of highway 240, the fire department says.

UPDATE (2:50 p.m.) – This story has been updated to include this statement from Paradise Helicopters regarding the “helicopter hard landing on the Island of Hawai‘i” that occurred this morning;

A helicopter operated by K&S Helicopters, dba Paradise Helicopters, was involved in a hard landing at approximately 7 a.m. HST today while the aircraft was operating in the Kukuihaele area of the Island of Hawai‘i. This occurred on private property west of Honokaa while arriving for a utility flight.

No passengers were on board. The pilot, who walked away from the aircraft, was taken to a nearby hospital for further evaluation as a precautionary measure.

The company’s Emergency Response Plan has been activated and its full resources are being mobilized to respond. K&S Helicopters is cooperating with authorities involved.

“The care of our pilot is our highest priority right now,” said Calvin Dorn of K&S Helicopters.

K&S Helicopters, which has operated in Hawai‘i since 1997, is an internationally recognized leader for its Safety Management System (SMS). In 2017 the company earned the highest level of registration available from the International Standard for Business Aircraft Operations (IS-BAO™). The company also follows the Helicopter Association International Accreditation Program of Safety (HAI-APS) program, which helps helicopter operators reduce accident and incident rates by improving their safety culture. Operations are overseen by a full-time and highly trained Director of Safety

(BIVN) – The Hawaiʻi Fire Department responded to a helicopter crash this morning in Hāmākua.

The helicopter went down in open land 200 yards mauka of Honokaʻa-Waipiʻo Valley Road around 7 a.m. HST.

The 39-year-old male pilot reportedly got out of the crashed helicopter on his own and was transported by medical crews in serious condition to the North Hawaiʻi Community Hospital emergency room.

The cause of the crash was reported to be an engine failure. We will have more information as it becomes available.