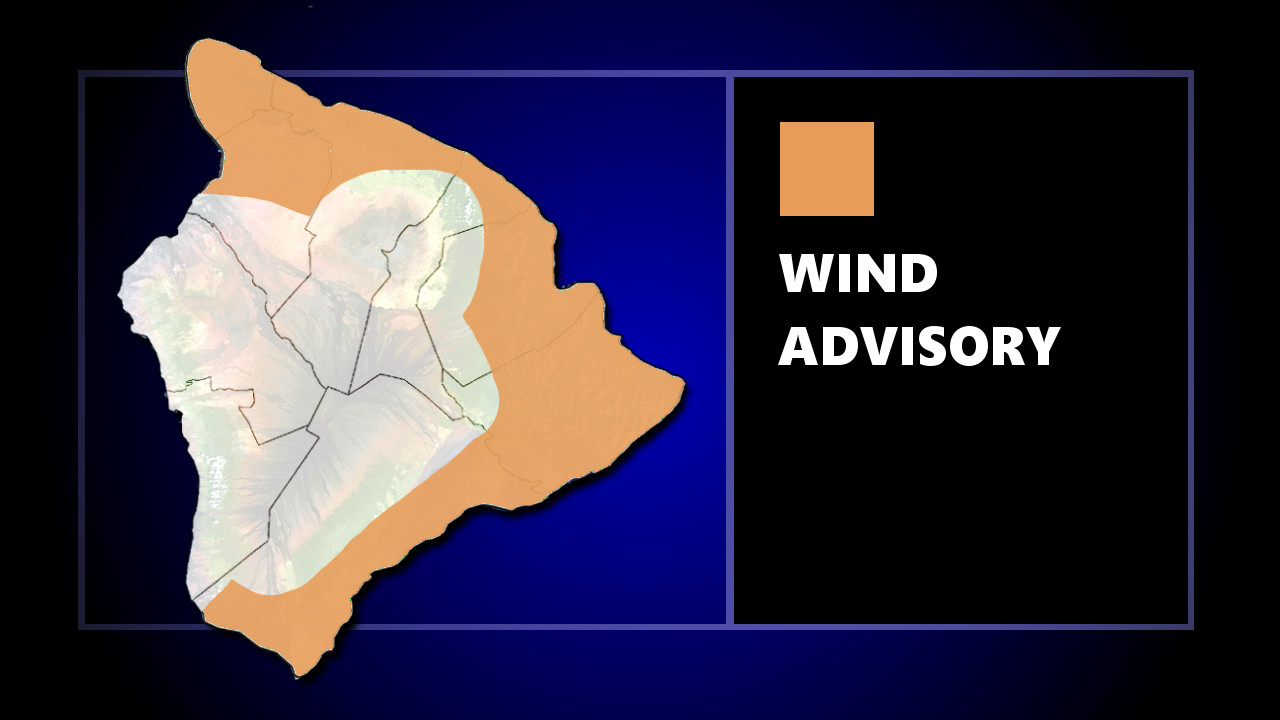 HAWAIʻI ISLAND - Northeast winds of 20 to 30 mph with localized gusts to 50 mph are expected around the windward side of the Big Island on Friday.

(BIVN) – The National Weather Service in Honolulu has issued a Wind Advisory for areas of Hawaiʻi Island, which is in effect until 6 a.m. HST Saturday.

Gusts up to 50 mph will be possible, forecasters say. Sustained northeast winds could blow at 20 to 30 mph.

“Winds this strong can bring down small tree branches, cause localized power outages, and making driving difficult where crosswinds are encountered,” the National Weather Service warned.

According to this morning’s discussion:

A mid-level ridge will persist, keeping the inversion in place, and maintaining stable conditions. This stability will lead to an enhancement of the already sturdy trade winds, with an overnight ASCAT pass indicating sustained open- ocean winds of 25 mph or more near the islands. Interaction with island terrain and daytime mixing is expected to bring wind gusts to 50 mph (and/or sustained 30 mph winds) to parts of Maui county and the Big Island where terrain acceleration is maximized, and a Wind Advisory has been issued through tonight.

Forecasters say the “breezy trades will keep rough surf in place along east facing shores over the next couple of days, but surf should hold just below advisory levels through Saturday.”