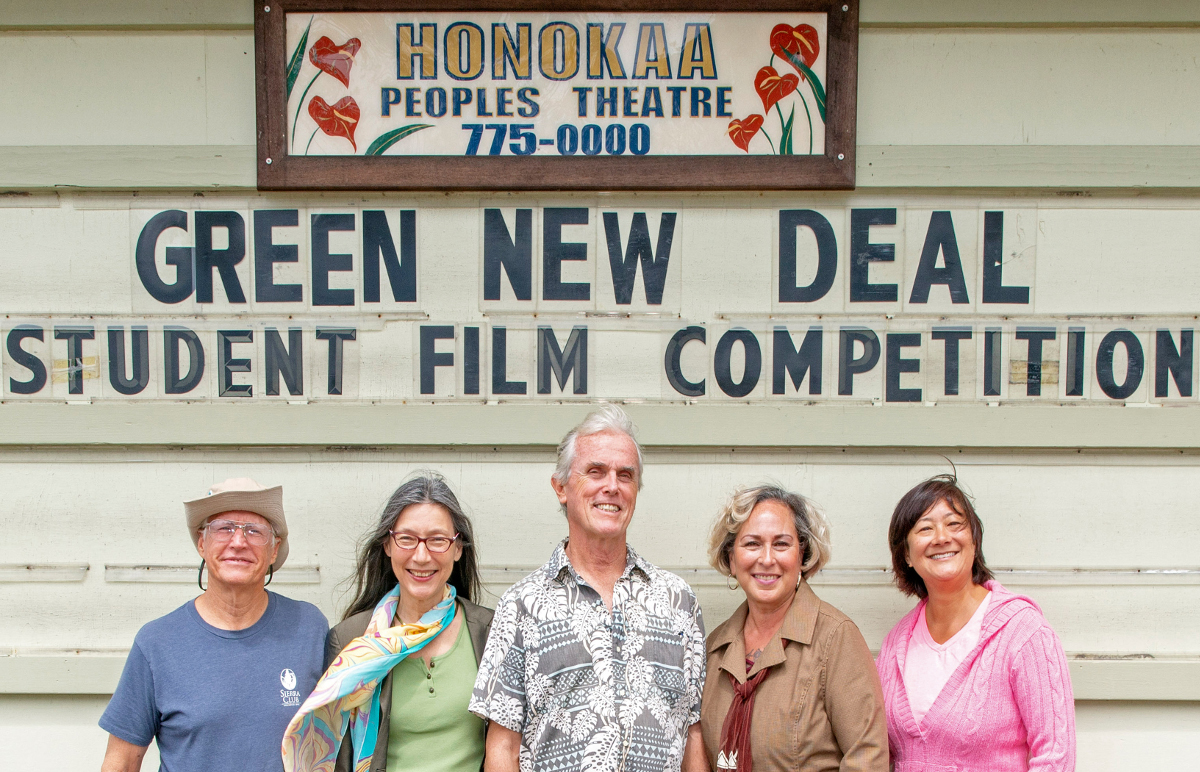 HONOKAʻA, hawaiʻi - The Pacific Earth Institute says two $1,000 cash prizes will be awarded May 31 during a public ceremony at the Honokaʻa People's Theater.

Films may be either a Mini Documentary or a Short, the organizers say. All entries will be screened and prizes will be awarded at a public ceremony on May 31, 2019 at the Honokaʻa People’s Theater.

Two $1,000 cash prizes will be awarded May 31 to the top student-produced short films from Hawaii Island submitted in the First Annual Green New Deal Student Film Competition. Entry submission deadline is 11:59 p.m. HST on May 1, 2019.

All Big Island high-school students are eligible to enter a short film about good jobs and a liveable planet. The competition is being jointly sponsored by the Hawaii-based Pacific Earth Institute and Sierra Club-Moku Loa chapter.

“We are at a time in history when young people around the world are locating their climate voice, and there is no reason why our local kids should be left out of the global discussion. This film festival is an opportunity to amplify Hawai’i voices on this dire issue,” said Koohan Paik-Mander, organizer of the competition.

All entrants must working with a Hawaii State Dept. of Education (DOE) School or private-school teacher in an advisory capacity. Home-school entrants must obtain a faculty signature from their affiliated DOE school.

Competition entry form and more details can be found at www.pacificearth.org