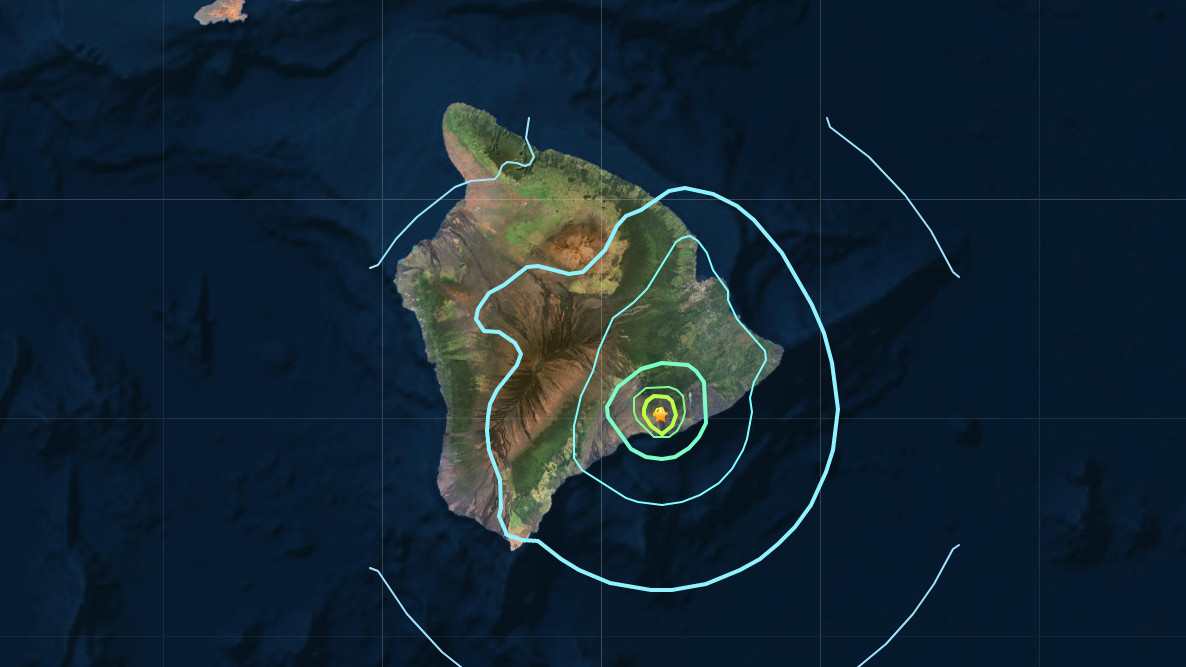 The earthquake occurred at a depth of 6.3 km and was felt all across the Big Island. It was felt strongest in Volcano Village.

For a short time, the USGS website also measured the earthquake at a possible Magnitude 4.8, but later appeared to confirm the Magnitude 5.3 measurement. The final number was a Magnitude 5.5.

The Pacific Tsunami Warning Center, which said the earthquake struck “in the Hilina region of Kīlauea Volcano,” reported that no tsunami is expected after the event. “However, some areas may have experienced strong shaking,” the PTWC said.

UPDATE: According to USGS Hawaiian Volcano Observatory seismic network manager, Brian Shiro, significant damage to buildings or structures is not expected. Shiro added, “We see no detectable changes in volcanic activity at the summit or along the rift zones of Kīlauea as a result of this earthquake. Aftershocks are possible and could be felt.” HVO continues to monitor Kīlauea and other Hawaiian volcanoes for any changes.

USGS added: “Kīlauea’s south flank has been the site of 16 earthquakes of magnitude-5.0 or greater during the past 40 years. Most are caused by abrupt motion of the volcano’s south flank, which moves to the southeast over the oceanic crust. The location, depth, and waveforms recorded as part of today’s earthquake are consistent with slip along this south flank fault.”

UPDATE: “As in all earthquakes, be aware of the possibility of after shocks,” wrote Hawaiʻi County Civil Defense in a statement. “If the earthquake was strongly felt in your area, precautionary checks should be made for any damages; especially to utility connections of gas, water, and electricity.”