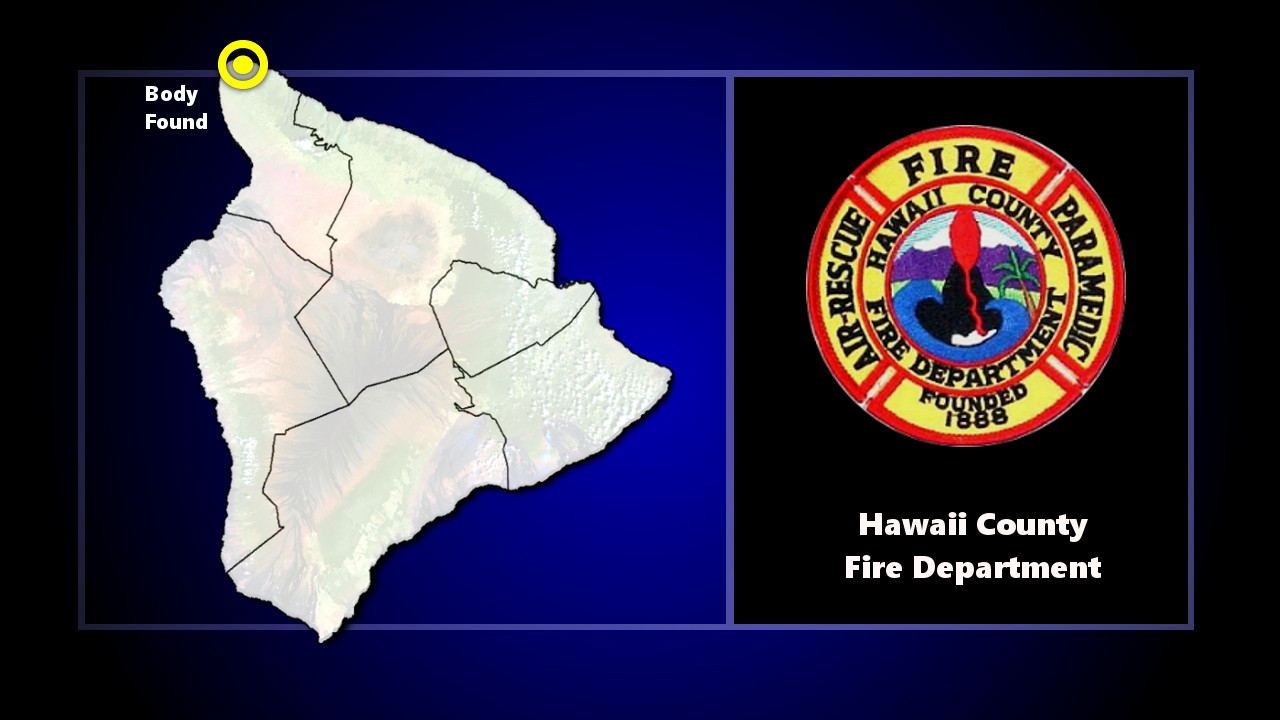 NORTH KOHALA, Hawaiʻi - Bystanders say a shark had submerged the body before Hawaiʻi County Fire Department crews were able to lift it out of the water.

(BIVN) – A body found floating in the water off the North Kohala coast was reportedly taken by a shark before rescue crews could retrieve it.

According to a dispatch from the Hawaiʻi County Fire Department, a North Kohala medic went to the end of Lokahi Road on Sunday morning, in response to a 10:53 a.m. report of a possible body floating in the water just northwest of Hanaula Gulch. The location of the body was about 30 yards out from a rocky point down a cliff, and about a half mile from the nearest road, the fire department said.

According to fire officials, the medic met with the hikers that reported seeing the body. A helicopter from the Waiakea Rescue Station arrived on scene and “observed what appeared to be a large tiger shark circling the body.”

Attempts were made to recover the body using the Billy Pugh net, fire officials say, “but due to the position of the body, attempts were unsuccessful.”

“In the process of putting a Fire Rescue Specialist in the Billy Pugh net to recover the body,” the fire dispatch stated, “a bystander reported that a shark had submerged the body and it was no longer visible.”

The rescue helicopter continued the search but was unable to locate the body. The Hawaiʻi Police Department arrived and is reported to have recovered belongings and a backpack of the victim on the top of the cliff. Police are in the process of notifying next of kin.