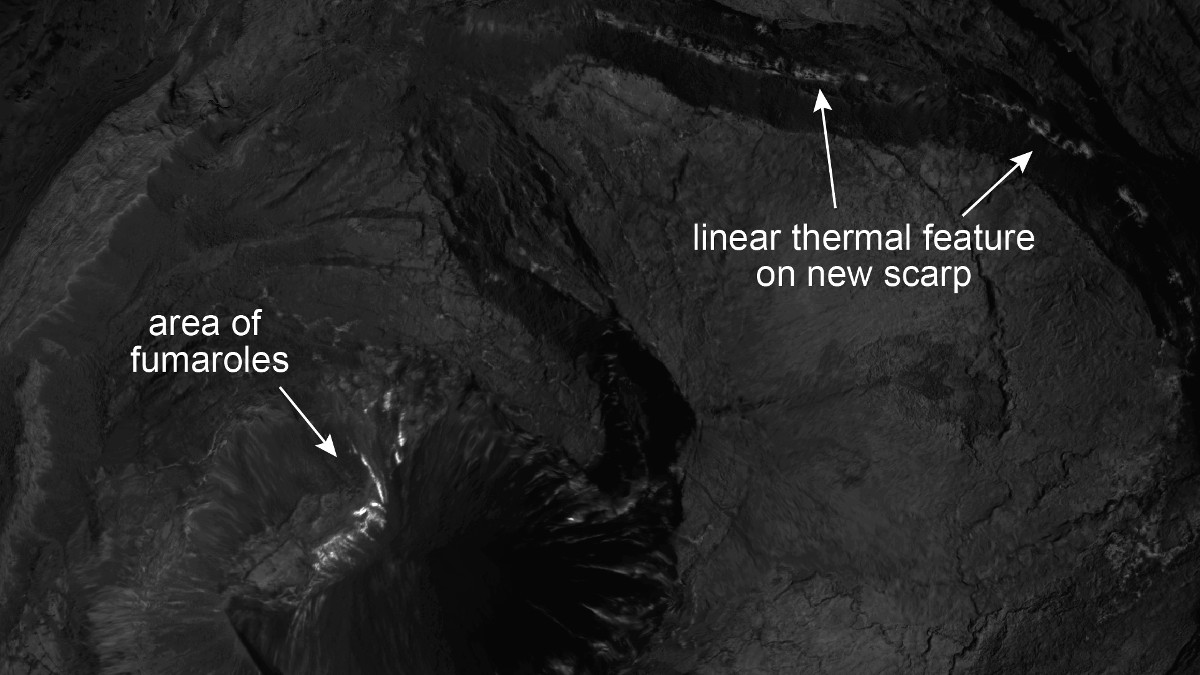 inset of USGS thermal map shows an area of fumaroles in the deepest part of the collapse depression at Halemaʻumaʻu crater. 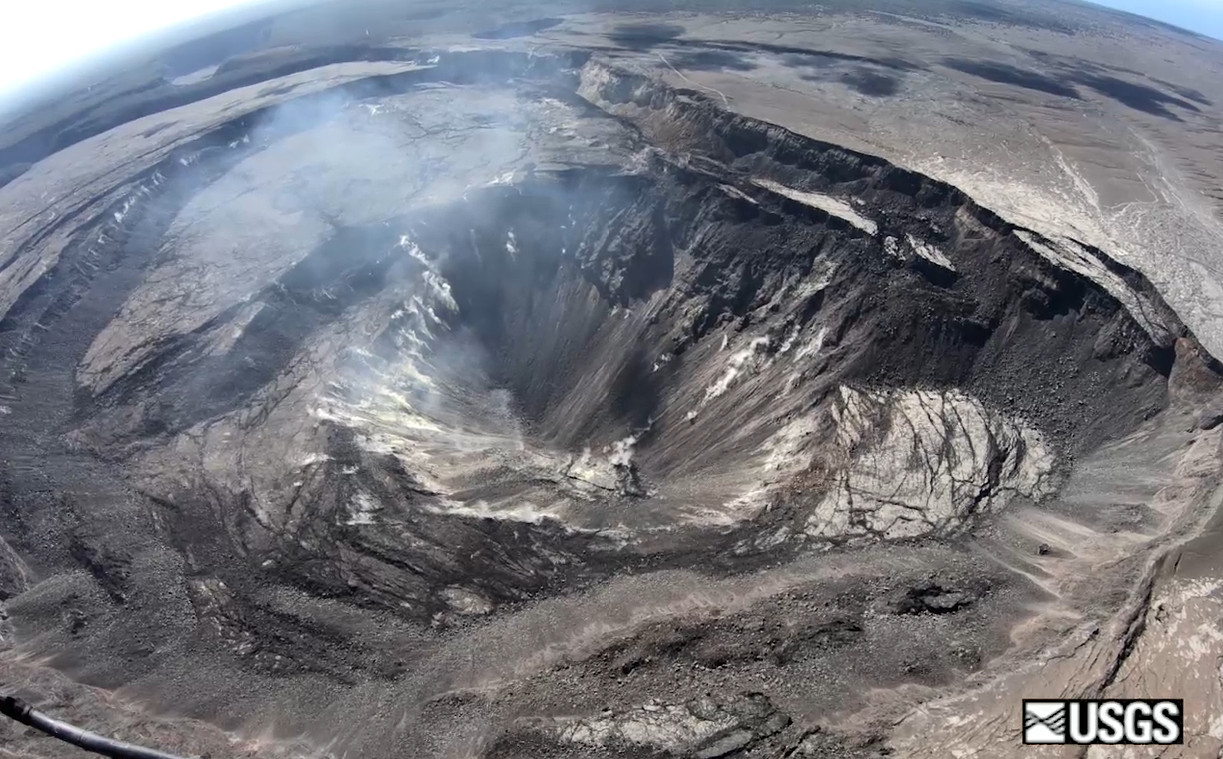 (BIVN) – A recent, routine overflight of Halemaʻumaʻu crater at the summit of Kīlauea Volcano has resulted in a new set of images posted to the USGS Hawaiian Volcano Observatory website.

“Faint plumes of volcanic gas are rising from yellow fumaroles on the walls of the deep conical pit,” read the caption on one wide-angle image. “Overall, no significant changes were observed at the summit on today’s overflight.”

HVO scientists put together a thermal map, which was constructed by merging about 1,300 images from a morning helicopter overflight on April 8.

The map “shows the distribution of some prominent thermal features in Kīlauea’s summit caldera,” the update says. According to HVO:

Another notable feature is a band of high temperatures along the face of the new collapse scarp that formed during summer 2018. The new scarp and underlying faults may now provide a pathway to the surface for hot volcanic gases rising from depth. No unusual changes were observed in the thermal map, and there is no indication that lava is near the surface at Kīlauea’s summit. 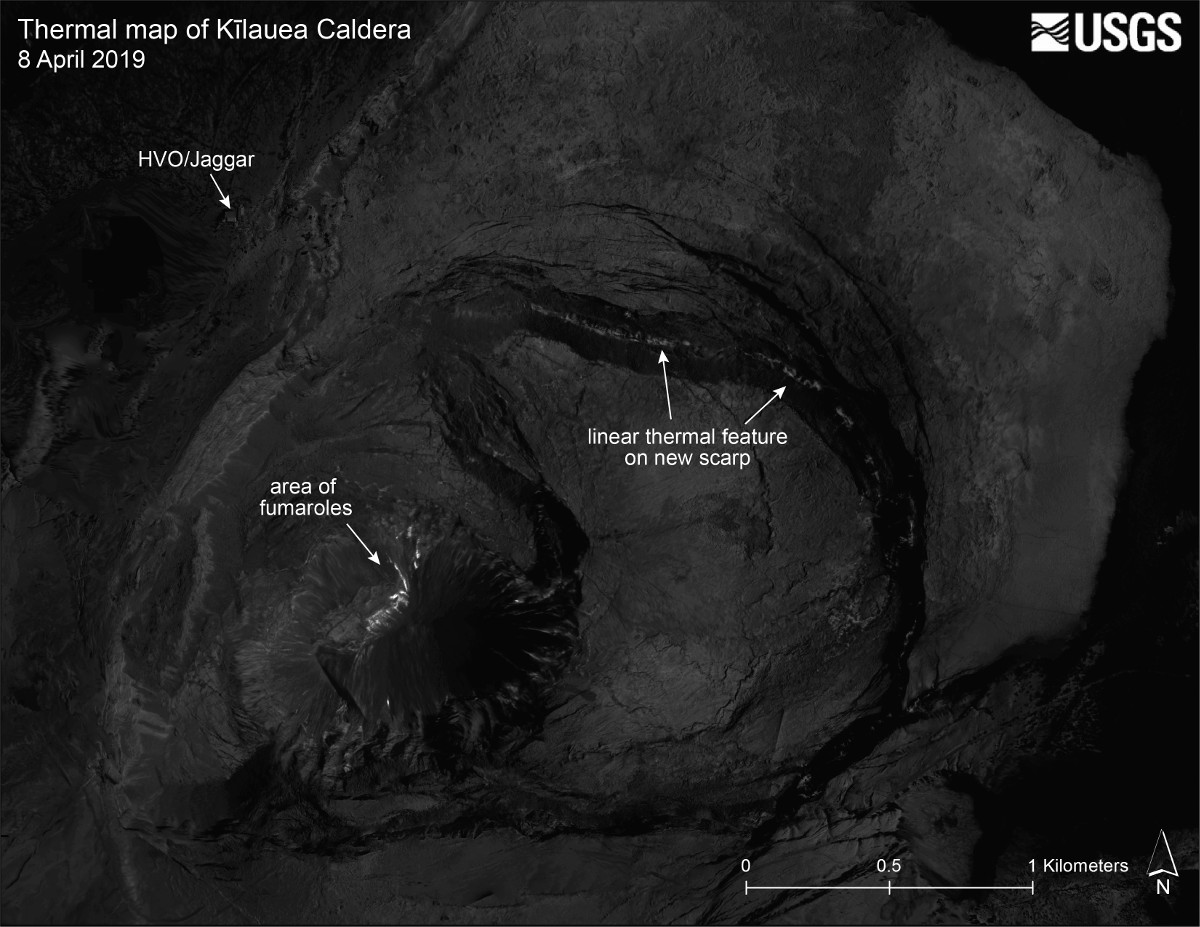 In another photo, scientists captured a koa‘e‘kea, or endangered white-tailed tropic bird, as it circled close to the northwest caldera rim at the summit. “Koa‘e‘kea continue to reside in the southwest part of the caldera, despite the dramatic changes in topography at Kīlauea’s summit over the past year,” HVO wrote. 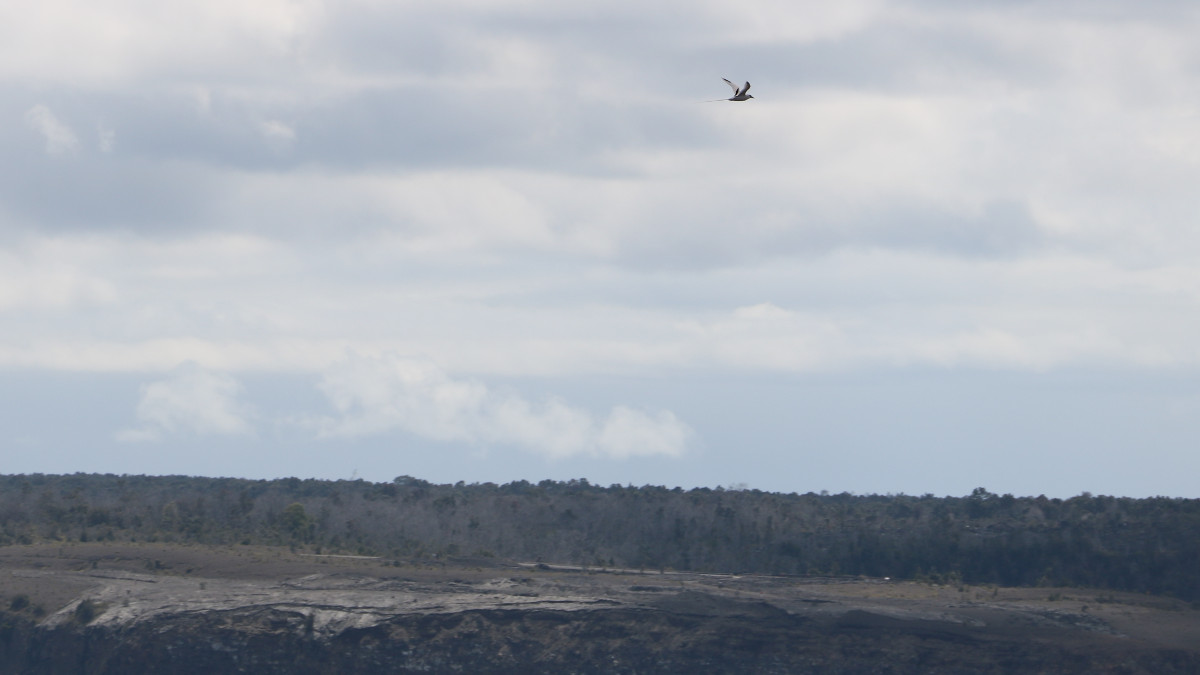 “Monitoring data over the past eight months have shown relatively low rates of seismicity, deformation, and gas emission at the summit and East Rift Zone (ERZ) including the area of the 2018 eruption,” scientists wrote in a Tuesday activity update. Kīlauea is not erupting, and as of March 26, the USGS Volcano Alert Level is at NORMAL/GREEN.