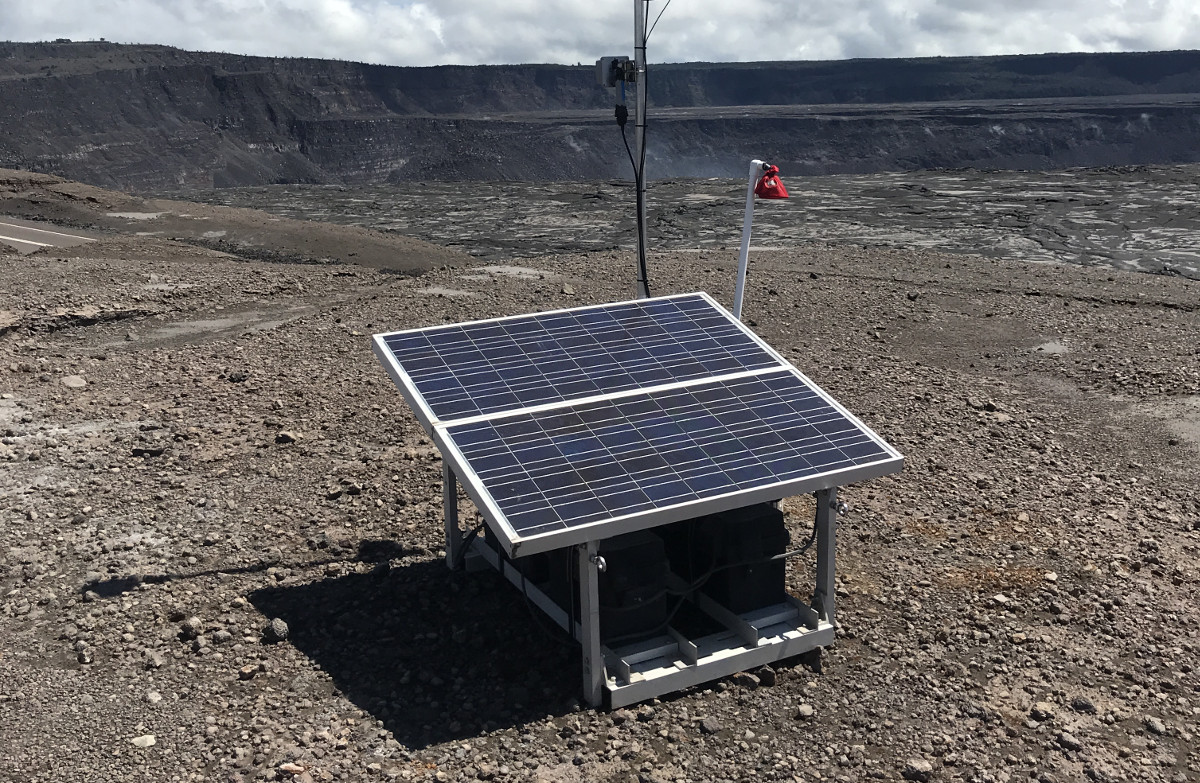 inset of MultiGAS station from USGS photo by F. Younger 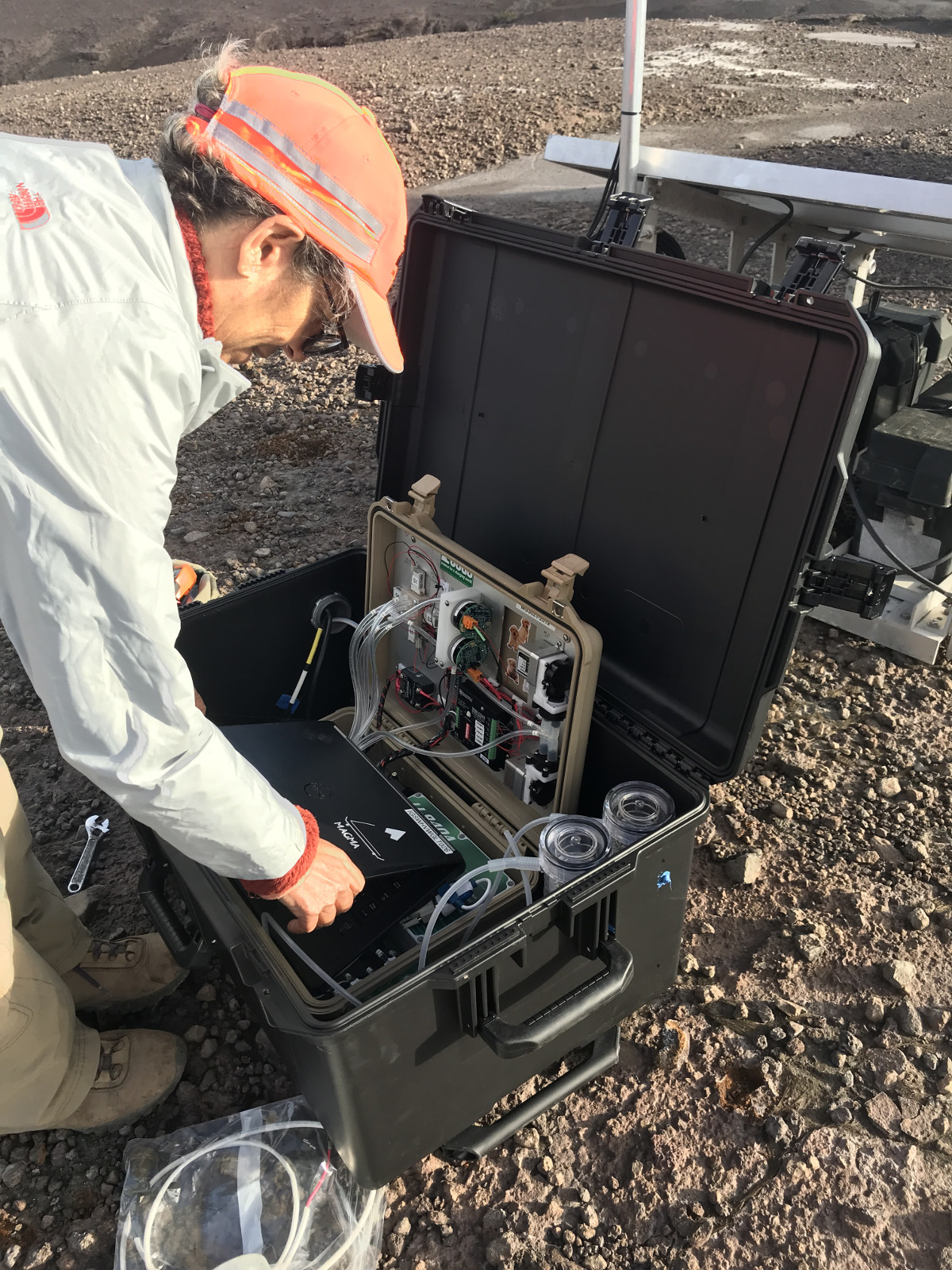 A close-up of the MultiGAS instrument (in tan box), which is placed inside a larger black box to protect the instrument from the weather. USGS photo by F. Younger

(BIVN) – Kīlauea Volcano is not erupting, and monitoring data collected by the USGS Hawaiian Volcano Observatory over the past eight months have shown relatively low rates of seismicity, deformation, and gas emission at the summit and East Rift Zone, including the area of the 2018 eruption.

“Currently, sulfur dioxide emission rates from the summit remain low,” a recent HVO website post stated. “The MultiGAS instrument collects an air sample and measures the concentrations of volcanic gases such as sulfur dioxide and carbon dioxide, as well as collecting data on environmental parameters like temperature and pressure. The collected data is transmitted by radio to HVO, providing a record of changes in gas concentration that helps in understanding magma depth and the pathways by which gas reaches the surface.”

“Hazards remain in the lower East Rift Zone eruption area and at the Kīlauea summit,” scientists wrote. “HVO maintains visual surveillance of the volcano with web cameras and occasional field visits. HVO will continue to issue a weekly update (every Tuesday) until further notice, and we will issue additional messages as warranted by changing activity.” 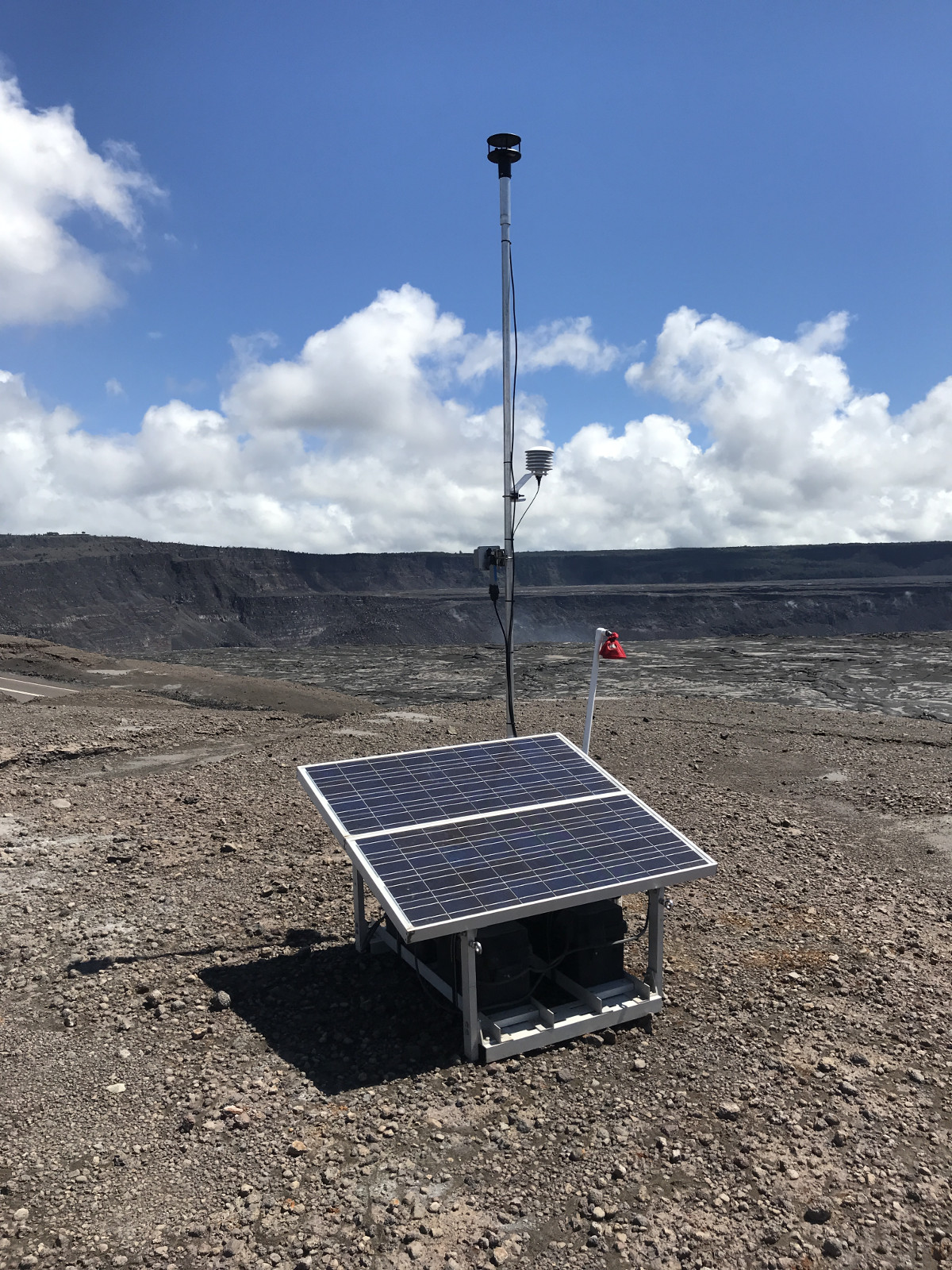