HONOLULU, Hawaiʻi - The Hawaiʻi State Senate on its final day approved the nomination of Mike McCartney to serve as the director of the Department of Business, Economic Development and Tourism. 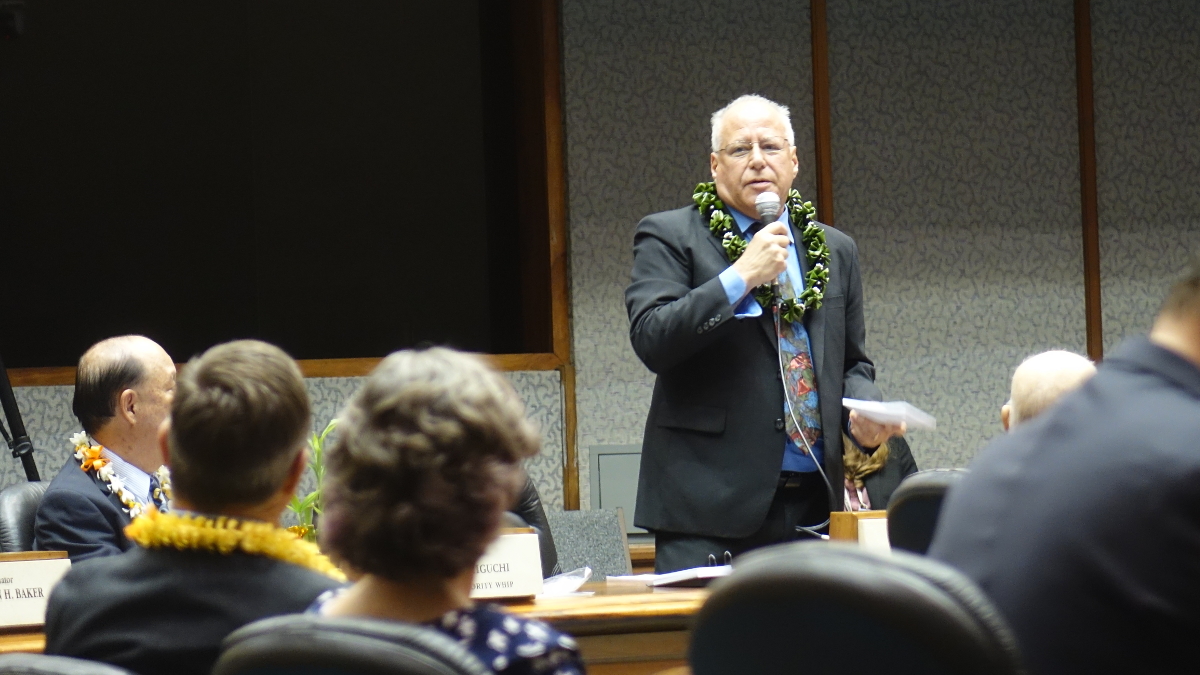 (BIVN) – On May 2, the Hawaiʻi State Senate voted to confirm the nomination of Mike McCartney to serve as the director of the Department of Business, Economic Development and Tourism (DBEDT).

McCartney was Governor David Ige’s chief of staff from December 2014 until January 2019, when he appointed director of DBEDT. “He has a diverse resume with experience in the private and public sectors that will serve DBEDT well, including past president and chief executive officer of the Hawaiʻi Tourism Authority, executive director of the Hawaiʻi State Teachers Association, director of the Department of Human Resources Development Management and president and CEO of PBS Hawaiʻi,” the Governor wrote. “Mike also served in the Hawaiʻi State Senate for 10 years”

It was a divisive vote. On April 29, the Senate Committee on Energy, Economic Development, and Tourism, chaired by Senator Glenn Wakai, did not advise and consent to the nomination. During the uncomfortable committee hearing, an unhappy Wakai peppered McCartney with an questions, accusing of being a poor communicator.

“Those running the state cannot be just nice and kind,” Senator Wakai said on the senate floor before the final vote. “They have to be competent. They have to be responsible. Mr. McCartney’s mantra is to go fast you have to go slow. That is not how businesses function.”

“I urge you to vote no with me on Mr. McCartney’s confirmation,” Wakai said. “The public deserves much better.”

“I can’t help but note that there was no opposing testimony to the nomination and a hundred percent supportive testimony,” Ruderman began.

“Mr. McCartney came to Puna to spend the day with me during our crisis last year, not once but twice. I observed in him a good, caring person with a good heart and a lot of aloha,” Ruderman said. “In viewing the confirmation hearing, I watched a good man and a friend treated with shocking disrespect. Only once before have I seen such mistreatment of a nominee in our house. No one’s perfect. He’s been criticized for a lack of communication. Communication is a two-way street. If you treat someone with antagonism instead of aloha, it’s hard to expect open communication.”

“I’m more influenced by the testimony provided in public which can be seen and responded to,” Ruderman concluded. “For me, that must outweigh whispers, hidden agendas, and personal vendettas. I’ll be voting along
with a hundred percent of the testimony.”