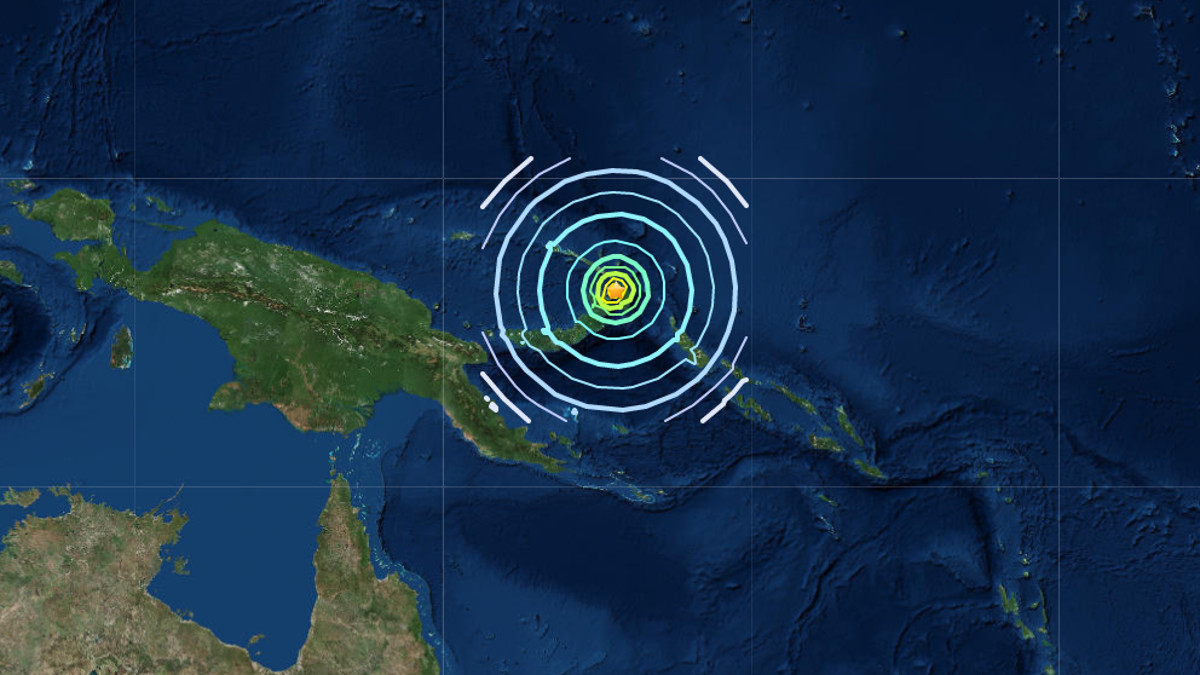 map of tsunami location from interactive map by USGS

7.5 Earthquake Near Papua New Guinea, No Tsunami For Hawaii

HAWAIʻI ISLAND - For a short time following the earthquake, experts were closely monitoring in an attempt to determine if there would be a threat to Hawaiʻi. The possibility of a threat eventually passed.

(BIVN) – The Pacific Tsunami Warning Center confirms there is no threat to the Island and/or the State of Hawaiʻi, after a strong earthquake this morning near the New Britain Region of Papua New Guinea.

At first, the Pacific Tsunami Warning Center, or PTWC, stated “a tsunami threat exists for parts of the pacific located closer to the earthquake, but it is still too early to determine whether there is a possible tsunami threat to Hawaii.” Forecasters said that if there was a threat to Hawaiʻi, the earliest estimated time the hazard might begin would be 11:22 a.m. HST.

At 3:59 a.m. HST, the PTWC issued a new statement, saying “a tsunami threat exists for parts of the pacific located closer to the earthquake. However… based on all available data… there is no tsunami threat to Hawaii.”

In a final message, the PTWC said “no tsunami waves were observed at the closest sea level gagues, however here are no sea level gauges near the epicenter.”

Hawaiʻi County Civil Defense followed up with an alert message saying that there was no threat to Hawaiʻi from the earthquake.