HILO, Hawaiʻi - A Permitted Interaction Group, formed by the Hawaiʻi Board of Geographic Names, has arrived on Hawaiʻi Island in order to hold meetings to name Fissure 8 and other geographic features created by Kīlauea.

(BIVN) – Meetings to discuss the name proposals for features created by the 2018 eruption of Kīlauea Volcano are underway on Hawaiʻi Island.

Today in Hilo, members of a Permitted Interaction Group, formed by the Hawaiʻi Board of Geographic Names, met with local officials and some of the people recommending names for the new volcanic features.

The gathering, which included light pupus and friendly discussion, set the tone – officials hope – for the public meeting to be held later in the day in Pāhoa.

Hilo Councilowoman Sue Lee Loy helped organize the gathering. Lee Loy introduced a resolution, passed last year by the Hawaiʻi County Council, urging the state board “to consult with community members who have direct traditional, cultural, and familial ties to the district of Puna to establish an appropriate name for the Fissure 8 vent.”

In the above video, Marques Hanalei Marzan, chair of the Hawaiʻi State Board on Geographic Names and a member of the Permitted Interaction Group, explains the community outreach process.

Fissure 8 is the temporary name given by scientists to chronicle the 8th and most destructive of the 24 fissures to erupt lava last year on Kīlauea Volcano’s lower East Rift Zone.

This evening’s meeting will take place at the Pāhoa Community Center starting at 5 p.m.. The meeting is open to the public.

Here is a list of recommended names received so far by the Hawaiʻi State Board on Geographic Names: 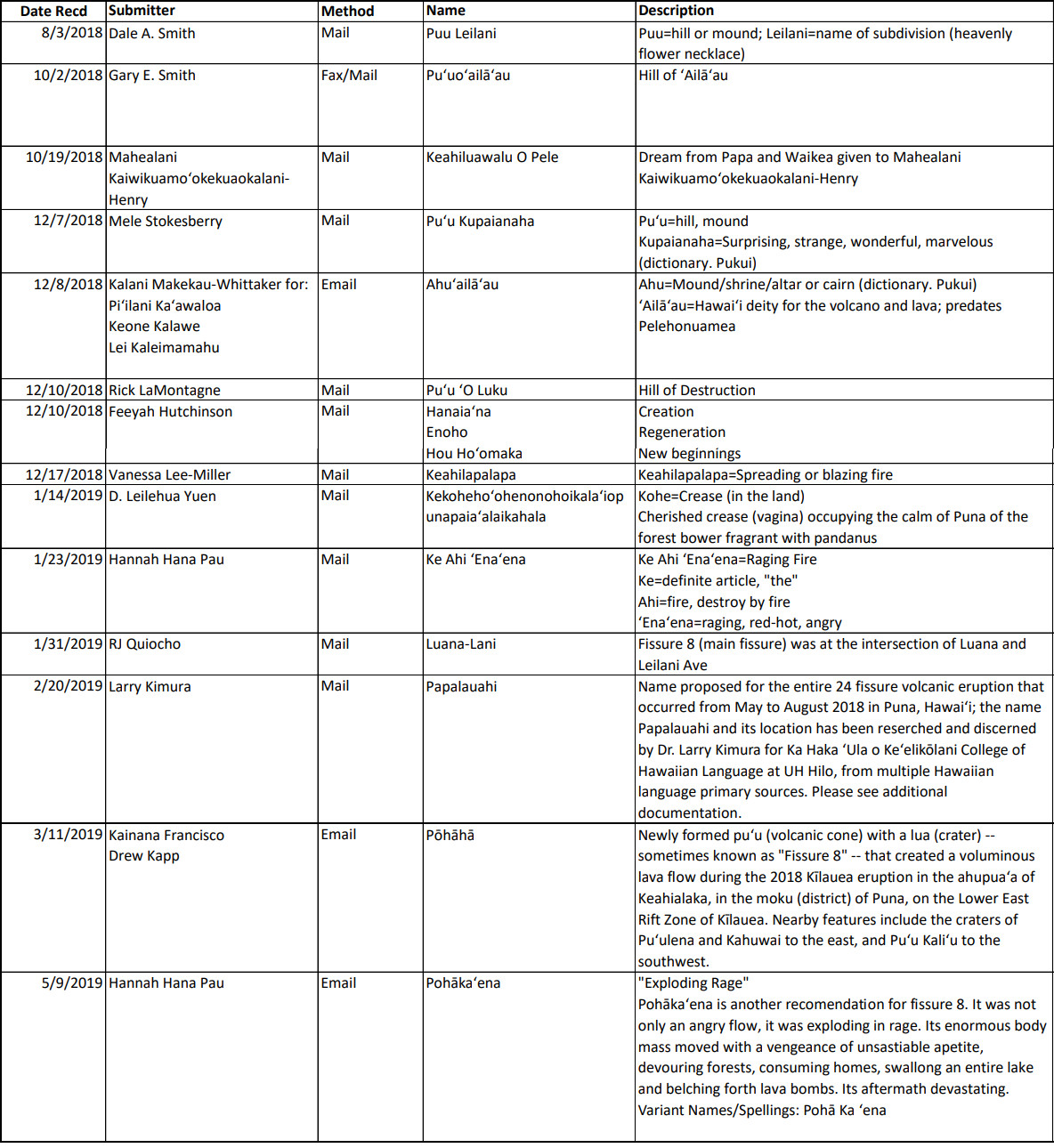