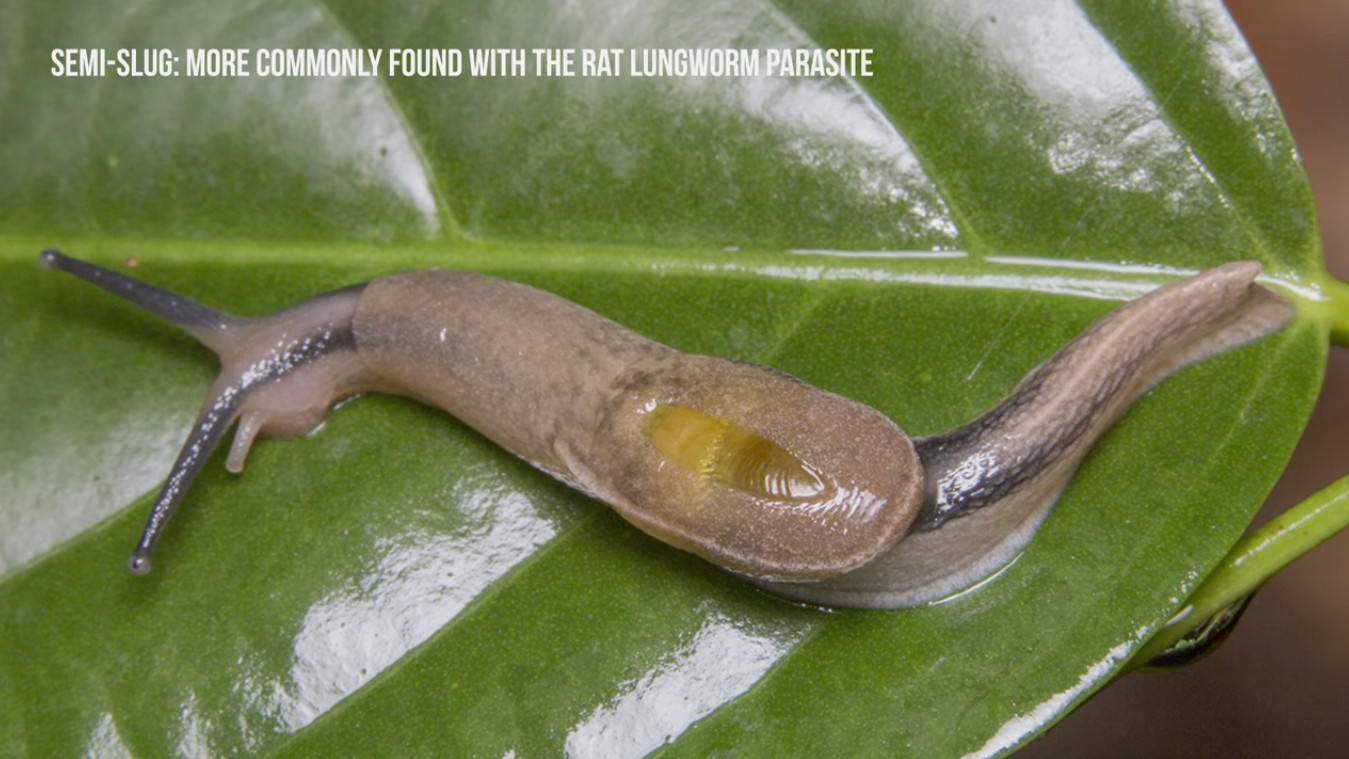 HAWAIʻI ISLAND - One of the individuals, who visited East Hawai‘i in December 2018, became infected by purposely eating a slug on a dare, health officials say.

(BIVN) – Three more cases of angiostrongyliasis, or rat lungworm disease, have been confirmed in visitors to Hawaiʻi Island.

The Hawaiʻi Department of Health reports the individual cases of infection are unrelated to one another. One occurred in East Hawaiʻi, and the other two appear to have been contracted in West Hawaiʻi.

The Hawai‘i Department of Health (DOH) has received notification from the Centers for Disease Control and Prevention (CDC) that its laboratory confirmed three unrelated cases of angiostrongyliasis, or rat lungworm disease, in visitors to Hawai‘i Island. All three individuals are adult residents of the U.S. mainland and were traveling in Hawai‘i when they were infected with the parasite causing rat lungworm disease.

One of the individuals visited East Hawai‘i in December 2018 and became infected by purposely eating a slug on a dare. The individual became ill in late December and was not hospitalized for their symptoms. The adult visitor was the eighth person infected on Hawai‘i Island who tested positive for angiostrongyliasis in 2018, bringing the statewide total to 10 confirmed cases last year.

The other individuals confirmed by the CDC laboratory were traveling on the west side of Hawai‘i Island during their visits. One of these individuals became ill in early January 2019 and was not hospitalized for their symptoms. After an investigation, it is not known how the individual was infected, however, they do remember eating many homemade salads while on vacation. The other individual became ill in late February 2019 and was hospitalized for a short time. The investigation was not able to identify an exact source of infection, but the individual likely became infected while “grazing,” or eating unwashed raw fruits, vegetables and other plants straight from the land.

With the additional cases confirmed by CDC, this brings the statewide total to five confirmed cases of angiostrongyliasis in 2019, all of which were contracted on Hawai‘i Island.

“It’s important that we ensure our visitors know the precautions to take to prevent rat lungworm disease, which can have severe long-term effects,” said Health Director Bruce Anderson. “Getting information to visitors about the disease is just as critical as raising awareness amongst our residents. We recognize that there is more work to be done in educating residents and visitors and making sure they know how to prevent the spread of this disease.”