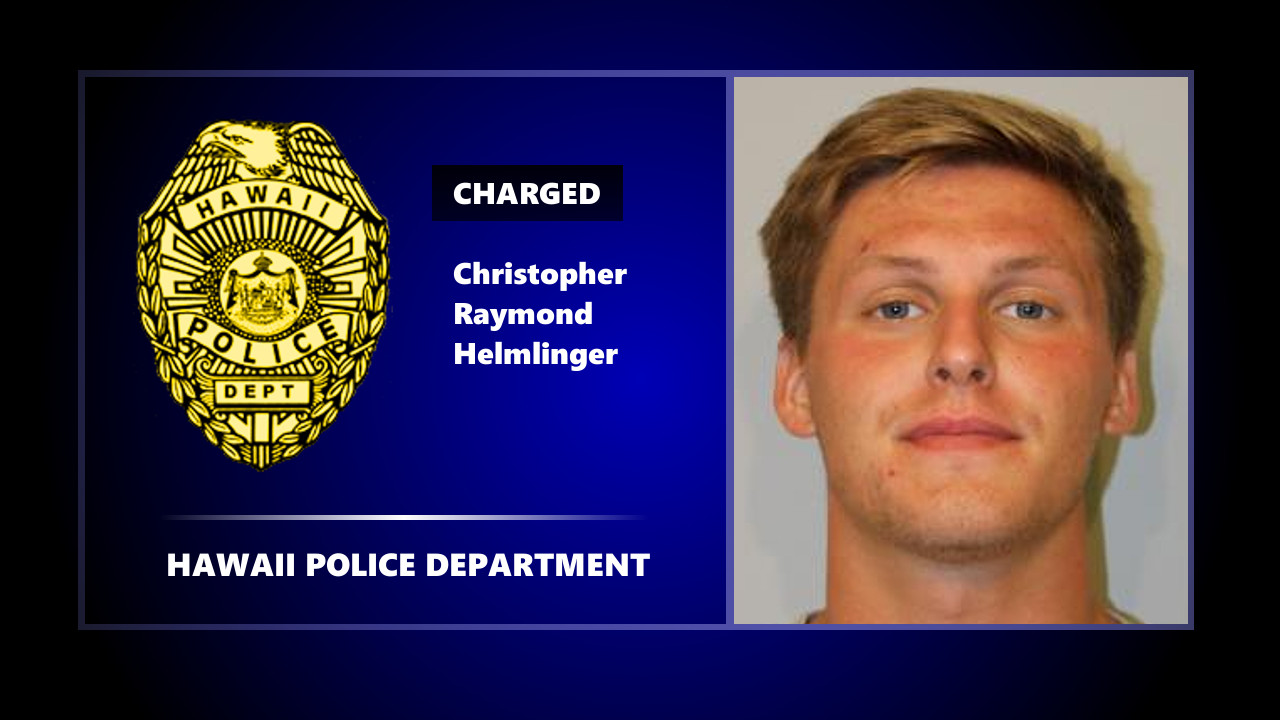 (BIVN) – A 21-year-old man has been charged in the wake of the deadly May 22nd crash on Highway 190 that killed Hawaiʻi Fire Department Captain David Alan Mahon of Kailua-Kona.

A 21-year-old man has been charged for an offense stemming from a traffic collision with a 49-year-old Kailua-Kona man.

After conferring with prosecutors, at 8:20 p.m., (May 23), Area II Traffic Enforcement Officers charged Christopher Raymond Helmlinger with Manslaughter. His bail was set at $100,000. Helmlinger remains in police custody pending his initial court appearance scheduled for today, Friday, (May 24).

Helmlinger’s charge stems from the traffic collision that occurred in the Kona District on Wednesday morning, (May 22). Responding officers discovered an unresponsive man lying on the roadway on Highway 190 near the 14-mile-marker. Traffic Enforcement Officers investigations determined that Helmlinger was passing several vehicles in a no-passing zone just south of the Daniel K. Inouye Highway intersection. Witnesses reported that they had observed a white 2006 Honda Pilot S.U.V. driving in a reckless manner and passing several vehicles in a single pass at speeds over the posted 50 mph. Witnesses later identified the driver as Helmlinger.

The victim in the traffic collision was later identified as Hawaiʻi Fire Department Captain David Alan Mahon of Kailua-Kona.

Manslaughter is a Class “A” felony which is punishable of up to 20 years in prison.

The Traffic Enforcement Unit continues to ask for anyone who may have witnessed the accident to contact Officer Jason Foxworthy at (808) 326-4646 ext. 229.